Find out the results of two, secondary school GIS skills competitions that were held recently in Ontario and Manitoba and learn how you can get your students involved next year.

The annual Skills Canada Secondary School GIS Competition enables students to showcase their GIS capabilities and challenge themselves in the process. Let's take a look at this year's results in two competitions held in Ontario and Manitoba.

In teams of two, the students were challenged to create two, on-road cycling routes around the Town of Milton to highlight the new Mattamy National Cycling Centre (built for the TORONTO 2015 Pan Am/Parapan Am Games) and the abundance of natural point-of-interests in nearby Niagara Escarpment. Using ArcGIS for Desktop, students followed criteria in order to select suitable locations for the cycling routes. ArcGIS Online was used to access data on population density and to allow for background information about the Town of Milton.

Congratulations to the winners from the Waterloo Region District School Board who have participated for two years in a row. They worked hard and presented a well-prepared solution. 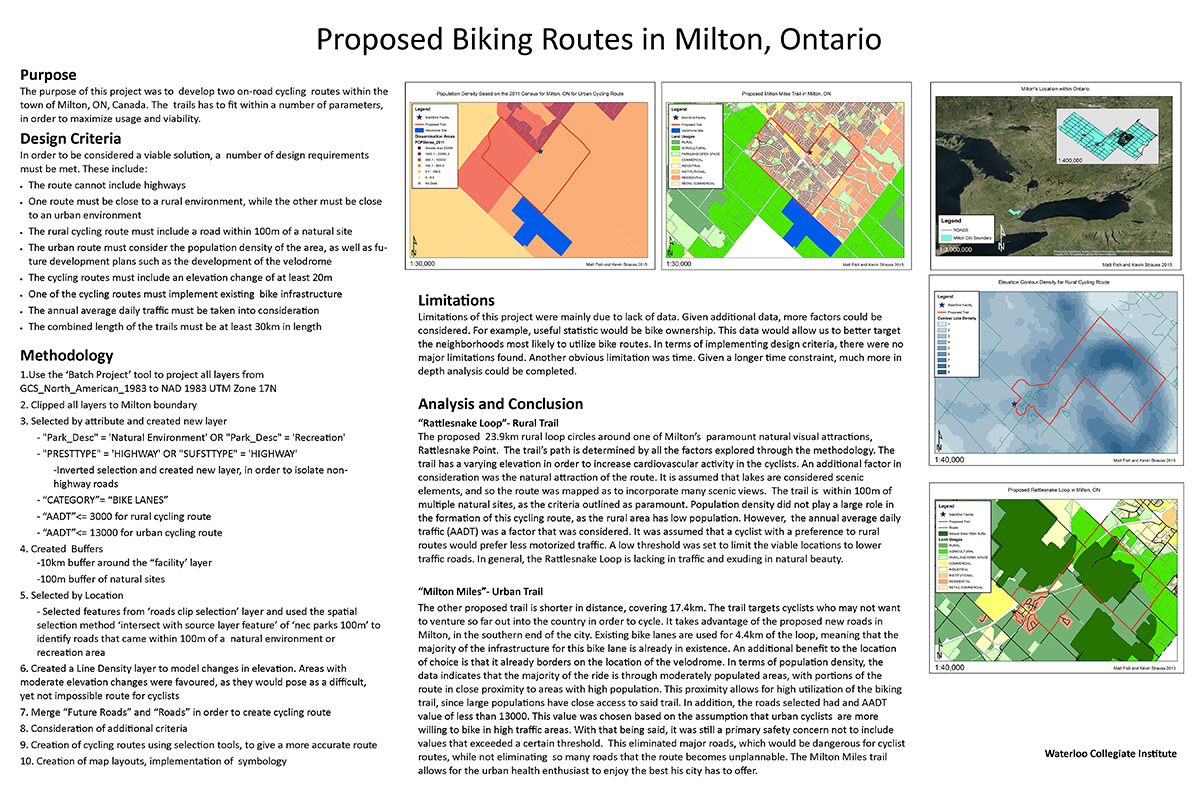 A nod also goes to the team from Bluewater District School Board who came in second place. Not bad for their first time at the Skills Competition. We hope to see you again next year!

A big thank you goes to Catherine Baldelli from the Town of Milton for helping us acquire the licensed data for the competition question.

Three students from Neelin High School in Brandon, MB participated at this year’s Skills Manitoba Secondary GIS competition, which took place on April 9th. This year’s problem focused on the issue of overcrowding in schools. Using ArcGIS for Desktop, students were challenged to find new locations for schools in California.

Congratulations to grade nine-student Caitlin Cote for winning the competition. We hope she will participate again next year, too.

See the final results of the GIS competition on the Skills Manitoba Competition Web page.

You can also explore our Skills Canada – Ontario Web page and blog post if you’re interested in learning more about the Skills competitions.