Esri Young Scholars are an exemplary group of students who, in normal years, meet in San Diego at the Esri UC and form connections that last well beyond the conference. This year’s Esri Young Scholar from Canada, Spencer Elford, will not have the opportunity to travel, but he will still get to meet Young Scholars from around the world at the virtual UC.

As the impacts of the COVID-19 pandemic were becoming visible around the world in March, Canada’s 2017 Esri Young Scholar (EYS), Emily Acheson, decided to contact other Young Scholars from her year to gather examples of how GIS was being used to map the spread of the disease in different countries. After returning from the Esri User Conference in 2017, Emily had expressed hope that she would remain friends with everyone she had met. That hope must have held true because she received positive responses from a dozen Young Scholars from as far away as Hong Kong and New Zealand. Together, they compiled information on how data are being collected, mapped and shared with the public in each country.

With this year’s Esri User Conference now a virtual event, Spencer Elford, Canada’s 2020 EYS, won’t have the opportunity to meet with other Young Scholars in person that past winners have had. Instead, he’ll have the opportunity to see if the same sort of lasting connections can be built through Zoom. The changed format is a disappointment to Spencer. As a master’s student at the University of Toronto and a past Esri Canada GIS Scholarship recipient who will soon be starting his career in GIS, he was looking forward to “meeting with other users in [his] field [who] can inspire [him] to think differently about how [he] approaches spatial problems” as well as talking to Esri solutions experts about the latest technologies. A self-confessed “map nerd,” Spencer is currently studying air pollution and exposure risk in urban environments. His poster will be on display in the virtual Map Gallery during the UC. 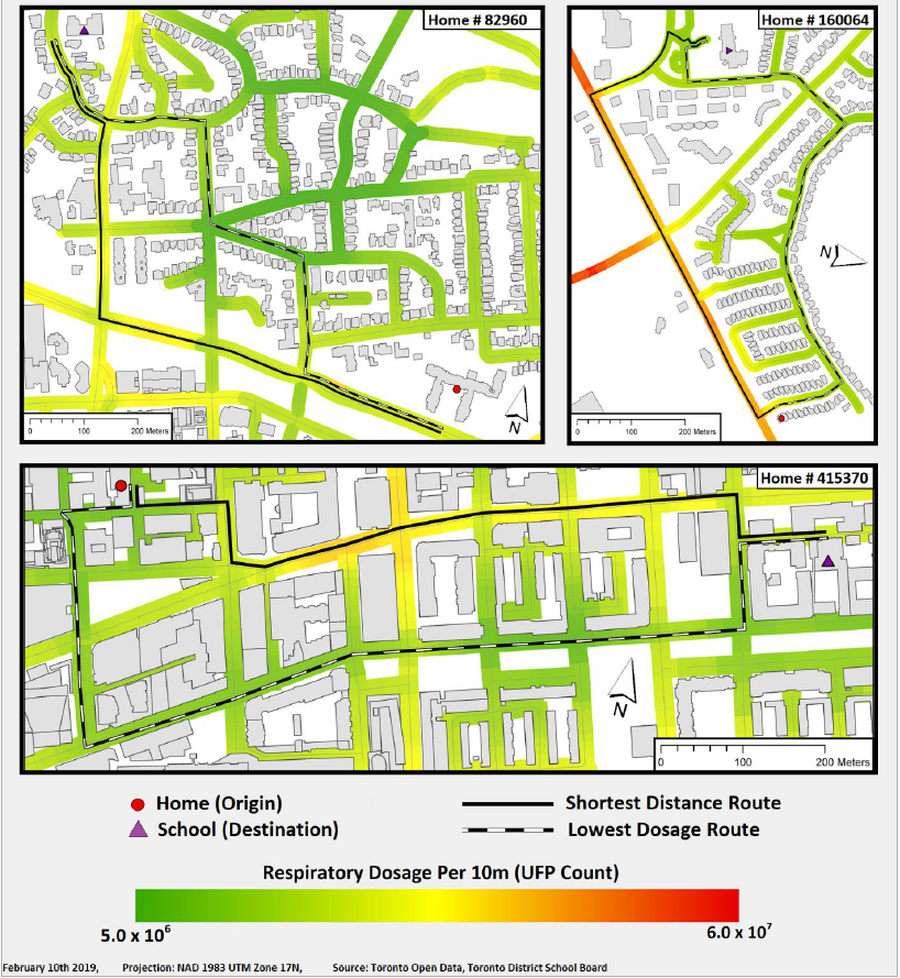 While attending the virtual UC will be a different experience than attending the event in-person, the change in the format means that many more students will be able to attend, including Sean Leipe, the runner-up in this year’s EYS competition in Canada. Although Sean recognized the value of the networking opportunities offered at the UC, he was also interested in attending the technical workshops and paper sessions to improve his GIS skills. This is now available to all current students and 2020 graduates through the Student Access registration, which provides free access to the Plenary Session, Esri Technical Sessions, User Presentations, Map Gallery, networking, and recorded sessions and demos.

Any students who attend this year’s virtual UC will likely find the experience less overwhelming than last year’s EYS Caitlin Cunningham found the in-person experience to be. She discovered that there were as many people in the audience during the opening plenary as there were students at her university! Despite the overwhelming numbers, Caitlin enjoyed the plenary, in large part because of one of the speakers: “Dr. E.O. Wilson is one of the scientists who has influenced my work the most, particularly his work around Half Earth (setting aside 50% of the planet for conservation). One of the key motivating questions for the project I submitted for the EYS competition was how well the Half Earth vision is playing out in the biodiversity hotspots (currently it has been met in 2 of the 36 hotspots). Getting to hear him speak live was amazing – and on stage with Jane Goodall? You can’t get much better than that! I really appreciated how positive and hopeful they were. Working in conservation it is so easy to be negative and start to lose hope. Stories about species going extinct and habitat being destroyed are so common that it is hard to focus on the good work being done around the world. Hearing two of the greatest minds in conservation talk with such optimism was amazing and a good reminder of why I got into this field in the first place.”

The 2020 Esri UC will be held July 13 to 16. Visit the site to register and view the agenda, and be sure to visit the Esri Young Scholars section in the Map Gallery during the event.