This year’s top-ranked students are four women who explore different aspects of conservation and sustainability in their research. Find out who they are and the work that they are passionate about.

For the past several years Esri, in cooperation with its’ international distributors has recognized the exemplary work of students through the Esri Young Scholars Award (EYS). In Canada, all undergraduate and graduate students who use ArcGIS in their research, regardless of their field of study, are invited to apply for this prestigious award. Among this year’s applicants were students in landscape architecture, environmental sciences, and health, demonstrating the diversity of geospatial applications.

The winners at each academic level (college, undergraduate, masters and PhD) are from diverse backgrounds, yet all share a passion for GIS and applying it to address environmental issues, whether local, provincial or global. They are also all current or past Esri Canada GIS Scholarship recipients.

The winner of Canada’s EYS award is Caitlin Cunningham, an Interdisciplinary PhD student at Dalhousie University. Caitlin has a long-standing love of maps. In her application, she wrote, “My favourite book growing up was my atlas, and I spent hours poring over the pages, learning the Andes from the Alps, Svalbard from the Seychelles and tracing the pictures to make my own maps.” As a GIS intern in Dalhousie Libraries’ GIS Centre, she curated a collection of over 13,000 photographs donated by Canadian astronaut Chris Hadfield and created the  Chris Hadfield Space Photographs Collection Story Map to showcase some of those photos. 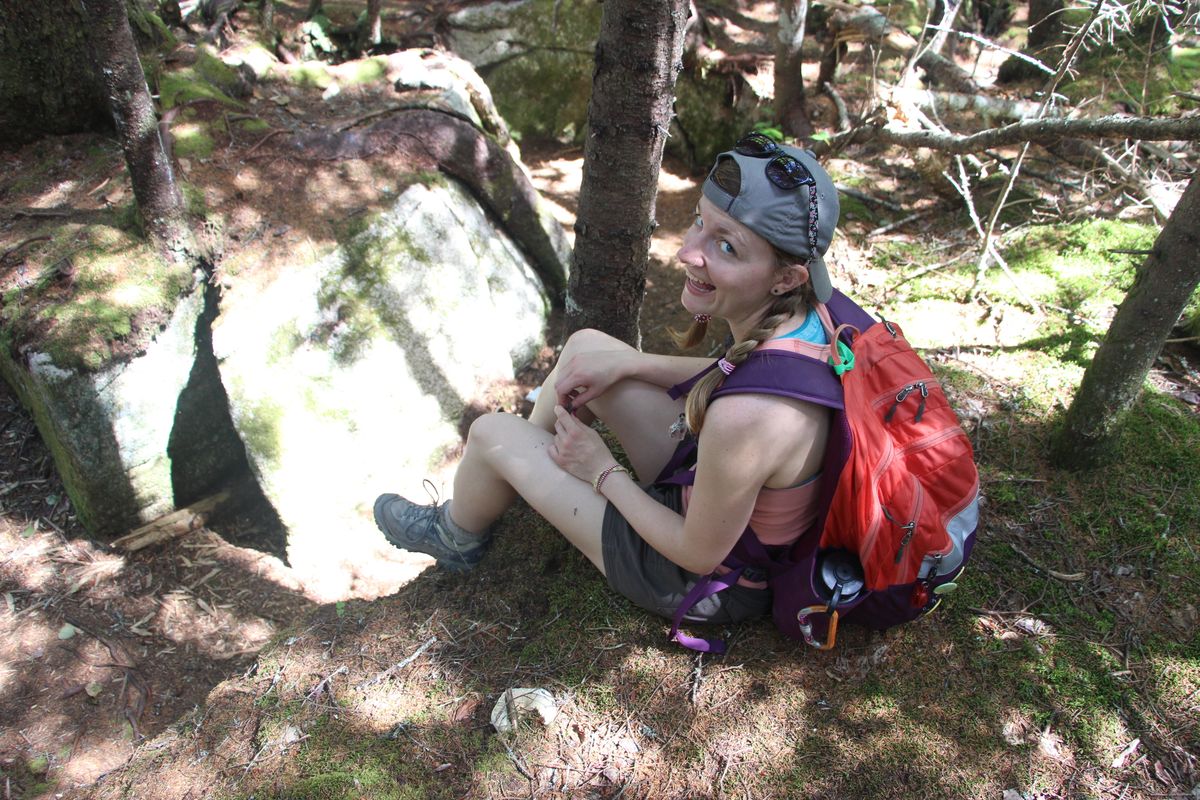 Caitlin Cunningham taking a break during a hike in the Five Bridge Lakes Wilderness Area outside of Halifax, in the summer of 2018.

Caitlin’s PhD research focuses on conservation, particularly in urban areas, and how people and nature can better co-exist. The research that she submitted for the EYS competition centred on biodiversity hotspots that had been identified to help focus global conservation efforts. She analyzed how protected areas in the hotspots have changed over the last 20 years to determine if they really were magnets for global conservation. She also looked at how human population densities have changed in the hotspots over the same time-period and looked for correlations between the two. While no correlation was found between changes in protected areas and changes in human population densities, the research did show that the establishment of protected areas in the hotspots has mainly been occurring in the developed world and that concerted effort is needed to establish protected areas in biodiversity hotspots in developing nations. 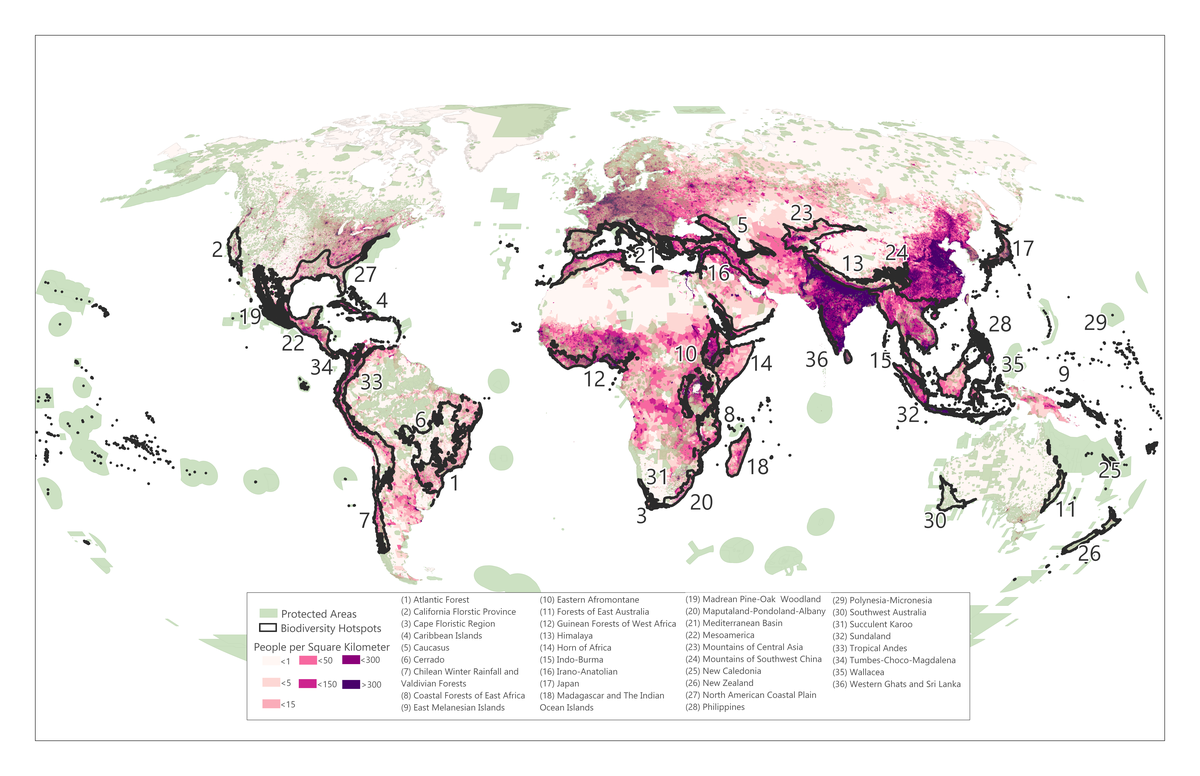 Karli Graham had never used ArcGIS before starting the Forest Technology program at the Northern Alberta Institute of Technology. Now, just two years later, she looks for any opportunity to use GIS and has even turned down jobs that didn’t involve mapping, but she doesn’t find the choice limiting: “I love that [GIS] can take you in any direction of employment.” She chose the Forest Technology program because of a love of being outdoors and a desire for adventure. After learning to use Collector for ArcGIS in her courses, she found a summer job that involved collecting field data for future forest harvest operations and would challenge herself to increase the amount of data she was able to collect in a day. Karli also tries to find ways to apply GIS to her hobbies, such as mapping out mountain bike trails. 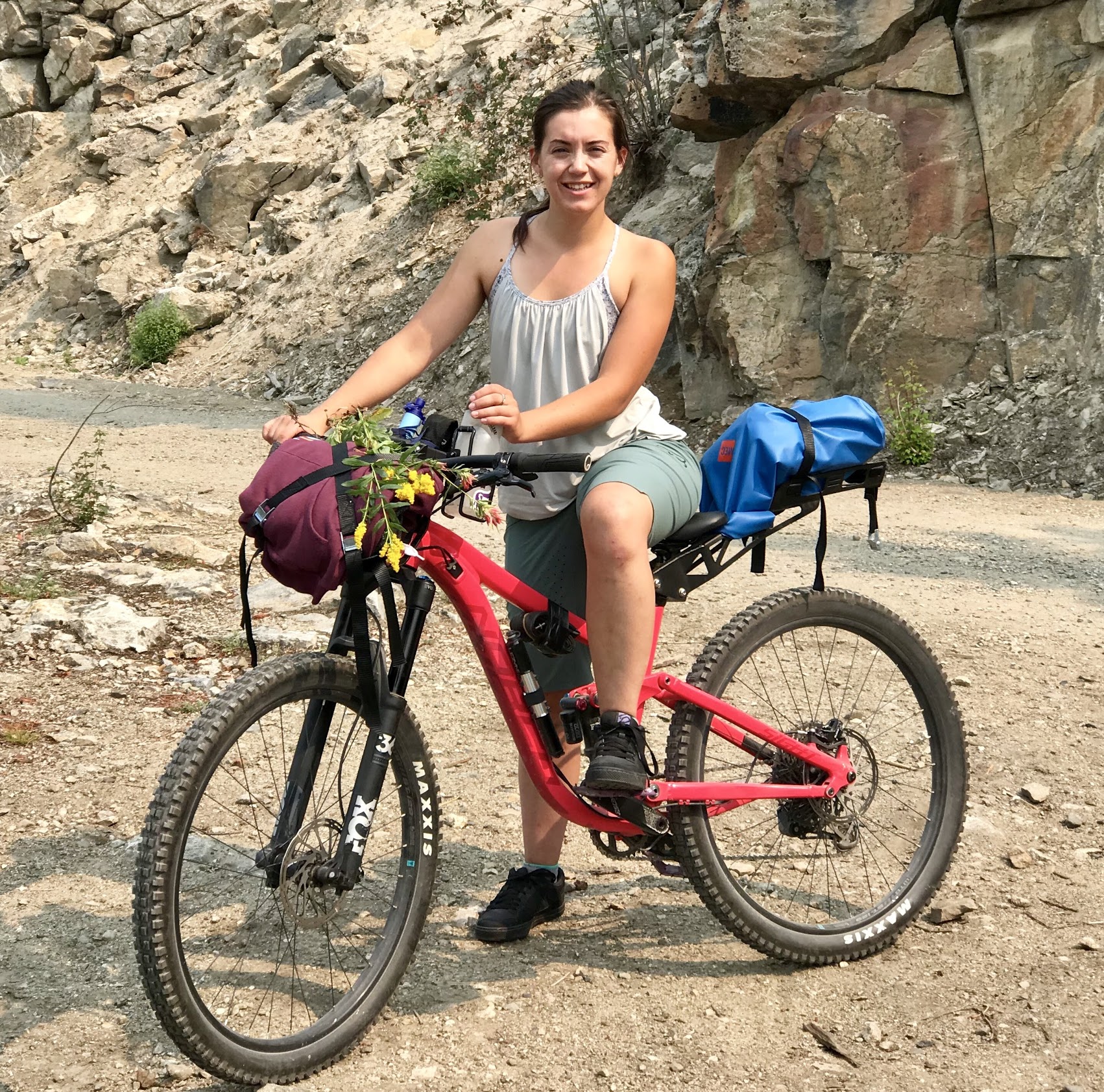 Karli Graham bike-packing Myra Canyon Trestles near Kelowna, B.C., in the summer of 2018.

Like Caitlin, Karli is interested in protecting biodiversity, but she is also interested in sustainable resource management. Her project identified forest areas in Alberta that are at highest risk of mountain pine beetle infestation and therefore should be targeted for sustainable harvesting. One of the reasons she chose this project is that she wanted to communicate to the public what factors are considered by forest planning professionals. Some of the reasons she gives for the need to harvest at-risk trees are that it will eliminate the beetle’s food source and help control its spread, make use of the timber while it is still a viable product, and reduce the number of dead trees and therefore reduce the threat of severe wildfires. 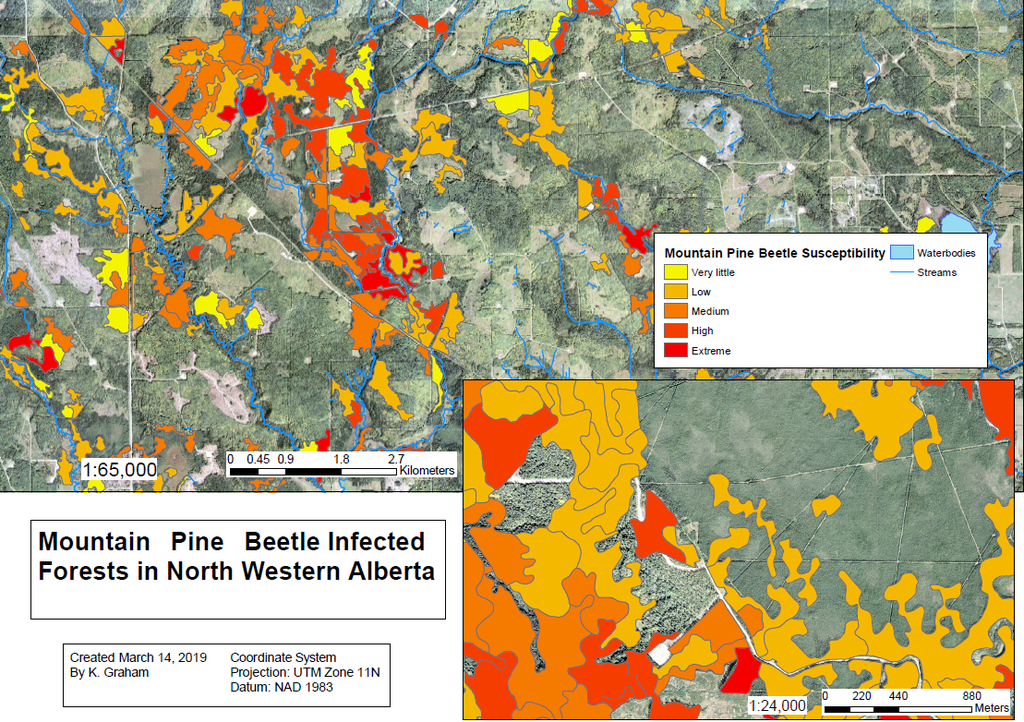 Karli Graham used the Alberta Vegetation Inventory to identify areas at risk of mountain pine beetle infestation based on the percentage and age of pine trees.

Nicole Langdon has experience with GIS both as a student and as a teacher. Although she started in Life Sciences at McMaster University, she soon switched to geography and has been an ambassador for the program, providing guidance to students interested in pursuing a Minor in GIS. She has been a teaching assistant for an introductory GIS and been involved in events that introduced ArcGIS Online not only to high school students but also to middle and elementary school students.

Nicole’s research examines the impact of urban agriculture on food accessibility in a low-income, east-end neighbourhood in Hamilton. The goal of the project was to assess the spatial accessibility of the McQuesten Urban Farm to local residents through the use of service area analysis and origin-destination cost matrices. The analysis identified key under-served areas in the neighbourhood where food accessibility needs to be improved. 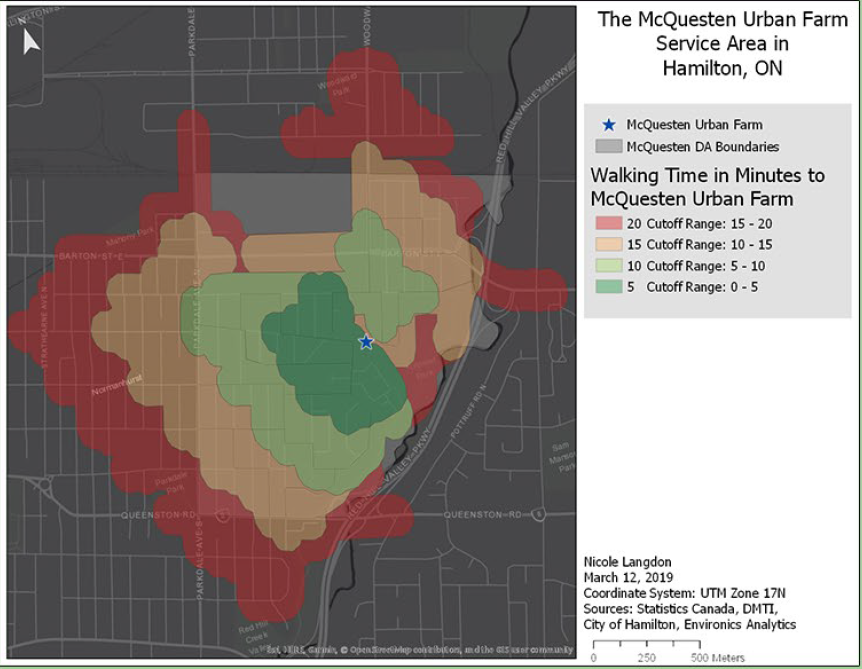 Nicole Langdon mapped walking times from the McQuesten Urban Farm as part of her analysis of food accessibility in the neighbourhood.

Liz Huayta-Hernani had been working as a cadaster and boundary conflicts technician after earning a bachelor’s degree in geography from Universidad Mayor de San Andres in La Paz, Bolivia. Then, a few years ago, she “was given an opportunity to leave [her] comfort zone” and moved to Edmonton to start a master’s in Renewable Resources (Water and Land Resources) at the University of Alberta. Last year, she attended the Esri Canada User Conference in Edmonton and was inspired by all the active user community and the support that Esri Canada provides. Her research and the feedback she’s received from her supervisors have motivated her to contribute to the protection of aquatic wildlife through the use of GIS and remote sensing. 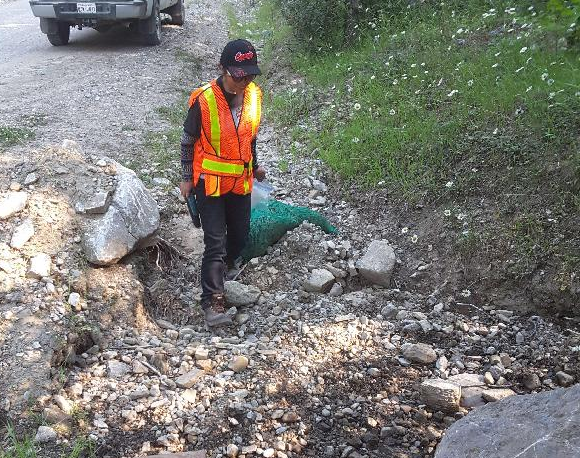 Liz Huayta-Hernani collecting field data from roads near Dutch Creek in the Oldman Watershed area to validate the predictions from her model, in the summer of 2018.

Liz’s research has certain similarities to Karli’s. Their study areas are both in Alberta, albeit in different parts of the province, and both focus on activities in forested areas. While Karli identified loss of trees due to mountain pine beetle infestations as a cause of erosion and increased sedimentation in streams, Liz examined the effects of road erosion, specifically from unpaved trails used by off-road vehicles. She used a high-resolution digital elevation model derived from LiDAR data to estimate the amount of road sediment that may be eroding into streams and threatening aquatic species. The results could be used to help reclaim and manage aquatic habitats. 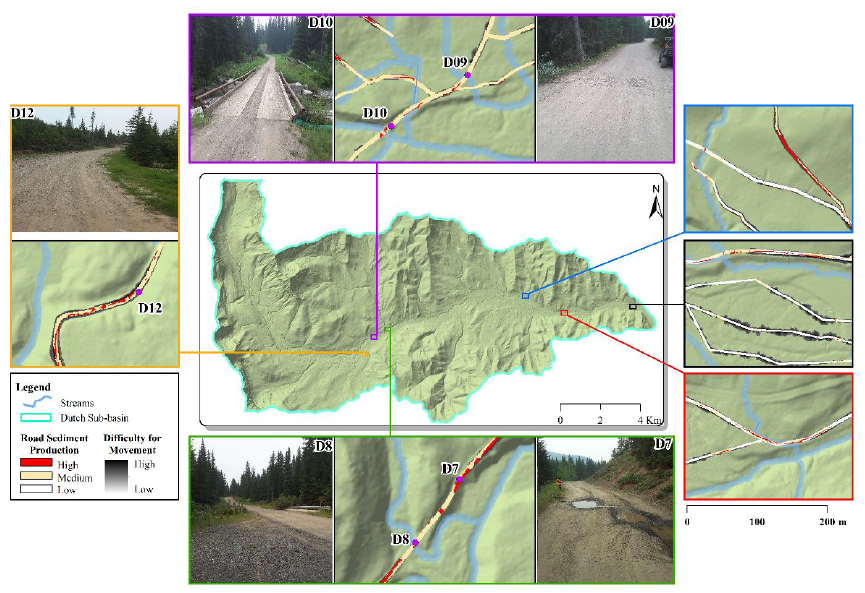 Liz Huayta-Hernani analyzed the production of sediment from unpaved roads to identify areas where conservation practices may need to be implemented to protect sensitive aquatic habitats.

Congratulations to all of the winners, and thank you to our judges and to all of this year’s applicants for sharing their research!