As we embark on a new year, let’s look back at the top news stories of 2016 through story maps. Read this blog to find out if the news story you’re most passionate about made the list.

2016 was an eventful year full of ups and downs. Let’s explore some of the top news stories of the past year through story maps. There are many story map templates available and they are a great way to create multimedia stories that combine text, maps, images and video.

The Uprooted story map highlights the Syrian Crisis in a series of maps, graphs and images. Discover the location of some of the refugee camps and barriers that have been set up during the Syrian Exodus. 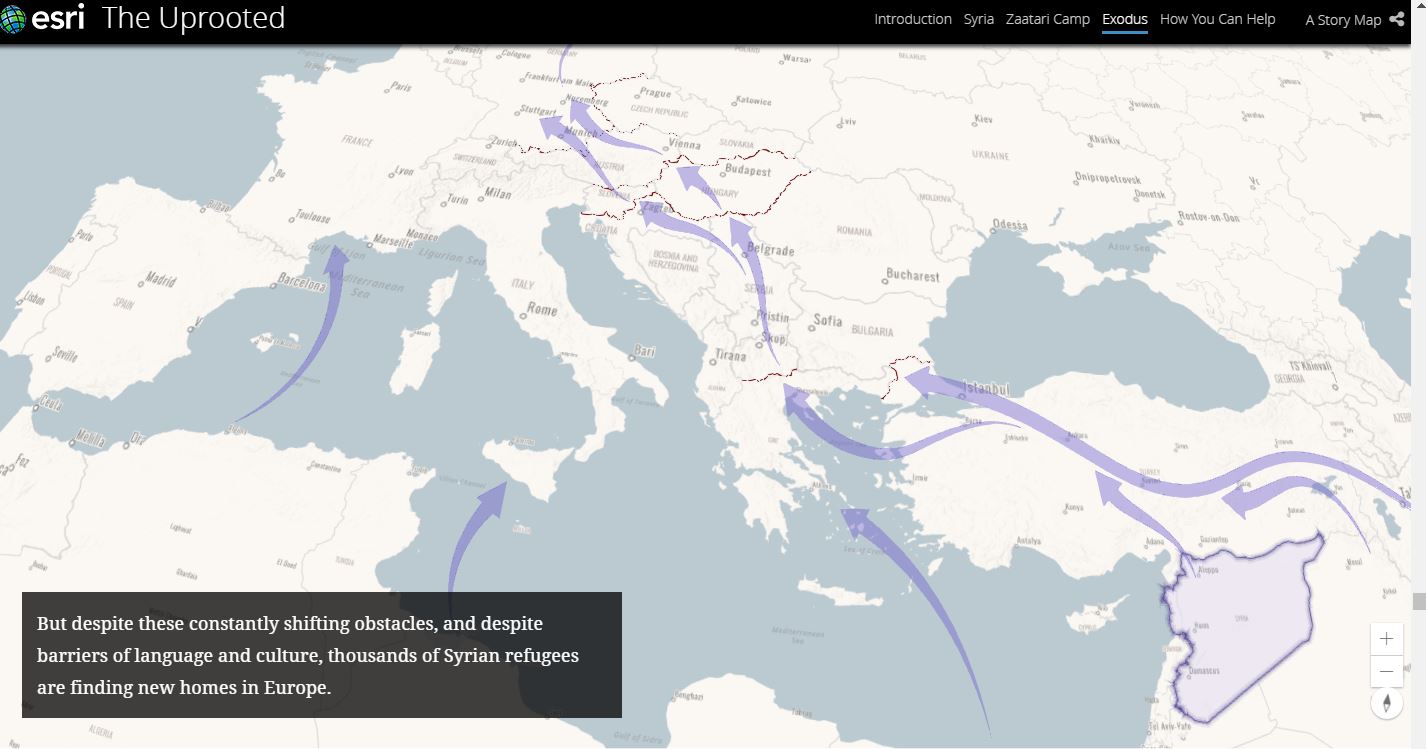 Learn about the Syrian Exodus through maps, graphs and images.

The Alberta Wildfires Swipe story map uses satellite imagery taken before and after the wildfire that swept through Fort McMurray, Alberta in May 2016, showing the path and extent of the devastation it caused.

The 2016 Terrorist Attacks story map uses crowdsourced data, updated in near-real time, to present a chronology of terrorist attacks around the globe.

In June, 2016 medical assistance in dying became legal in Canada. Find out where assisted deaths are legal in the world.

Explore the Opting Out: A Detailed Look at The Brexit Results story map to gain a better understanding of Brexit referendum.

The Standing Rock story map highlights the area where the North Dakota’s Standing Rock Sioux community is located and the locations of toxic sites.

8. The Warmest Year Ever

Explore the Atlas of a Changing Planet story map to gain a better understanding of our impact on the natural world.

In 2016, The World Health Organization declared the zika virus a global public health emergency. The Zika Virus: 1947 to 2016 story map explores how the virus has spread since 1947. 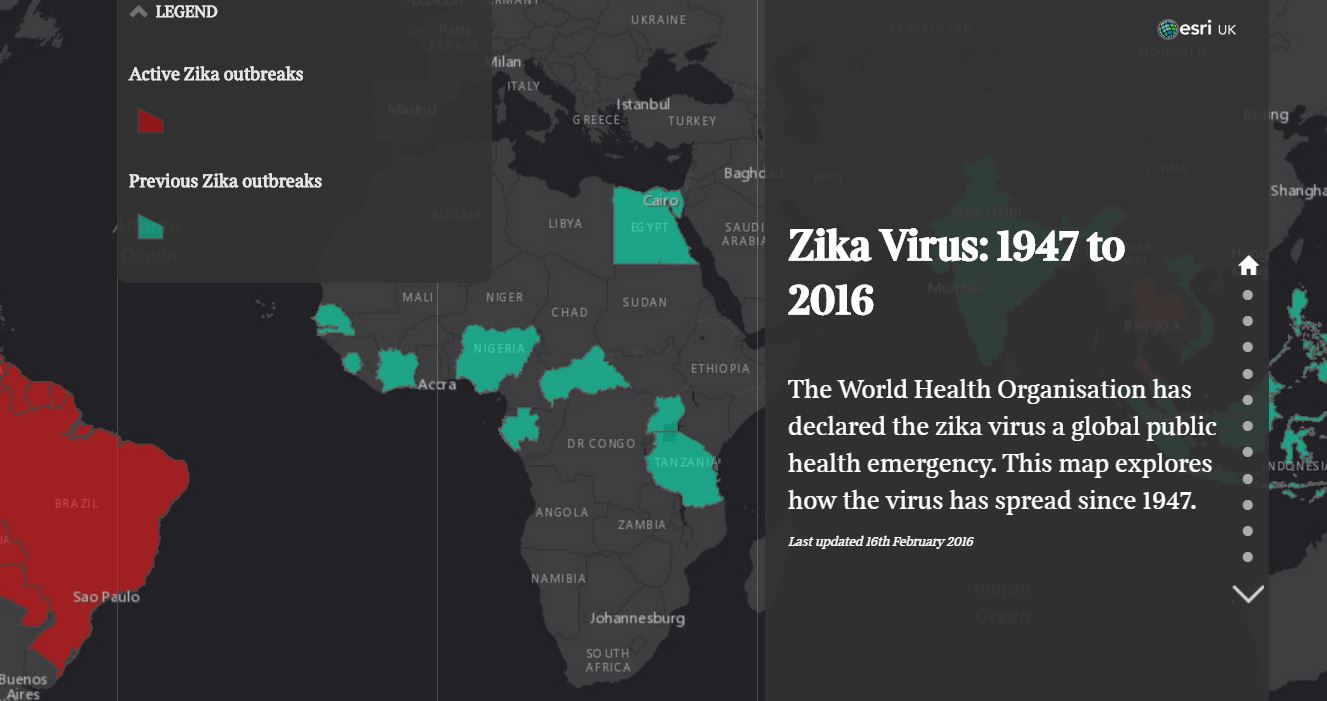 Explore the spread of the Zika virus since 1947.

10. The Year the Music Died

The Year the Music Died story map highlights some of the beloved musicians we lost in 2016.

Learn to create your own story maps with the following resources: