GIS Ambassadors volunteer their time to promote the importance of GIS to K-12 teachers and students. One of our ambassadors from Nova Scotia, Ian Manning, is a student who’s currently working on his Master of Science in Applied Geomatics at Acadia University. Find out how he’s using his GIS research and field work on a bog conservation project to teach students about the importance of mapping and GIS in understanding a local environmental issue.

In 2016, GIS Ambassadors across Canada supported local K-12 teachers and students in the use and learning of mapping technology. One of them was Ian Manning, a graduate from the Centre of Geographic Sciences (COGS) program at the Nova Scotia Community College.

Ian’s currently working on his Master of Science in Applied Geomatics at Acadia University and is a part-time Research Associate at the Applied Geomatics Research Group (AGRG). He conducts fieldwork, uses GIS software for his research on a daily basis and tests the remote sensing application of drones - unmanned aerial vehicles (UAVs) in the natural resource and agriculture sectors. 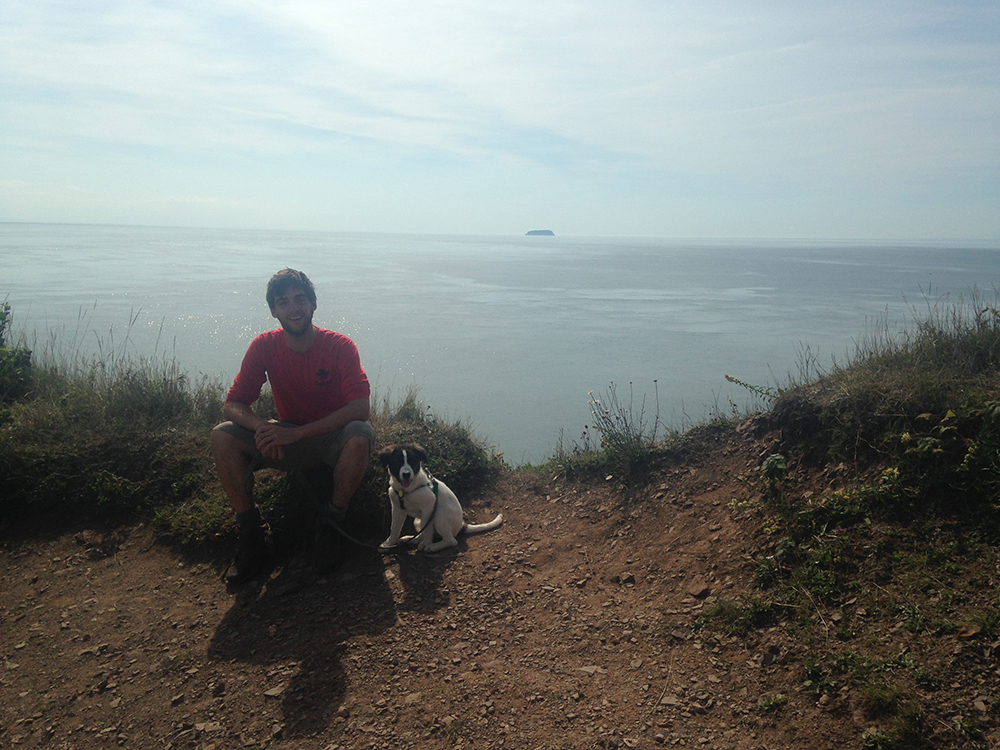 Ian and his dog Fern at Cape Chignecto, NS

Ian said “my favorite part of working in the applied research field, is the chance to collaborate on, and to make contributions to work that makes a positive difference in local communities and the environment. ”One such project that he’s involved in, the Big Meadow Bog Restoration Project, is funded by the National Wetland Conservation Fund. Located close to Brier Island, Nova Scotia, this project is aimed at restoring the wetland area, improving the habitat for species at risk, restoring ecosystem function and traditional recreation opportunities in the bog. 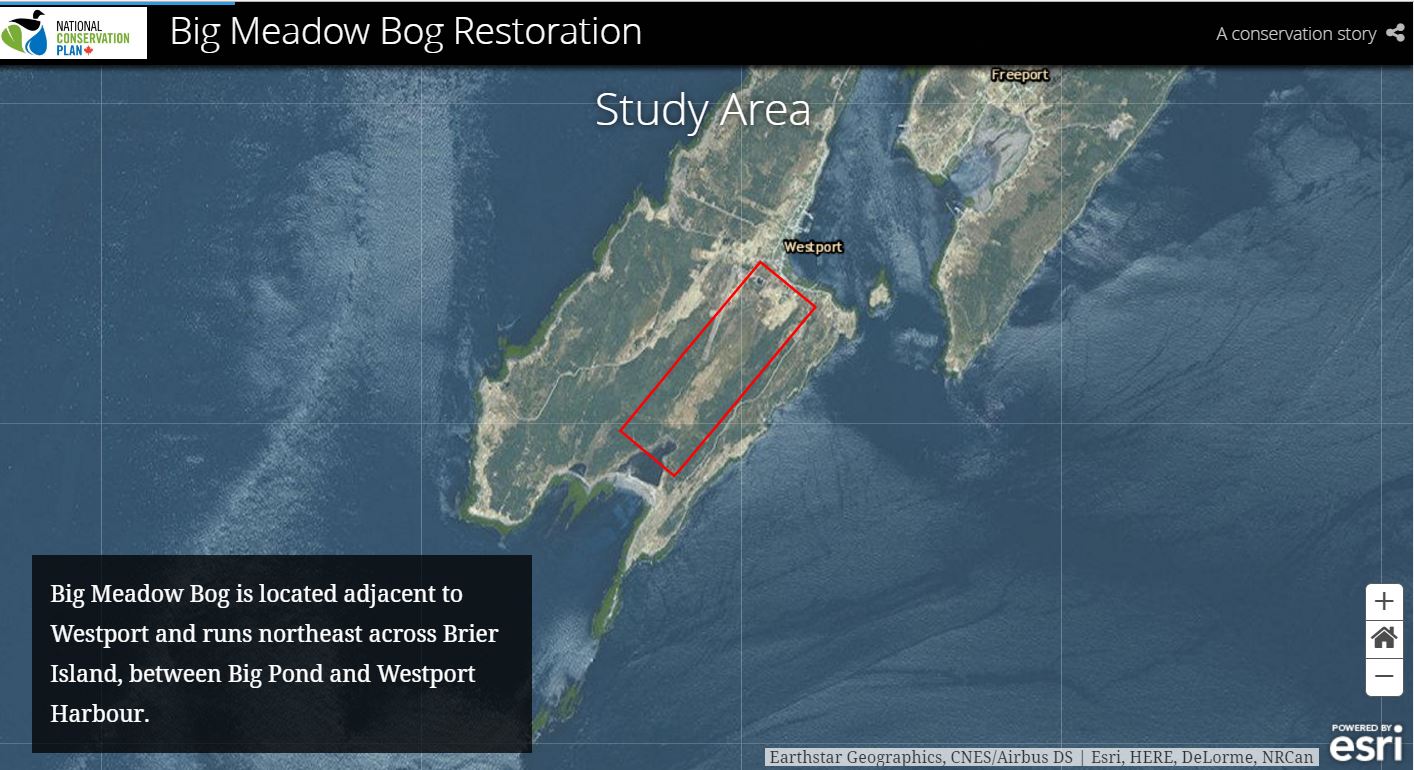 Ian enjoys sharing his knowledge of mapping and love of nature; he has participated in presentations and workshops for K-12 students and the general public. As a summer student, he worked and volunteered at government agencies, environmental non-profits, local naturalist groups and Scouts Canada. In his previous GIS Days, he visited the Glooscap Elementary School in Canning, Nova Scotia where he shared his GIS experience with the students and they had the opportunity to work on a mapping activity.

Last November, Ian conducted a GIS Day workshop for a group of grade 6 and 7 students from Islands Consolidated School in Freeport, Long Island. In the session, he introduced the students to the basics of GIS; he discussed the history of the Big Meadow Bog and the ongoing conservation monitoring, which included a short video of drone footage of the bog.  He also talked about the local application of GIS technology and the on-the-ground work that is being done at the bog.

Ian said the students were “fantastic, they instantaneously understood the concept of GIS and despite being unfamiliar with the term mere minutes prior, independently realized they had used GIS before! A definite popularity booster for GIS was the realization that the virtual-reality application Pokémon Go is powered by geospatial technology.”

During the session, the students had the opportunity to do an interactive mapping exercise using ArcGIS Online. In the session they made their own web maps of the Big Meadow bog area to gain a better understanding of the project. In groups, the students used archived aerial photography from 1978, 1988, 2001 and 2011 to digitize areas affected by gull occupation that has had a profound effect on the population of the Eastern Mountain Avens. Students quickly picked up ArcGIS Online and created maps that explored change in habitat over time.

Ms. Cossaboom, a teacher from Islands Consolidated School, was very happy with Ian’s dynamic workshop and has requested he come back in the spring to work with the students again. This time, Ian plans to share the results of some of his field work, including information on how he’s used GIS to classify vegetation types in the bog and to demonstrate the research drone in action.

Ian is excited about the opportunity to work with Ms Cossaboom’s students again and believes that “since we live in an information rich world, we need to understand how to use and get the most of the information that we have access to. That’s why GIS is important because it helps us to organize, analyze and provide spatial context to information; allowing GIS users to make the most informed decision possible. Teaching kids GIS and mapping is important because it provides them with a way to incorporate spatial information into decision making and share information in a way that's visually pleasing and easy to understand.”

We look forward to hearing about Ian’s continued work with the Islands Consolidated School later this year and we hope he inspires other GIS professionals and students to volunteer their time to a K-12 class.