Since 2012, Esri and its international distributors have recognized exemplary work of undergraduate and graduate students in geospatial sciences through the Esri Young Scholar Award. Winners of the award get to travel to San Diego to attend the Esri Education GIS Conference and the Esri User Conference where they present their work; participate in activities with other Young Scholars; and network with students, educators and other members of the GIS community. 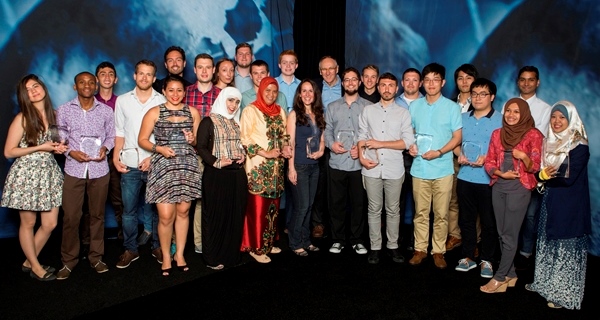 Canada's first Esri Young Scholar, in 2012, was Zelalem Amdie Mekonnen, a PhD candidate at the University of Alberta. Zelalem's research involved modeling spatial and temporal patterns of carbon dynamics. In 2013, the award went to Andrew Blakey, a Masters student at the University of Waterloo whose project explored urban solar feasibility. The 2014 award went to Andrew Plowright, an undergraduate student at the University of Ottawa whose project evaluated the effect of human activity on biodiversity in Canada. Last year, honourable mentions were given to the top student in each of four categories: PhD, Masters, undergraduate and college. These students were featured in a blog post and story map. 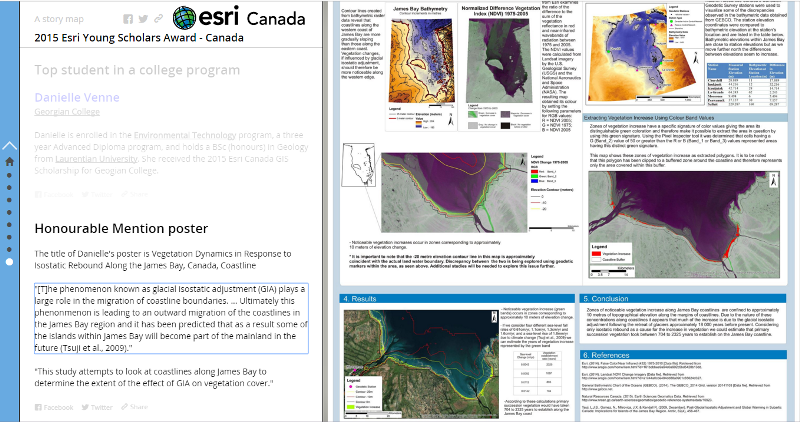 Danielle Venne, a student in the Environmental Technology program at Georgian College, received an honourable mention in 2015. View her full poster here.

The overall winner in Canada in 2015 was Shane Furze, a PhD candidate at the University of New Brunswick. He was one of over 20 Esri Young Scholars from around the world who are featured in a story map created by Renee Young and Joseph Kerski at Esri. Upon his return from San Diego last summer, Shane shared his experiences from the UC – and highly recommended the UC and Education conference to anyone working in GIS, including students, as a great educational and networking experience.

Could you be the next Esri Young Scholar from Canada? Or do you know an exceptional student studying GIS? If so, the deadline to submit applications for the 2016 competition is Fri. April 8 at 5 pm (ET). Students must submit a poster and report demonstrating their use of Esri technology in a research project, as well as an academic transcript. More details can be found here or by contacting highered@esri.ca.