The imagery and topographic basemaps on ArcGIS Online were both updated this week with contributions from 10 participants across Canada.

Both the imagery and topographic basemap on ArcGIS Online were updated this week with new Canadian content.

Service New Brunswick has been a regular contributor to the Community Maps Program. Not only have they made their vector data available so that the entire province could be updated with detailed topographic mapping, but they have also supplied us with their latest imagery from various parts of the province. Just this week, 7.5 cm imagery from 2016 and 2015 was published as part of the imagery basemap. The web map below indicates the extent of the Service New Brunswick’s imagery contributions. 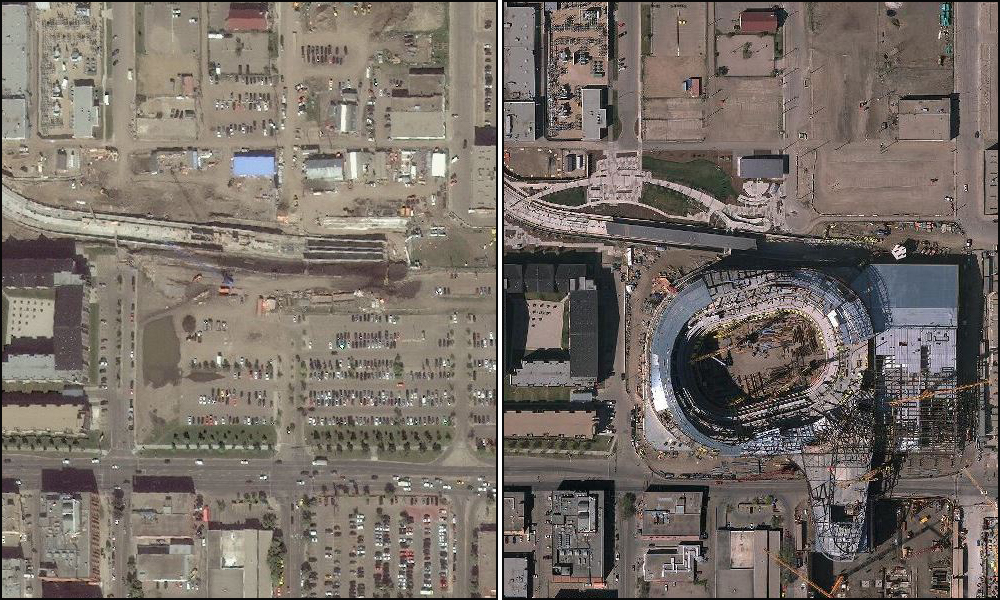 The topographic basemap for Canada was updated with content from 1 new Community Maps participant and updates from 5 other participants. The County of Grande Prairie provided contours, boundaries, roads, addresses, parks and land use, and these were incorporated into the basemap. 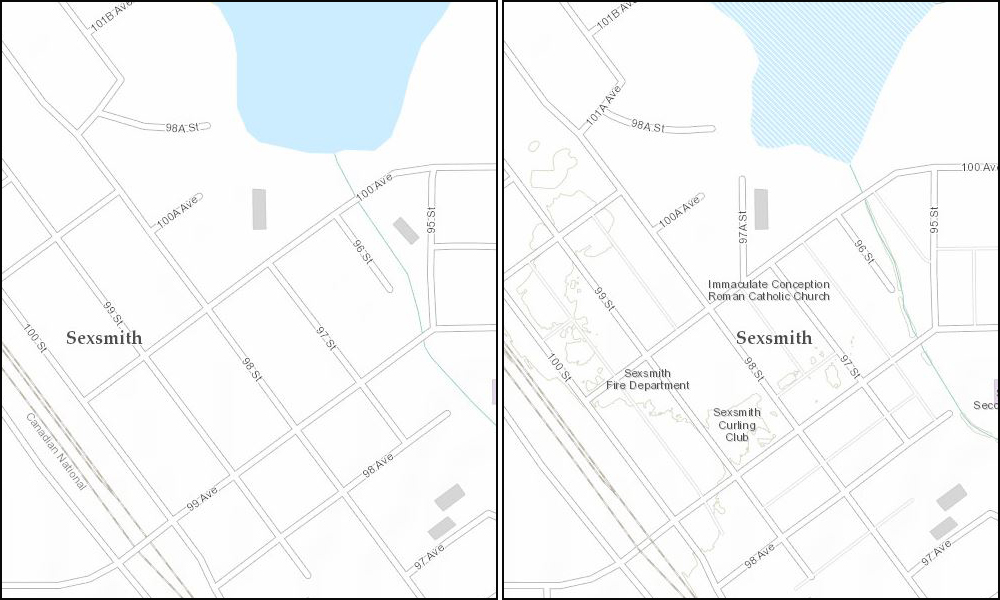 Grande Prairie County, AB was updated with new contributions. The map on the right shows additional roads, points of interest and contours that improved the existing map (shown on the left).

Other topographic basemap changes include updates from the following communities: