For the second time this month, the imagery basemap was updated with new content from contributors in British Columbia and Alberta.

The Town of Banff, Alberta, a regular contributor to the Community Maps Program since 2012, provided us with 7 and 10 cm imagery that covered the town and some neighbouring areas. This imagery, dating from 2016, replaces their previous 15 cm contribution from 2013. The image shows the 2013 imagery on the left and the 2016 imagery on the right. 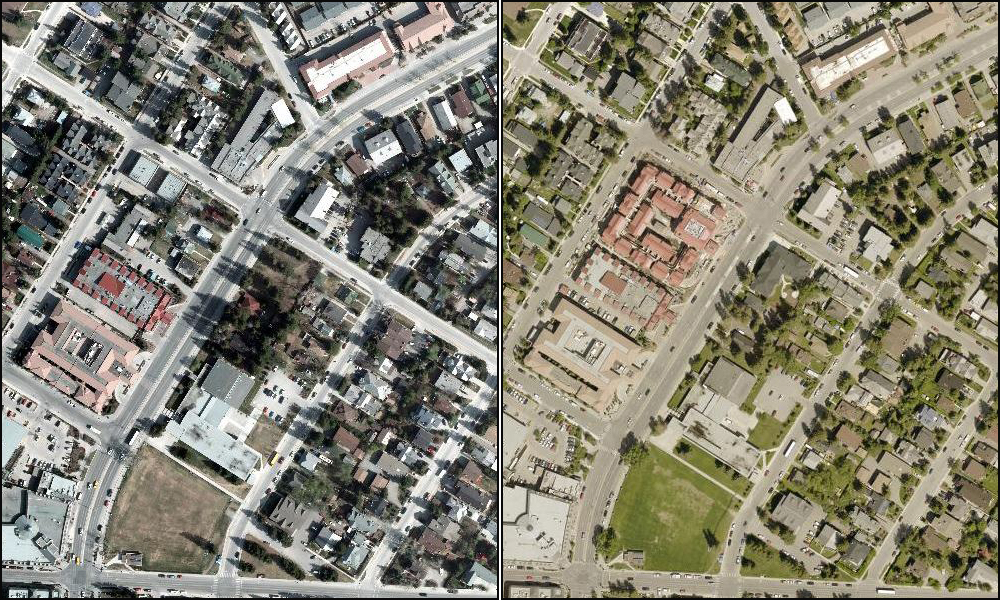 Also, in Alberta, the Southern Alberta Partnership, a group of Southern Alberta municipalities, provided us with an updated set of imagery dating from 2015. The resolution of the imagery ranges from 50 cm to 10 cm and covers a large extent of southern Alberta. 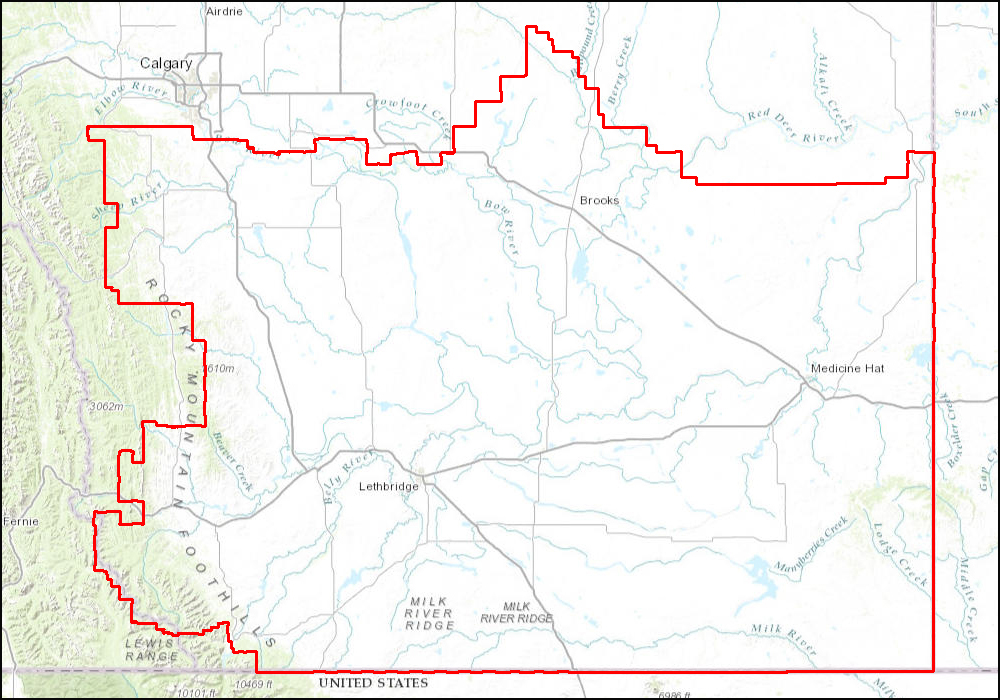 The pair of images highlight some of the changes that have occurred in the south end of Calgary by comparing imagery from 2011 (left) and 2015 (right). 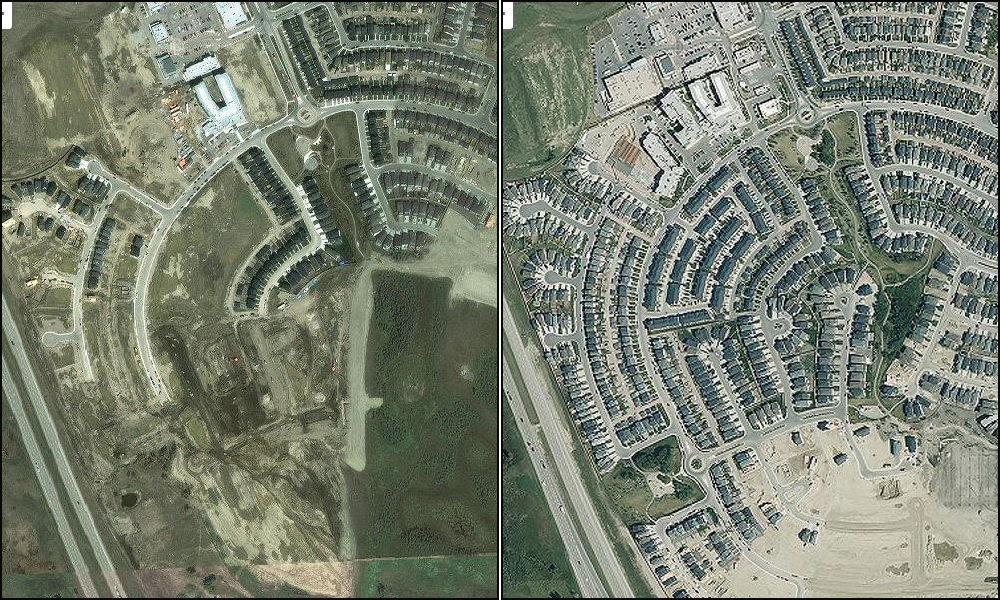 Lastly, in British Columbia, the City of Burnaby made its data available through their open data site. This data collection includes 10 cm imagery from 2016. The image on the left displays 60 cm imagery from 2011. The updated imagery is on the right. 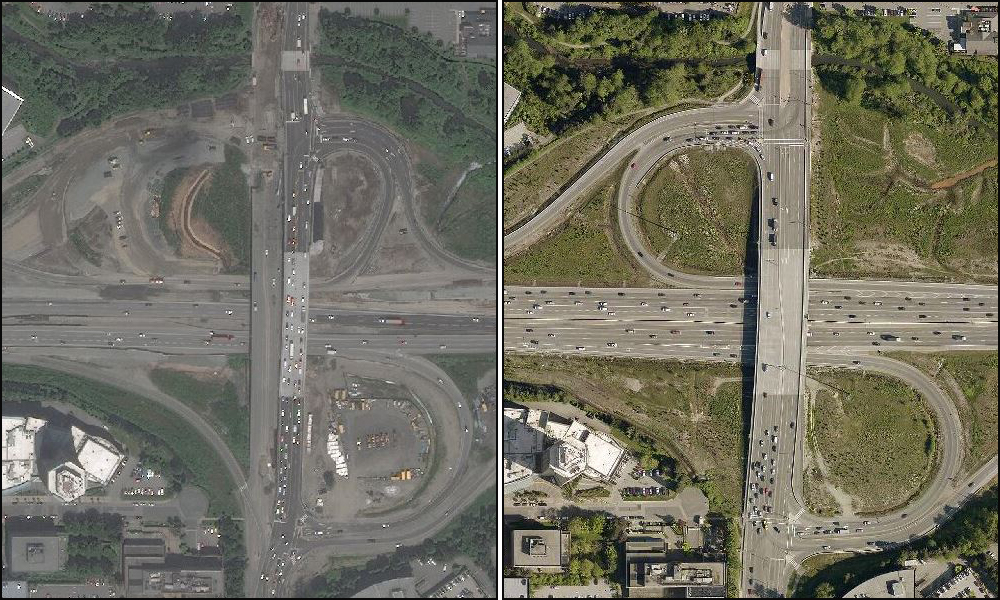 The next Canadian content update for the imagery and topographic basemaps is expected in mid-March.

For a complete list of current Community Map participants in Canada, visit http://maps.esri.ca/updates/tracking/.