The imagery and topographic basemaps on ArcGIS Online were both updated this week with contributions from 18 communities across Canada.

Both the imagery and topographic basemaps on ArcGIS Online were updated this week with a significant amount of both new and updated Canadian content. 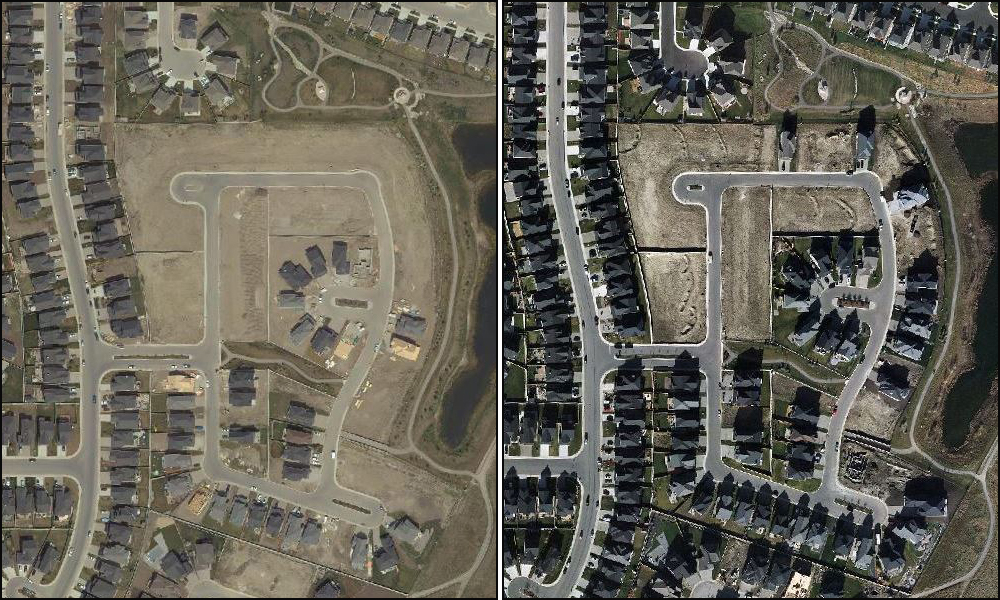 The topographic basemap received contributions from across the country. The City of Brockville, ON provided data layers that included building footprints, roads, trails, trees and land use. This was supplemented with data coming from Ontario to provide a more complete and up-to-date map than was previously available. 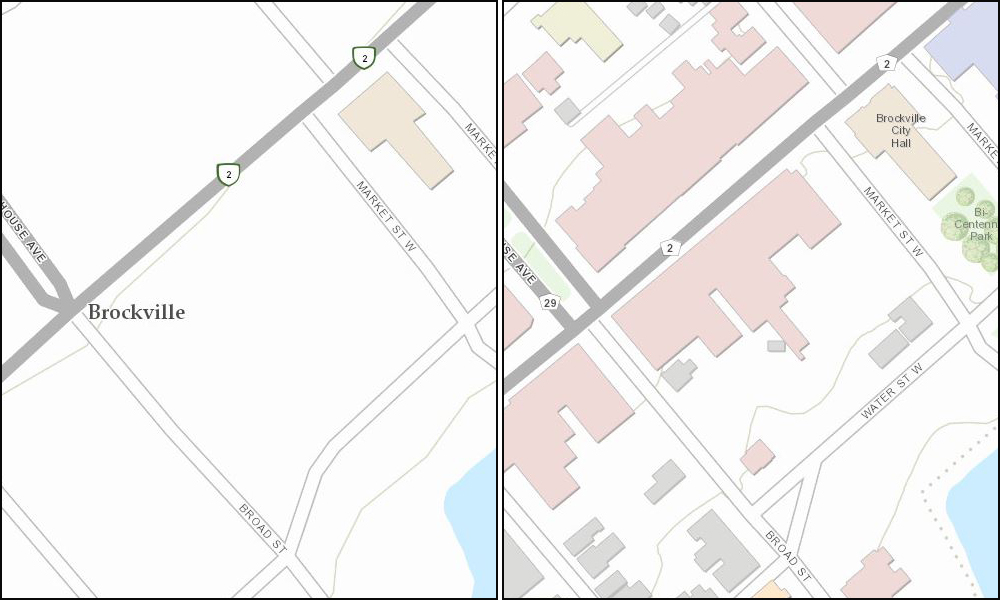 Brcokville, ON: On the left is the map as it looked like before the update, which was created using only federal data. On the right, the newly updated map with data contributions from the city and the province.

Strathcona County in Alberta provided updates for their map. Some of them are incorporated here. Because there have been many significant changes occurring in their neighbourhood, another set of updates are currently being processed and will be published soon. 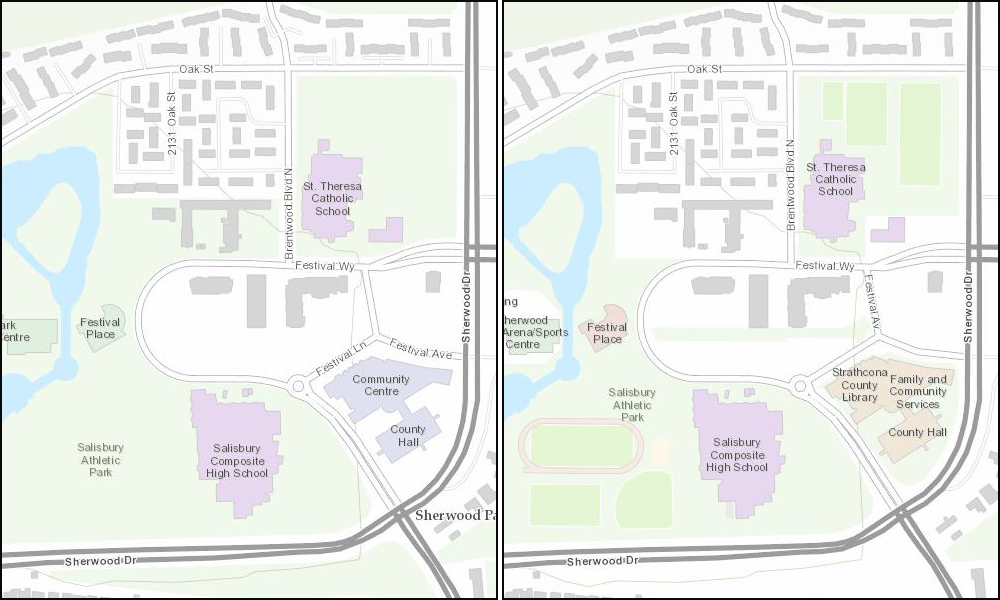 Strathcona County, AB: Old map on the left updated with additional content on the right, including sports fields and running tracks.

York University is the fourth post-secondary institution to participate in the Community Maps Program. They provided more detailed and more accurate building footprints for their campus in Toronto, and the results are displayed below. 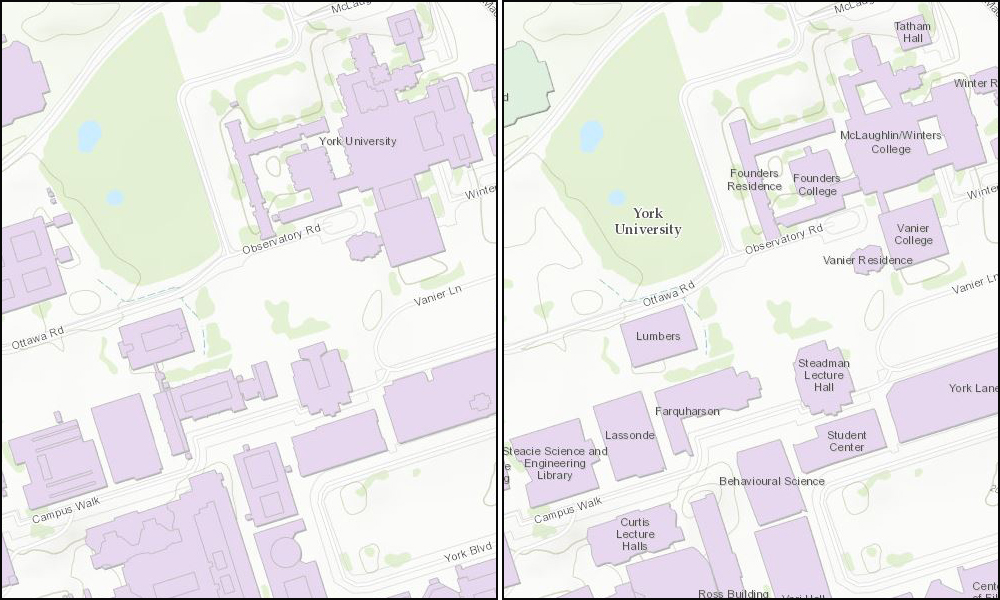 York University: On the left, the map created using data coming from the City of Toronto; on the right, an updated map with new building footprints coming from the university.

These are just a few of the communities that have had their content updated on the topographic basemap on ArcGIS Online. Below is a complete list of updates for this release:

The next update to the basemaps is scheduled for early May.