The topographic and imagery basemaps were updated with new content from Canadian contributors in British Columbia, Alberta and Manitoba.

The imagery and topographic basemaps on ArcGIS Online were updated with new content from Canadian contributors in British Columbia, Alberta and Manitoba.

Manitoba has topographic data available through its Manitoba Land Initiative (free login required to access the data) open data site, and that data was acquired, processed and cached for the entire province down to 1:1,128. Manitoba becomes the third province – and the largest to date – to be completely cached, joining already published New Brunswick and Nova Scotia. At the same time, the City of Brandon was updated with data coming from the municipality. Data contributions from the province included buildings, roads, contours, trails, utility lines, parcel lines, drainage features, landcover, parks and protected areas. Not all the layers cover the entire province, but the entire province was updated. Check out the image of downtown Winnipeg below for a before and after comparison. Although all scales have been cached, only the 1:577,791 to 1:18,056 scales have been published so far. The remaining 4 scales (1:9,028 through to 1:1,128) will be published on February 22nd.  This is due to the sheer size of the cache (more than 4 TB). 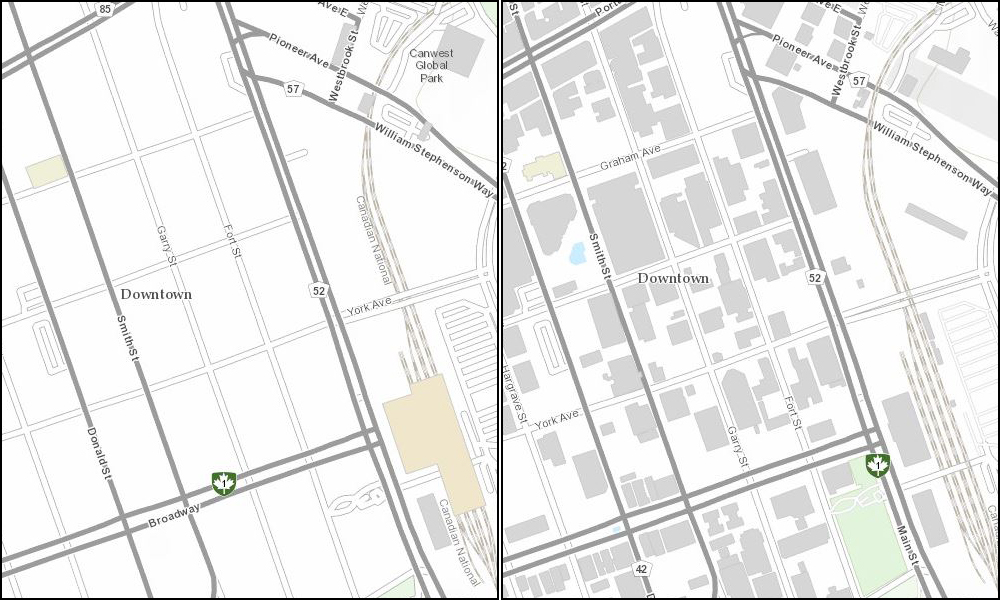 As well as an update to the topographic content for all of Manitoba, new imagery from the City of Winnipeg was included in the imagery basemap update. This imagery is 8 cm imagery dating from 2016. 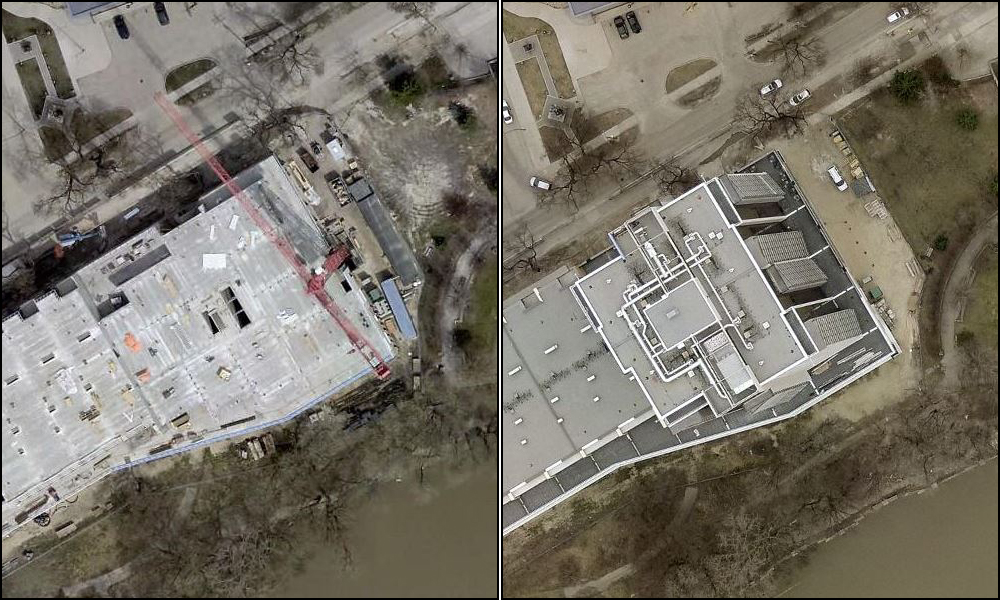 In Alberta, Brazeau County contributed 10 and 30 cm imagery from 2015 for inclusion in the imagery basemap. This replaces some of the patchwork imagery that was previously available for this area. 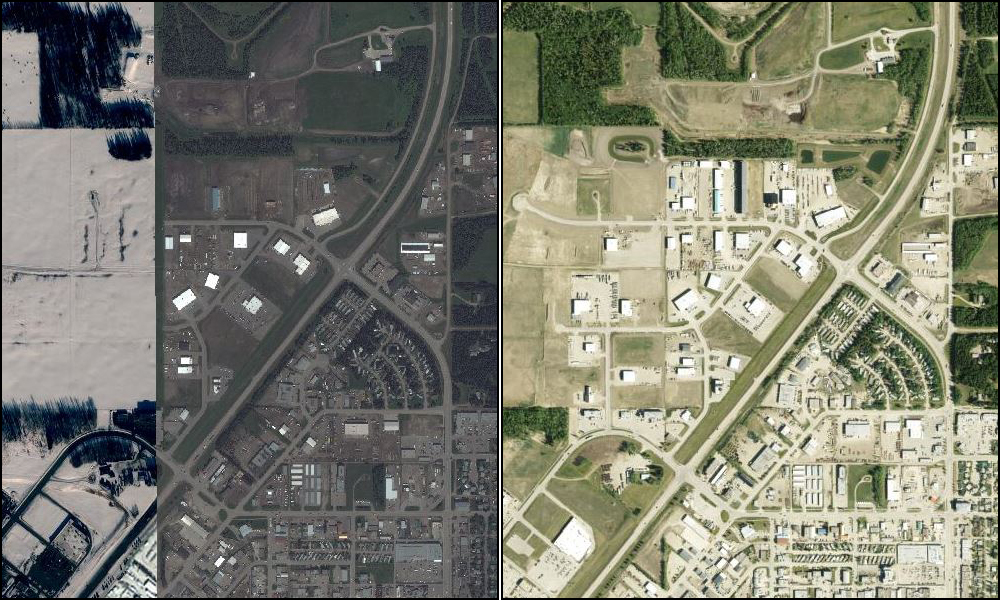 Further west in British Columbia, the City of Surrey’s imagery was updated with 10 cm imagery from 2016. 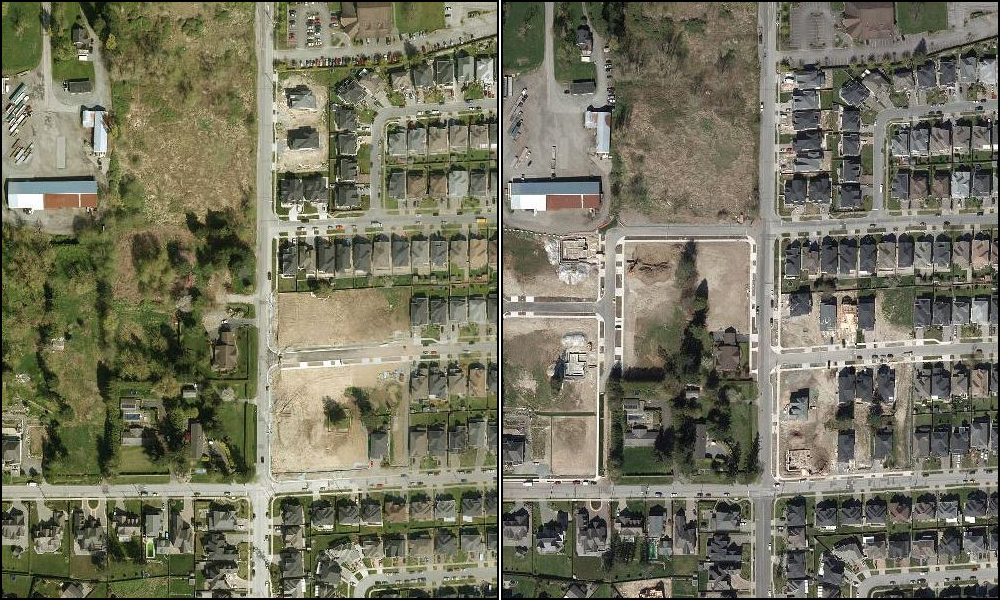 For a complete list of current Community Map participants in Canada, visit http://maps.esri.ca/updates/tracking/.