ArcGIS Online Web maps and applications can be used to interactively visualize change and to begin the inquiry process with your students. The outcome of the recent federal election is a perfect opportunity to bring a real world issue into the classroom. Find out what resources are available on this current event that will allow you to begin the discussion and inquiry with your students.

On October 19th, Canadians went to the polls for the 42nd  Canadian general election. Use the following ArcGIS Online 2015 federal election resources to visualize how our country is changing and ideas that will encourage students to inquire about the important outcomes of this election, such as why voter turnout increased and why the Liberals won with a majority government. 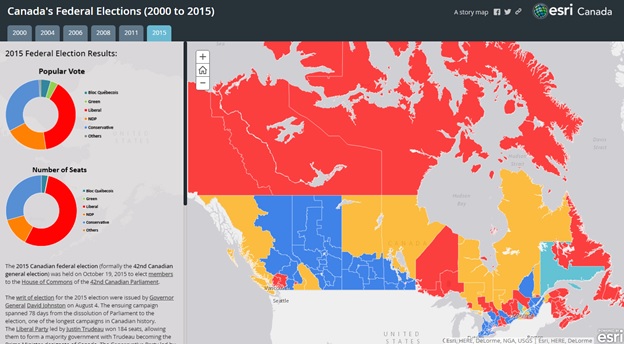 To learn more about Canadian history, explore the following resources: 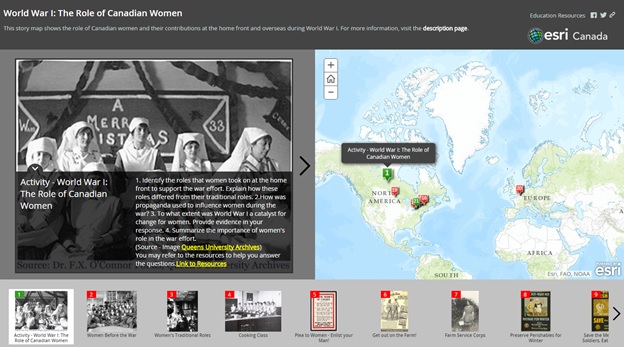 Learning outcomes from this story map include understanding World War I's impact on Canadian women and their contributions on the home front and overseas.

To find other resources that are tied to curricula across Canada, visit the Esri Canada’s Lesson Planner.