Annually, the Skills Ontario GIS competition is a great opportunity for secondary school students to challenge themselves by answering a real-world question using ArcGIS. Discover the results of the first virtual GIS competition that occurred at the end of April.

Annually, secondary school students, in teams of two, can answer a real-world issue using ArcGIS and engage with judges that are GIS professionals. This year’s focus was an on-demand transit question in the City of Burlington. Students had five hours to complete the analysis and map creation using ArcGIS Desktop or ArcGIS Online. They presented their findings in a story map that included their project workflow, web maps and final conclusions.

The judges included Stephanie Allison, Transit Analyst and Thomas Tiidus, GIS Technician both from the City of Burlington, as well as Adam Munro, GIS Analyst and Burke Thompson, Systems Analyst - GIS from the City of Hamilton. We thank them for their support in making the day a success and providing their expertise to the students. 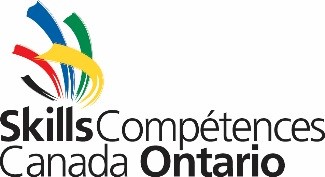 “I really had fun today. Even in a virtual environment, we were still able to make informed assessments of the competitors and I was amazed to see how far geography in high school has come. I remember making thematic maps by hand back in Grade 10 of the various cultures and ethnicities represented in Kensington Market in Toronto. We bussed two hours to Kensington market, just to walk through and then colour in the building footprint based on what we observed.” –Burke Thompson, City of Hamilton

The winning team included Hannah Walker and Emma Laur students from the DSBN. Congrats to them for a great job! The second-place winner – Jaden Noronha from DPCDSB competed on his own and impressed the judges with his work. You can learn more about his Skills experience in the Esri Canada podcast “Geographical Thinking” with host Guan Yue.

The story map created by the winning team from DSBN.

After the winners were announced on May 13th, feedback from the judges were given to the teams that participated. This is a great way for students to learn what they did well and what they could work on for the next competition and in their future GIS projects.

If you are interested in giving your students an opportunity to develop their critical thinking, data analysis and map making skills, get them involved next year. Check out these resources to learn more about the competition and try out the 2021 question.