Numerous communities in Canada have had their imagery and topographic basemaps updated in ArcGIS Online this week. Find out what and where.

The basemaps in ArcGIS Online were updated this week with content from many Canadian contributors. Five communities from across the country contributed updated imagery and another eight provided topographic basemap updates. 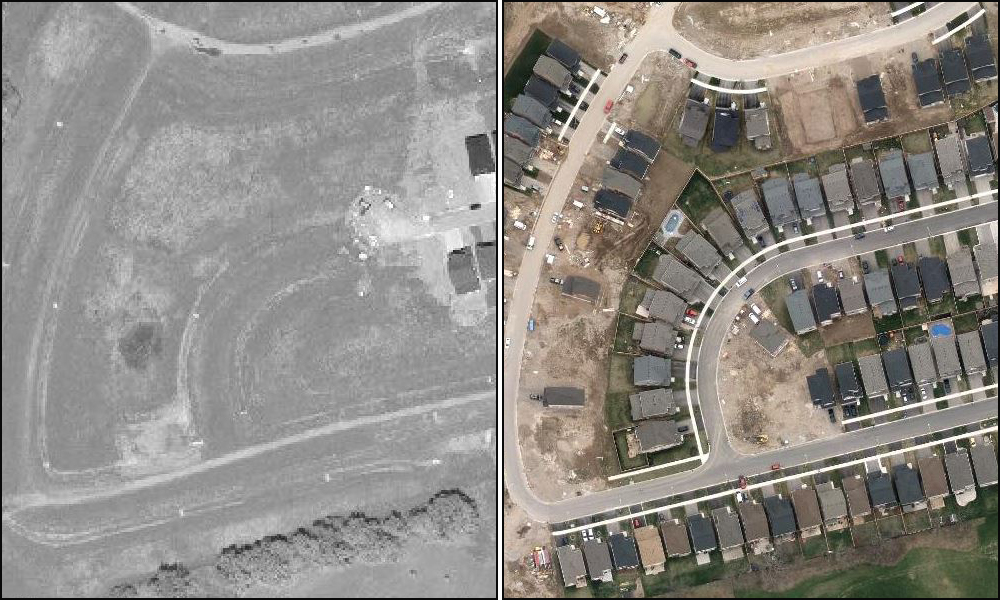 Imagery supplied by the city of Cambridge, ON (shown on the right) replaces older black and white imagery of the area. 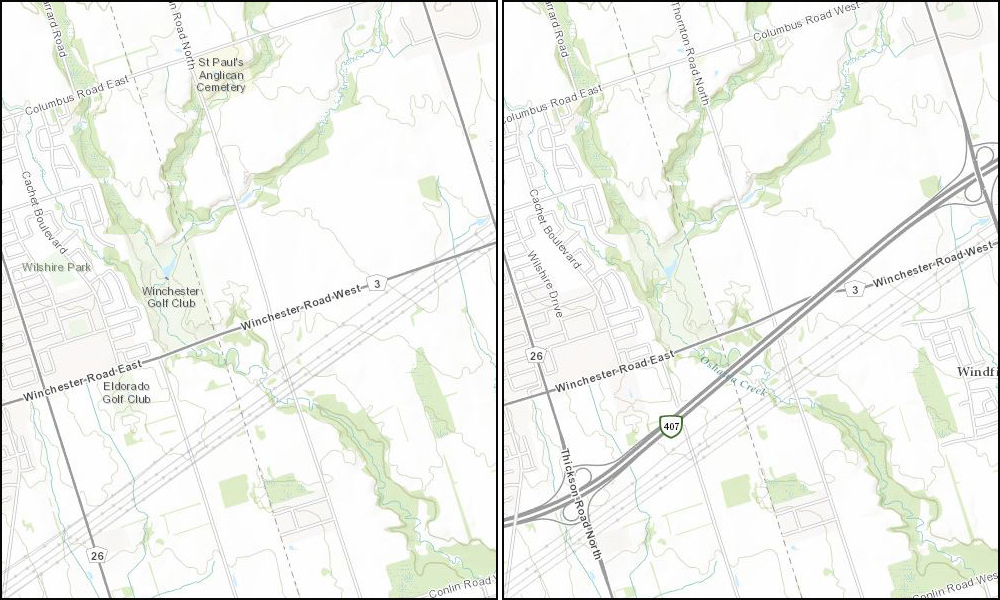 Data provided by the 407EDG, City of Oshawa and Durham Region have helped improve the map and keep it updated. The map on the left displays the area using only federally available data. The map on the right includes contributions from all three participants as well as the Province of Ontario.

For the topographic basemap, several long-time contributors provided updates, and three new participants in the Community Maps program had their content published for the first time: 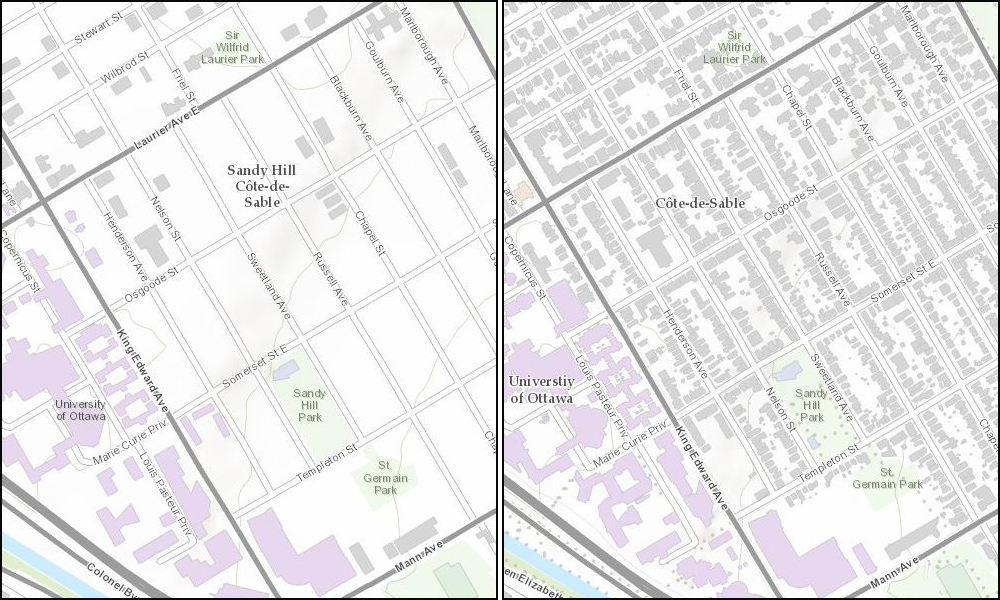 Data taken from the City of Ottawa’s open data site included building footprints, adding important details to the topographic basemap. What the map used to look like appears on the left; the updated map appears on the right.

For a complete list of current Community Map participants in Canada, visit the Participant Map.