Many cities encourage active transportation – walking, biking and using public transit – both as a way to reduce pollution and to increase physical activity. Yet, the most walkable areas are often the ones with the most air pollution. Dr. Stefania Bertazzon and Dr. Rizwan Shahid mapped the changes in air quality in Calgary in summer and winter then overlaid school locations classified by walkability to explore the relationships between air quality and walkability.

The arrival of spring means longer days and warmer weather to most people. Dr. Stefania Bertazzon, professor of geography at the University of Calgary, and Dr. Rizwan Shahid, adjunct professor and geographic information scientist at Alberta Health Services, discovered that the changing seasons also mean changes in air pollution levels across the City of Calgary. In the winter, air quality is lower throughout the south-east part of the city and, in the summer, lower air quality is primarily around traffic corridors and industrial areas.

Although Dr. Bertazzon and Dr. Shahid classified their calculated pseudo-AQHI values as low, moderate or high risk for the purposes of their study, the values were all in the range of 1 to 4, which is considered low risk on the AQHI scale. A follow-up campaign in 2015-2016 showed a slight decrease in pollution levels but overall consistent results. 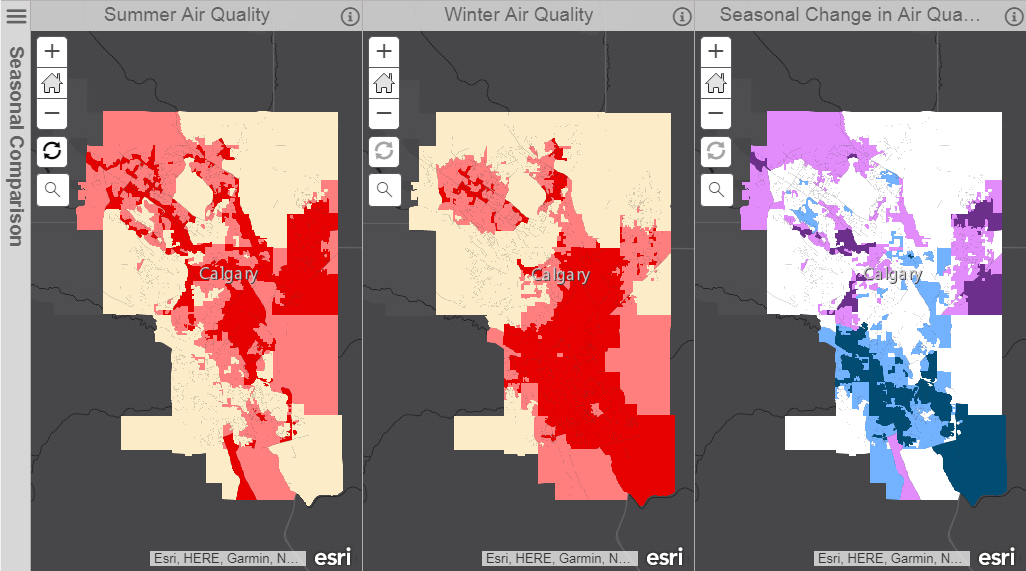 For the next stage of their study published in the International Journal of Environmental Research and Public Health, Dr. Bertazzon and Dr. Shahid used Walkscore to calculate a walkability value for one school in each dissemination area that contained at least one school. The schools were classified as being in a car-dependent area, a somewhat walkable area or a walkable area based on the walkability value. One thing they observed is that more school-aged children live in car-dependent areas than in walkable areas.

When they compared the school locations to the pseudo-AQHI maps, they saw that many schools were located in higher pollution areas. They also found that there was a negative correlation between child population and walkability, meaning many children live in car-dependent areas, but conversely, many children live in areas with lower air pollution.

In comparing walkability to air pollution, the researchers identified two types of locations that may pose greater health risks to school children. The first type is locations where the walkability is low and air pollution high. In these locations, the potential effects of lower air quality are combined with the potential effects of a less active lifestyle. The second type is locations where both the walkability and air pollution are high. As described in an article in UToday, the University of Calgary’s online news service, in these locations, a more active lifestyle might actually pose greater health risks because of greater exposure to pollution.

While overall air pollution levels in Calgary do not pose a significant health risk, simple steps such as choosing walking routes that keep children a greater distance away from direct sources of pollution can help minimize the risks. Dr. Bertazzon and Dr. Shahid created a Story Map Cascade that shows the overlay of school locations and pseudo-AQHI to raise awareness and have talked about their findings with a number of news outlets, including the CBC. They plan to share their results with the board of education, the city and health services and also further investigate when and where school children are being exposed to air pollution. 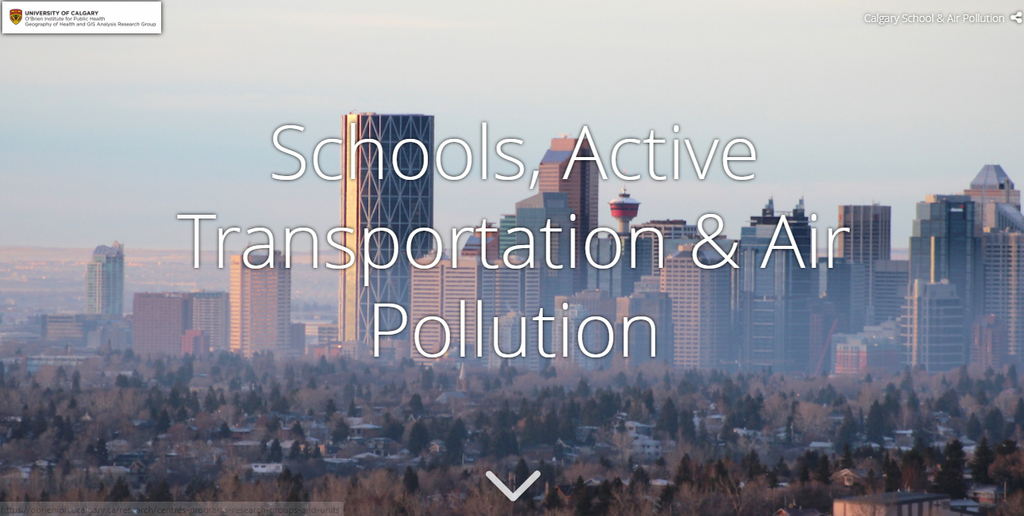