Each year, Esri Canada GIS Scholarships are awarded to students at colleges and universities across the country that offer strong GIS programs. Although many of the recipients are still just looking forward to careers in GIS, a few bring with them years of professional experience. Miguel Blanco spent several years with Sûreté du Québec before starting a Master's degree at the Université de Sherbrooke, and winning a 2015 GIS Scholarship. Read how Miguel has applied his unique combination of public safety GIS experience and post-graduate education to help search and rescue efforts for missing people.

Before returning to school to pursue a Master's degree, Miguel Blanco worked for Sûreté du Québec (French only) - the provincial police service of Québec—in the geomatics division. There, he was involved in the creation and development of a search and rescue application that won an Esri Canada Award of Excellence in GIS in 2011. The application provides users with the data and tools they need to monitor and guide search and rescue efforts. 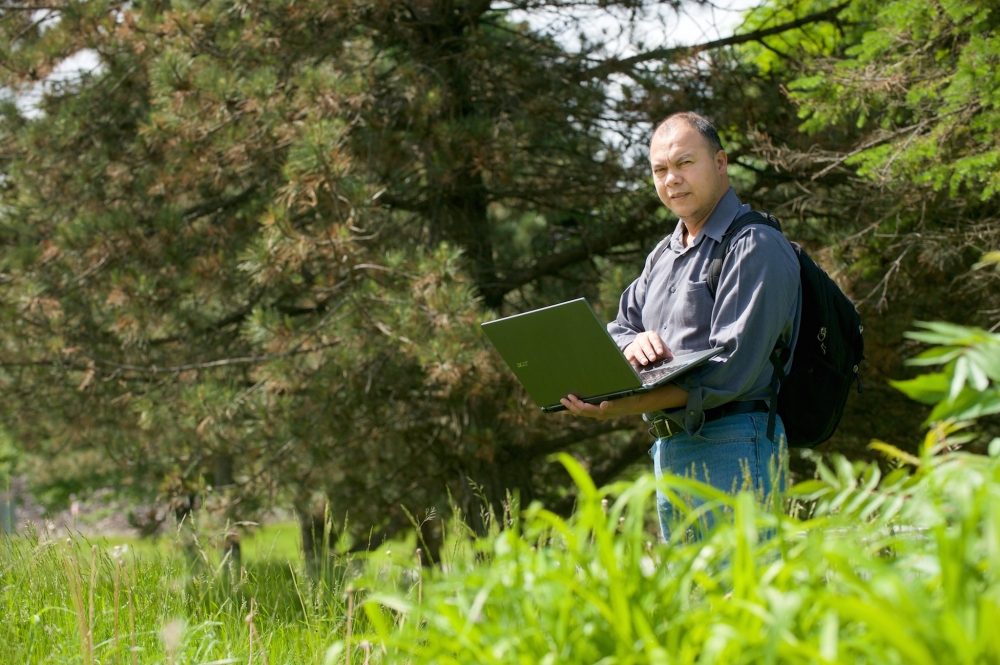 Terrain and environmental conditions can have a significant effect on how far a missing person may have travelled. The algorithm that Miguel is developing considers these and other factors to calculate isochrones. Photo courtesy of Université de Sherbrooke.

Miguel had an idea to improve the application and enrolled in the Master's of Geographic Sciences program (French only), Geomatics option, at the Université de Sherbrooke (French only). He has been working on an algorithm that calculates isochrones, or isotime lines, to show how far a missing person may have travelled in a set time interval. The algorithm considers multiple factors such as age, size and physical activity level of the person and weather conditions to estimate the optimal speed at which the person could travel. All of this information is input through a Python script tool. The optimal speed is then modified by the slope of the terrain, the ground conditions and the behaviour category the missing person belongs to, for example, someone with Alzheimer's disease, to produce an isochrones map. 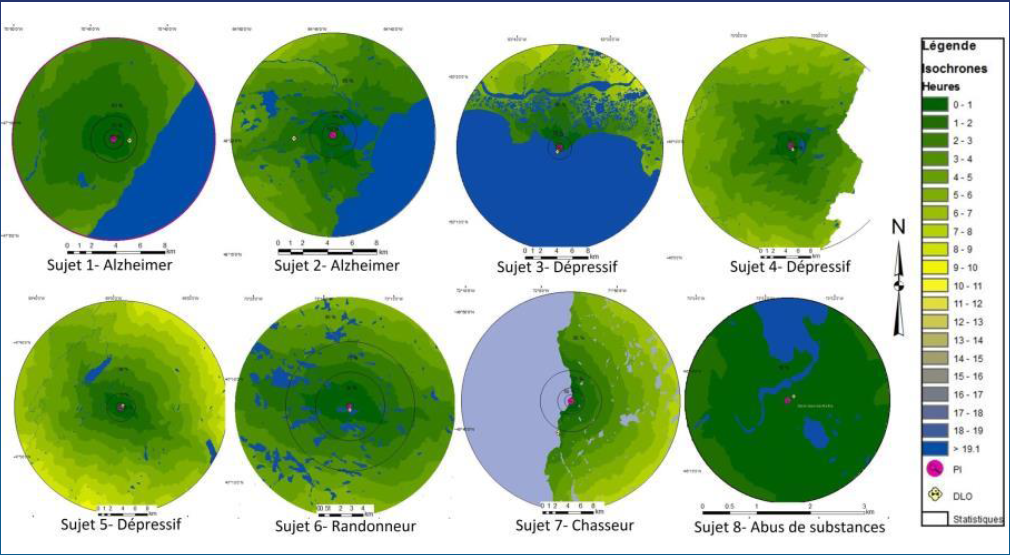 Miguel is proud to have been able to contribute tools to help improve search and rescue efforts. He presented his work at the 2015 Esri Canada User Conference in Québec City on May 6 and has been featured in Université de Sherbrooke's online news (French only). Miguel plans to continue working on the project and would like to develop an online version of the isochrones mapping tool that would be available to federal and provincial institutions, as well as the more than 300 volunteer search and rescue organizations across Canada. He is also exploring the use of imagery captured by  UAVs (Unmanned Aerial Vehicles, commonly referred to as "drones") to improve the quality of imagery and 3D models that are available for search areas.