At this year’s Ontario Ecology, Ethology and Evolution Colloquium, David Benoit won the Spatial Ecology Award sponsored by Esri Canada. Find out more about David’s research that aims to determine how imperfect detection when sampling aquatic systems can affect estimates of species richness and community structure.

OE3C 2016, the 46th annual Ontario Ecology, Ethology and Evolution Colloquium, was held over three days at the beginning of May at the University of Toronto, St. George campus. Hosted and organized by graduate students in the Department of Ecology and Evolutionary Biology, the conference attracted over 170 participants from across Ontario, as well as a few from other parts of Canada and south of the border. The plenary speakers included Hannah Hoag, Managing Editor at Arctic Deeply.

Esri Canada first became a sponsor of OE3C last year when it was held at York University. Many OE3C 2015 organizing committee members  felt GIS was integral to their research and the field of ecology in general. This year, Esri Canada sponsored an Award in Spatial Ecology. To be eligible for this award, students had to have used ArcGIS in their research. The winner, chosen from among more than 30 candidates, was David Benoit, a master’s student at the University of Toronto who studies aquatic community ecology.

David started learning about GIS in some of his courses while completing a B.Sc. degree in Environmental Science at McGill University and found it to be extremely useful in his graduate research projects. He uses ArcGIS for Desktop “to create visual representations of [his] data, as well as account for spatial autocorrelation in [his] analyses.” During his undergraduate years, he became involved in studying aquatic systems, as a volunteer field assistant in the Soloman Lab, an aquatic ecology lab at McGill. However, he says that his passion and interest in the field began during countless summers at a cottage on Grand Lac des Cèdres in the Outaouais region. 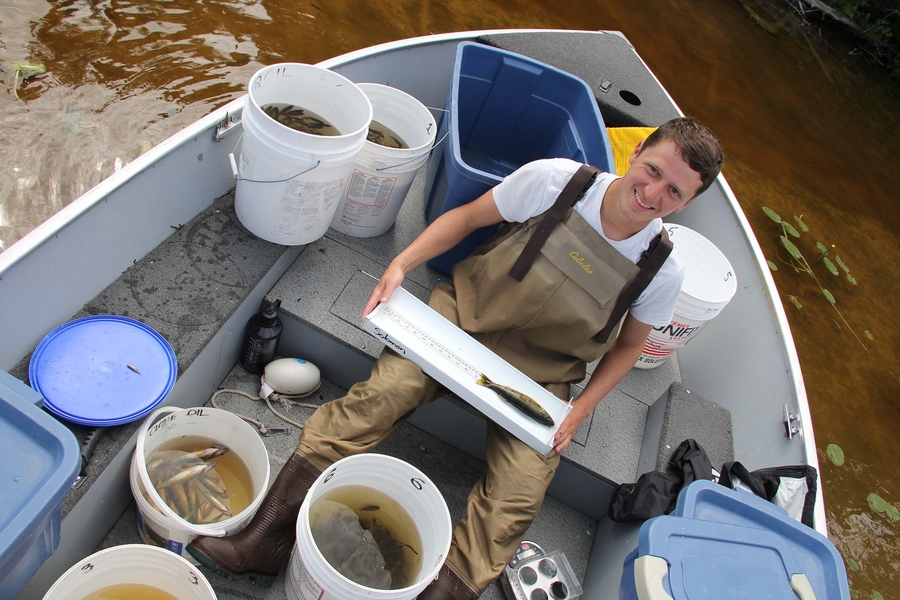 The paper that David presented at OE3C 2016, titled “Tackling Imperfect Detection: An Assessment of Multispecies Occupancy Modelling in Aquatic Systems,” presented the preliminary findings from his master’s thesis. Imperfect detection refers to missing individuals or even entire species when conducting wildlife surveys. His research goal has been to determine how imperfect detection when sampling aquatic systems can affect estimates of species richness and community structure. He is using a multispecies occupancy model to determine whether a species is really absent from a site or was simply not detected in the survey and ArcGIS software to map fish distributions in order to determine hot spots of species richness and overall community structure. 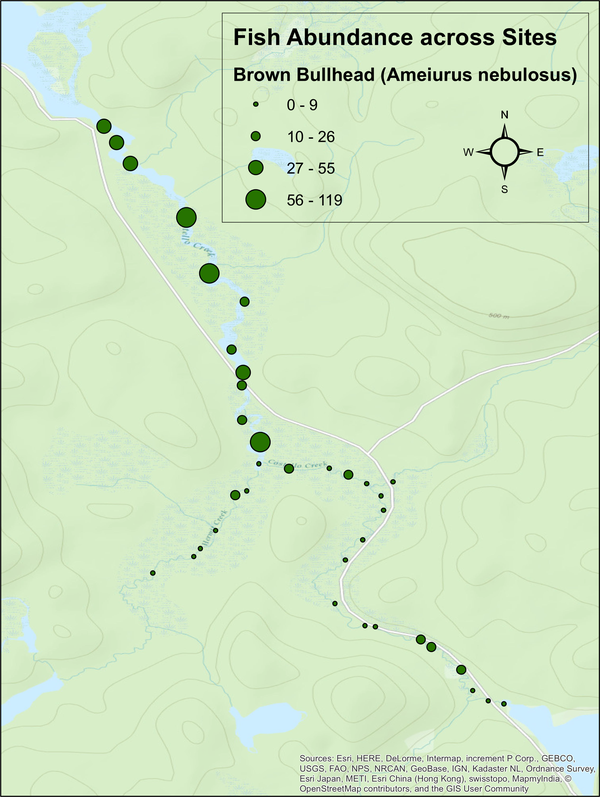 Are you interested in how GIS can be used to study wildlife? Check out these other blog posts: