With the federal election around the corner, this is a great opportunity to examine the past elections in Canada through interactive maps. Discover the free resources that are available to use with your students.

On October 21, 2019, a federal election is scheduled in Canada to elect members of the House of Commons to the 43rd Canadian Parliament. This election is relevant to all Canadians and can be discussed with your students through the use of interactive maps. Take this opportunity to explore the Esri Canada resources that highlight past elections and other topics in Canadian history. 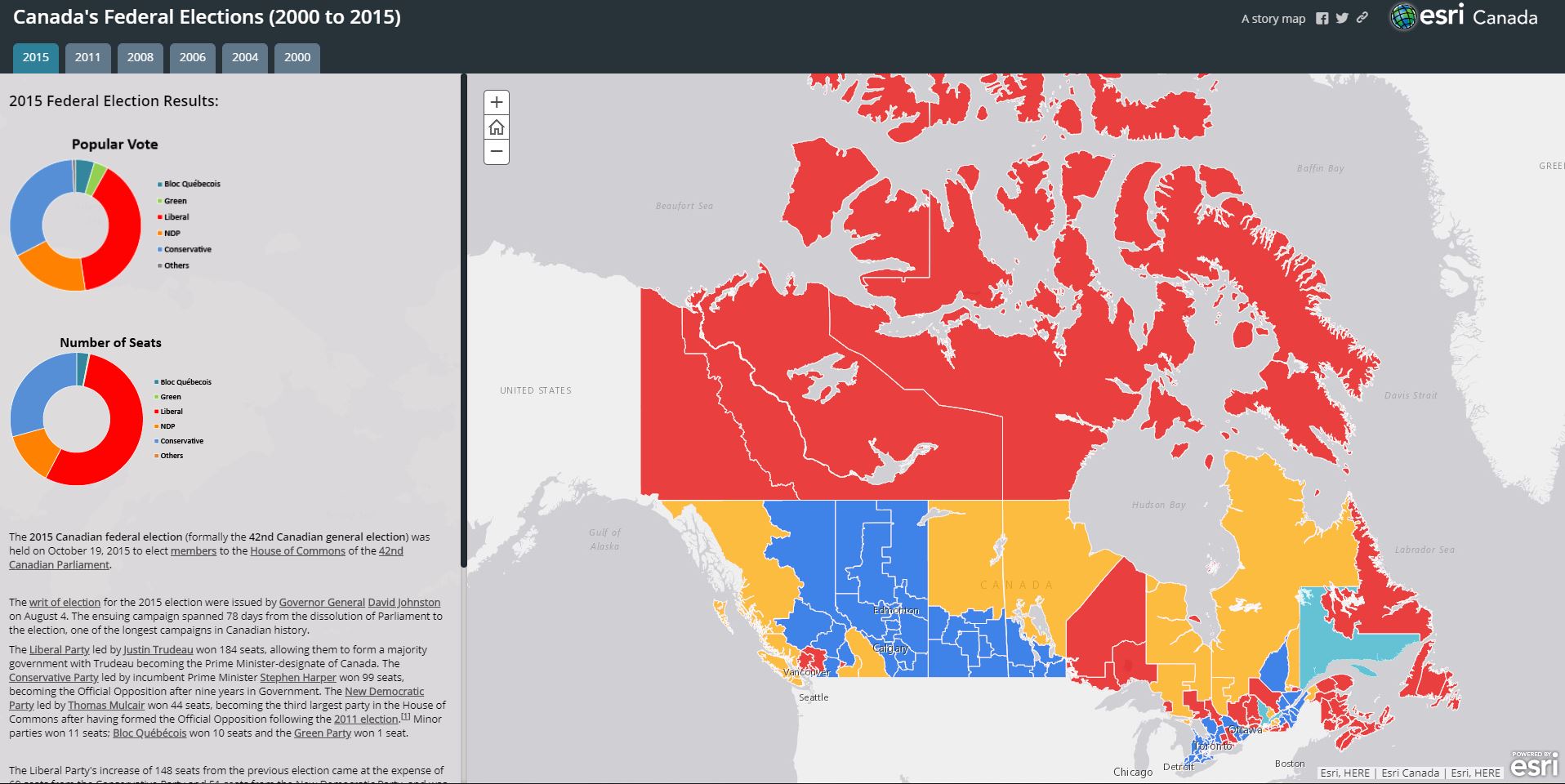 This web map shows the final results of the 2015 federal election in Canada.

To learn more about Canadian history, explore the following resources:

Use this web app to explore Canada's territorial growth since Confederation in 1867.

Turtle Island
This activity is an introduction to Indigenous issues and points of view surrounding land in Canada. It briefly compares traditional Indigenous views of the land with those of the European settlers, and the history of treaties in Canada. It also reviews the populations of the Indigenous People living in Canada as of 2016.