August’s GIS Ambassador of the month is Jeannine Johnstone, a Stewardship Coordinator from the Stanley Park Ecology Society (SPES) in Vancouver, British Columbia. Find out how she’s supporting the use of GIS in an outdoor education program at Prince of Wales Secondary School.

Jeannine Johnstone, a Stewardship Coordinator from the Stanley Park Ecology Society (SPES) is this month’s GIS Ambassador! SPES is an independent non-profit charity in Vancouver, British Columbia that plays a leadership role in the stewardship of Stanley Park through collaborative initiatives in education, research and conservation. Let’s find out how she has been supporting the use of GIS through her work with a local school.

As a child, Jeannine was introduced to GIS by her dad, a GIS professional from the Vancouver area. Growing up, Jeannine and her sisters learned how to read maps, and this helped her become a spatial thinker early in life.

In university, Jeannine took some GIS courses to explore the possibility of pursuing a job using spatial technologies. She loved working with Esri software and continued to take GIS courses throughout university until she completed a Bachelor of Environment degree with a major in Global Environmental Systems from Simon Fraser University in 2017. She’s proud to share with us that this program is the first of its kind in Canada and is focused on the understanding of global environmental systems including the mitigation of climate change and its consequences through advanced data analysis/modelling courses.

In the fall of 2017, Jeannine began working at SPES. She was excited that the organization was using Esri software to map invasive plants in the park. This allowed her to integrate GIS into the education programming at the park and to support their Habitat Restoration projects, like Forest Defragmentation, where off-trail areas can be mapped to inform the ​site selection process for restoration projects including planting. 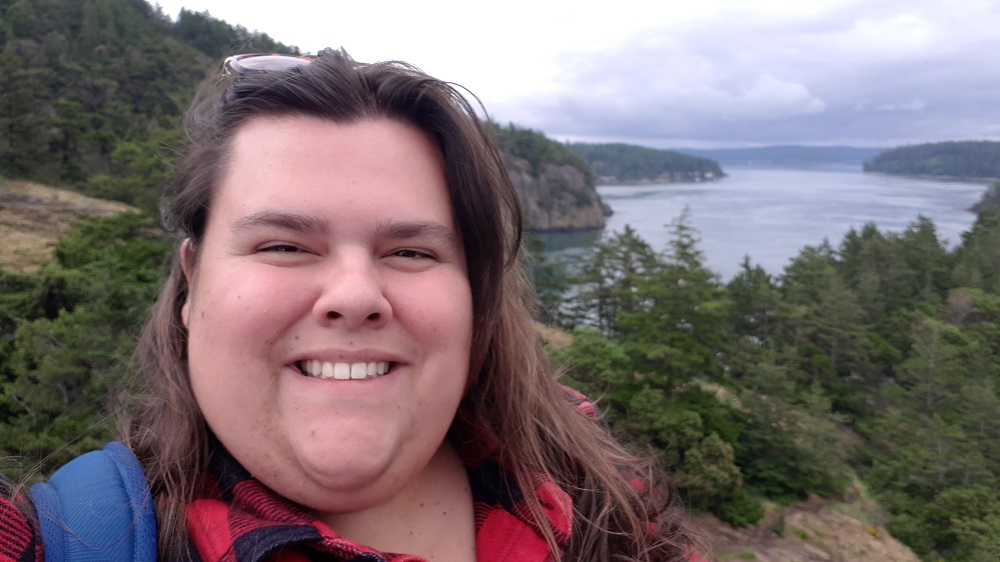 Jeannine enjoys using GIS in her work at SPES.  “As someone who thinks and reasons visually, I find GIS to be an amazing tool for me to understand my world and I love being able to share this perspective with students.”

For the last 2 years, through her work at SPES Jeannine has been working with Jason Momeyer, a teacher who manages TREK, a one year outdoor education program at Prince of Wales Secondary School (POWSS). TREK  is open to grade 10 students in the Vancouver School Board and every year, 112 students from the Vancouver area are randomly drawn from a pool of applicants who meet the minimum requirements, are accepted.  This specialized program is tied to the grade 10 BC curriculum and emphasizes hands-on, real-world learning experiences to help students develop stronger ties to their community and the natural world.

Working with SPES’ Invasive Species Management program, students help collect and map information for the park. At the beginning of the school year, the TREK students are divided into four groups. Jeannine works with each group three times throughout the year, working on activities that are tied to the grade 10 Science curriculum and build on the previous one. 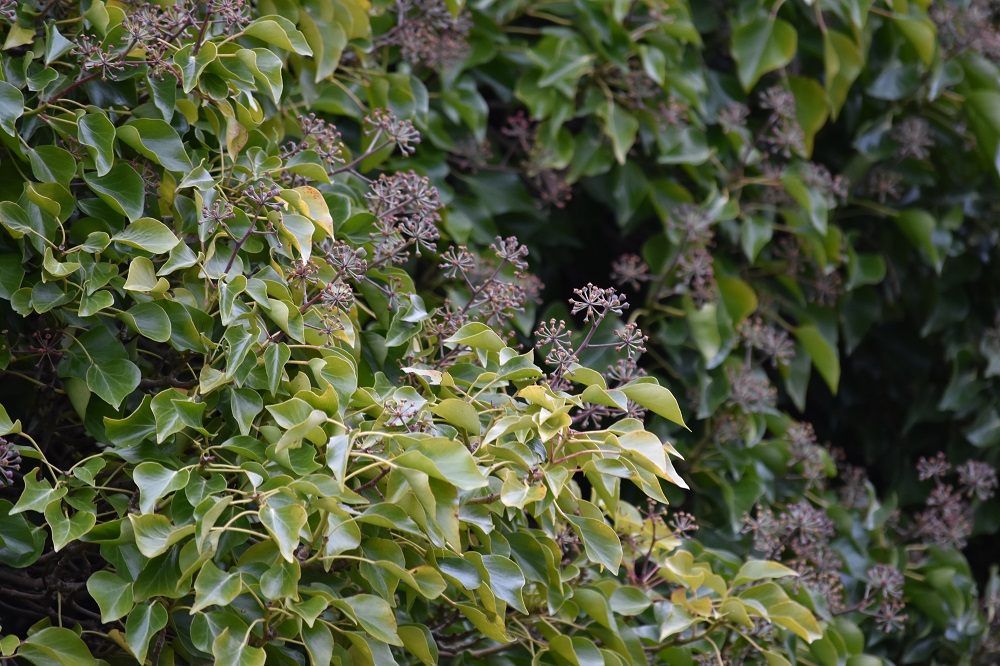 In December, Jeannine makes a visit to POWSS to teach the students about using analysis tools in ArcGIS Online. In this second activity, students use ArcGIS Online to create a heat map to find where high density areas of invasive plants are located in the park and with the measuring tool, they can figure out the total affected area. This allows them to locate the areas where they will remove the invasive plants in the spring.

In March, the students make a final visit to the park to help with the removal of the invasive plants they discovered through their analysis. This activity allows the students to come full circle, as they reflect on their learning in the program.

With her background in GIS, and using ArcGIS to engage the TREK students in learning about plants found in Stanley Park, Jeannine  hopes the students will gain a deeper understanding and appreciation of nature and through the lens of ecology and invasive species management see how GIS can also be a possible career path. 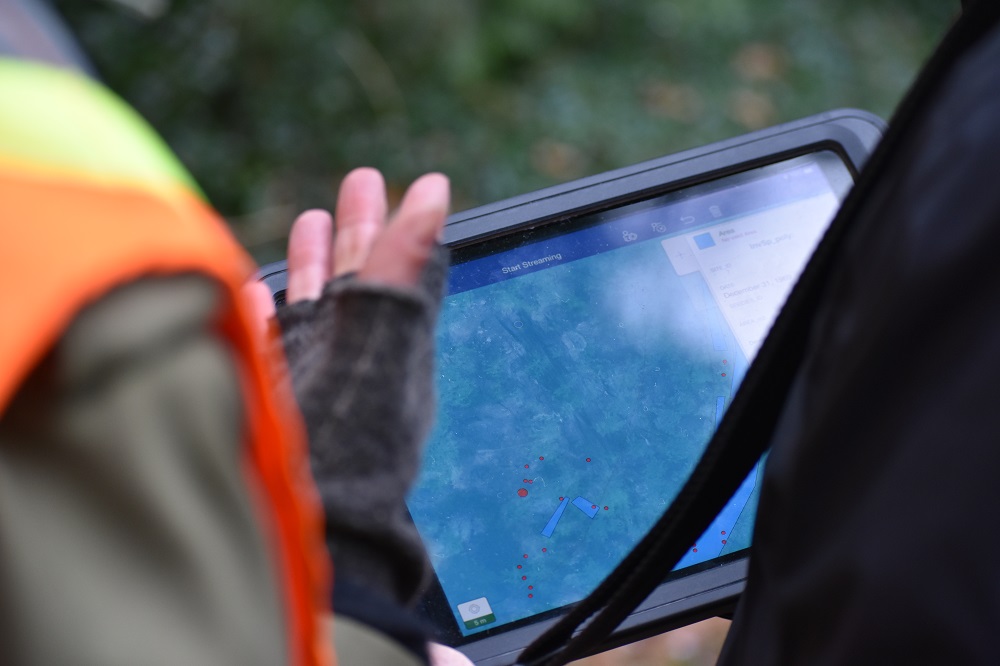 A heat map created with the data collected by TREK students of invasive species found in Stanley Park. In yellow, you can see the areas where there’s a higher density of the English Ivy and English Holly in the park.

The program has been such a success that SPES wants to continue the program but evolve it a bit. Next year, Jeannine says, in. “We will likely be approaching our mapping in a slightly different way in the next iteration of the program by focusing on mapping Ivy growing on trees. Tree Ivy is of particular concern for SPES because once ivy begins to grow vertically the plant changes form, becoming woody and begins to produce berries which greatly increases the opportunities for this invasive plant to spread via birds and other animals.”

Keep up the wonderful work you’re doing with the TREK program. We look forward to hearing about the work the students will be doing in the fall.

Teachers can connect with a GIS Ambassador in their community and begin or continue their GIS journey! Read other inspiring stories about GIS Ambassadors who are supporting schools in their region.

New to ArcGIS Online? Sign up for an account at k12.esri.ca/#access. Get started with a tutorial and find other resources at k12.esri.ca.