Since starting an open data movement about five years ago, how is Canada doing in terms of releasing its data? A 2015 open data survey indicates that open data programs have become increasingly popular across the country. Read this blog post to find out who‘s active in Canada, what open data programs look like, and what impact they’re having. This post is part of our Open Data Blog Series that explores the concept of freely publishing public data and how it relates to GIS technology.

This post is part of our Open Data Blog Series that explores the concept of freely publishing public data and how it relates to GIS technology.

As upcoming events such as the International Open Data Day in March and the Canadian Open Data Summit in April approach, it’s time to think about how you and your organization can get involved with the worldwide open data effort. Perhaps you can become an open data provider, an open data producer or publisher, or even an open data advocate. But why would you want to join this effort? What’s in it for you?

The world has entered a period of rapid innovation and change unlike any we’ve seen before due to technological advances. Many industry and government leaders have observed the increasing importance of data and connectivity in helping to realize and make the most out of this digital revolution.

Canada’s digital economy continues to grow and Canada is doing its best to provide leadership in the areas of open data and open government. Since starting an open data movement about five years ago, it seems all levels of Canadian government have been doing well in terms of releasing their data to the community.

So how do we know how we’re doing? 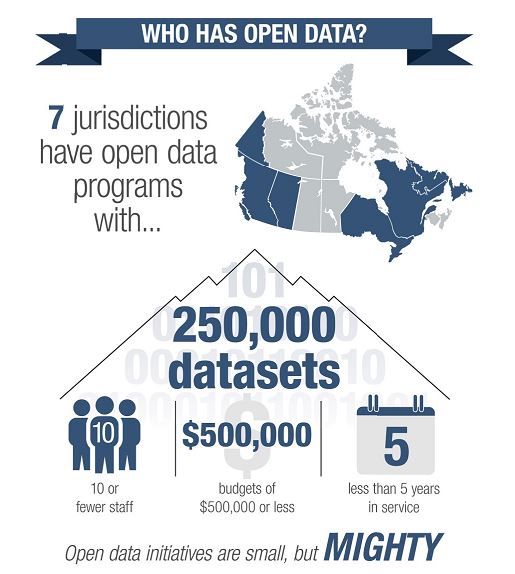 The survey showed that the federal government, 5 provincial governments and one territorial government (that’s 7 out of 14 jurisdictions) in Canada now have open data portals and programs. The majority of these jurisdictions uses an open licence that allows people to freely reuse any of the data without restriction.

The survey found that there’s a strong need for open data, with the number one feedback being the request for more open data. The survey also indicated that open data is useful for a broad range of groups and activities.

What about open geospatial data? 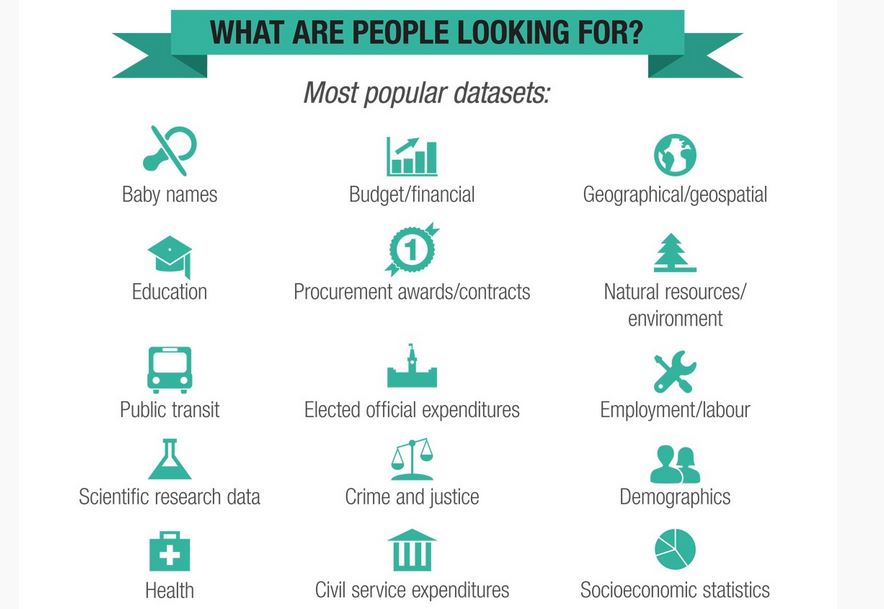 In the three most downloaded dataset categories—better services, better transparency, and innovative business—geospatial is at the top of the innovative business category. Even many of the most popular apps that are being developed using Canadian open data are geospatial.

On areas that need improvement, survey respondents noted that they want common standards, resources on how to make it easier for people to find data from multiple government sources, as well as support on how best to implement open data programs.

So, is open geospatial data likely to continue to be one of the top downloads? All indications are yes. 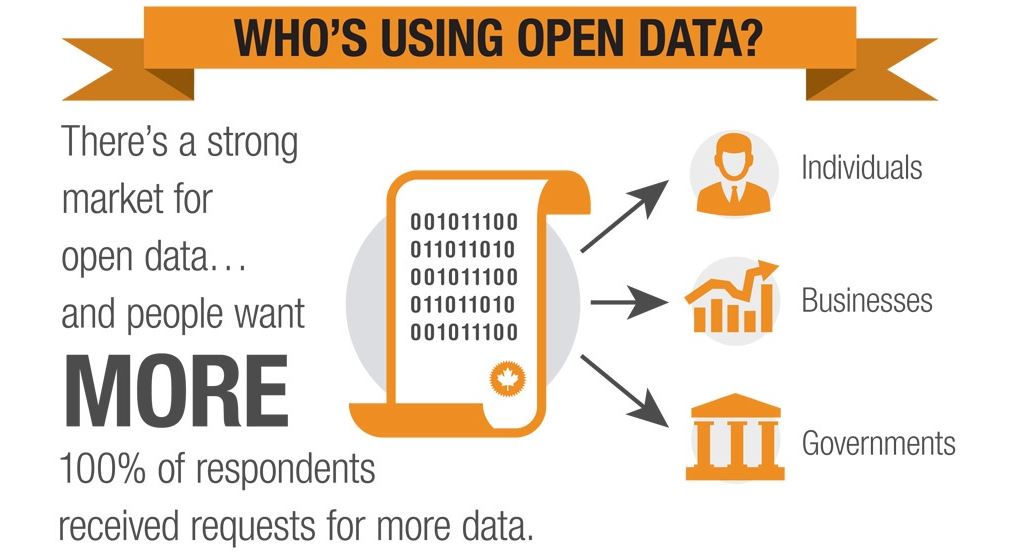 With the popularity of mobile computing, people are always asking what’s going on around them. When is the next bus arriving? Why is the traffic moving so slowly? Where is the nearest coffee shop or bank ATM? Lots of efficiencies come when people know what’s available nearby or what routes to avoid when going somewhere. It’s not surprising that people are increasingly using open geospatial data to make apps that show real-time transit routes, healthy food locations or government budget spending.

Other useful location-based applications answer questions such as: What’s on my farm? How did people near me vote? How many students attend my local school? Another example is Esri Canada’s Community Map of Canada, which contains a significant proportion of open geospatial data.

With the many benefits open data provides, it’s time to look into opening up your organization’s geospatial data to help build Canada’s digital economy. The upcoming open data events are excellent sources of additional information that can assist you in making a more informed decision about where and how you can best help advance the open data movement.