Have you heard about the GIS Ambassador Program? Through the program, GIS professionals and students can become a GIS Ambassador and share their passion for using GIS in the classroom. Find out how many GIS Ambassadors have signed up for the program so far and how educators can connect with one in the fall.

Since last June, when we blogged about our first GIS Ambassador, the GIS Ambassador Program has attracted over 150 eager GIS professionals, educators, students and Esri Canada staff across Canada who are interested in promoting the power of GIS to K-12 teachers and students.  These ambassadors come from different industries, including various levels of government, private companies, not-for-profits and school boards. 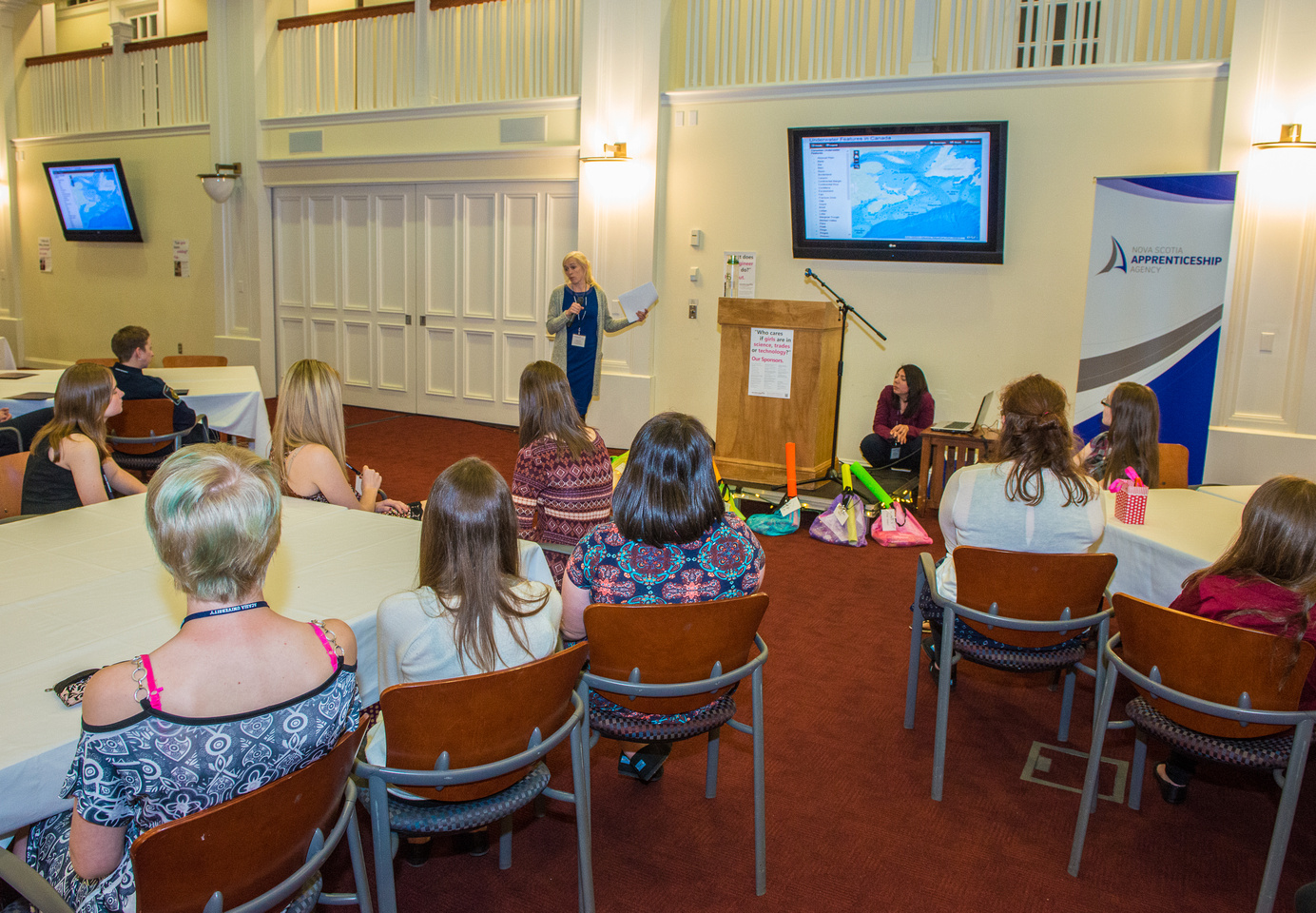 Susan Carbyn, a GIS Ambassador who works at Agriculture & Agri-Food Canada in Nova Scotia, presented on her career, Geomatics and ArcGIS Online at a Techsploration event in May 2016. Techsploration is a not-for-profit organization that empowers young women from grades 9-12 with opportunities to explore science, trades and technology occupations, while creating awareness about the critical role of work in their lives.

Some of the ambassadors were first introduced to GIS in high school as an engaging learning tool. Now, they are compelled to share their love of maps and GIS with youth in their community. A few of them are recent graduates who want to become involved in their local schools. Many of the ambassadors are parents who want to promote the importance of spatial literacy and introduce GIS in their child’s class, in hopes that they will use GIS at an early age.

As the new school year approaches, we look forward to connecting K-12 educators with GIS Ambassadors in their community.  Last year, many students were introduced to GIS on or around GIS Day, and many of them continued to use it in their learning throughout the year. 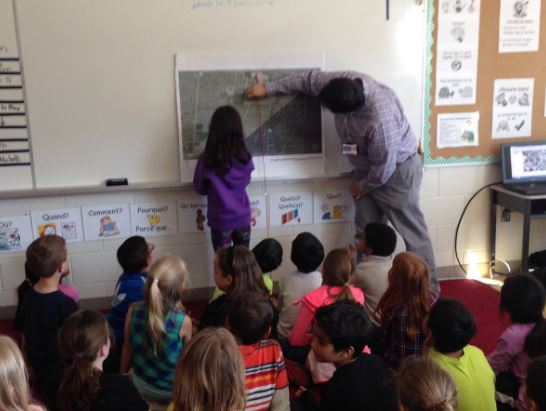 In June 2016, Paul Moser, a GIS Ambassador who works at Stantec Consulting Ltd in Ontario, presented to a grade 2 class in Milton to help reinforce some of the concepts they learned in their mapping unit. This was done using ArcGIS for Desktop to apply some real-world examples about scale, direction and identifying map elements. The students enjoyed the activity, as Paul helped them measure the distance from the school to their home using a piece of string (as shown above), and then they calculated the same distance using a scale bar on a digital map in ArcGIS for Desktop. The students also enjoyed viewing the aerial images of the school area and seeing how it had changed over the last 16 years. 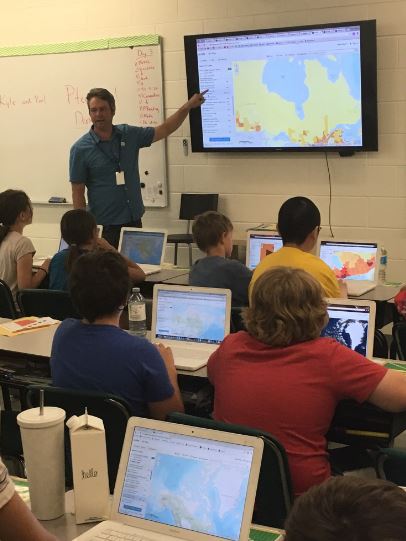 In June 2016, GIS Ambassadors Paul Giroux from the City of Greater Sudbury and Kyle Murdoch from Esri Canada’s Sudbury office conducted an engaging 2-hour workshop for Grade 6 MacLeod Public School students. Using ArcGIS Online, the students completed a couple of the Esri Canada ArcGIS Online 6x6 tutorials focusing on different provinces. To keep things interesting for the students, the GIS Ambassadors introduced the Geoform configurable app template for data collection of local "Pterodactyl Sightings" with students adding observations, reviewing their data and creating their own maps. The workshop was a hit with the students, as they were quick to grasp the material presented to them.

If you’re interested in learning more about the program or if you’re a teacher who would like to invite a GIS Ambassador into your classroom, contact us at k12@esri.ca and we would be happy to help you.