Tuesday, June 21st marks the 20th anniversary of National Aboriginal Day in Canada. It’s a great opportunity to discuss Aboriginal peoples’ traditions and important contributions that have been made in our country. Explore our ArcGIS Online resources with an aboriginal focus that can be used in your teaching. 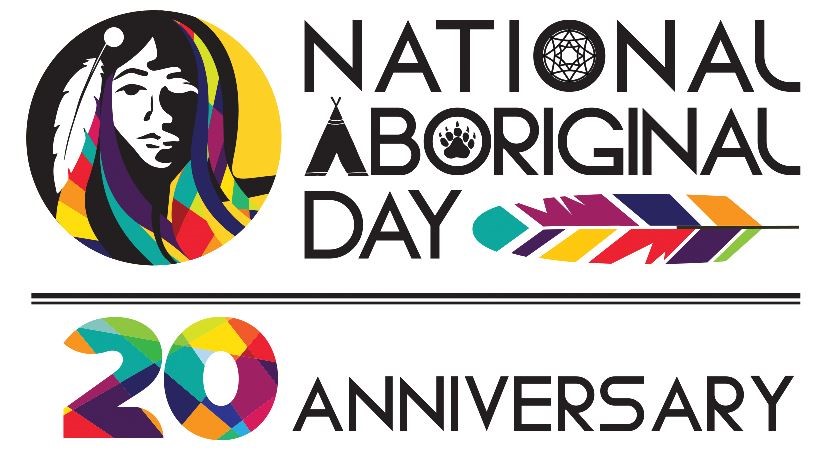 This year, people will be celebrating the 20th anniversary of this important day with events across Canada. As an educator, you can also get involved by integrating an Esri Canada educational resource into your teaching that will allow your students to learn about the history and culture of Aboriginal peoples in Canada.

In this lesson, students will identify key events, battles and persons during the rebellions. They’ll also investigate how the rebellions affected each another and how they continue to affect us today.

Communities in Nunavut
This web map displays the communities of Nunavut. Click on the points to view a description that includes the community name in the Inuit languages of Inuktitut and Ininnaqtun, the translation of the place name and the population in 2011. Click on the image provided in each pop-up to open a website that provides additional information about the community.

Aboriginal Peoples of North America
In this lesson, students will explore the Aboriginal and European settlements in North America circa 1630, 1740 and 1823. Specifically,  students will use ArcGIS Online to discover the diversity of the Aboriginal peoples and their way of life. They’ll also explore the distribution of the settlements of Aboriginal peoples who first inhabited Canada and early European settlers. Natural Resources Canada has provided the data used in this lesson from a  documented  and recorded European perspectives.

Interviewing Aboriginal Elders
Elders have wisdom about traditional knowledge, customary recipes, spiritual ceremonies, healing practices and environmental observations that they can share with the youth in their community. In this lesson and its associated activities, students will identify questions they would like to ask the Elders of their community, create a GeoForm application to record the answers and build an operation view of the information to summarize the results. 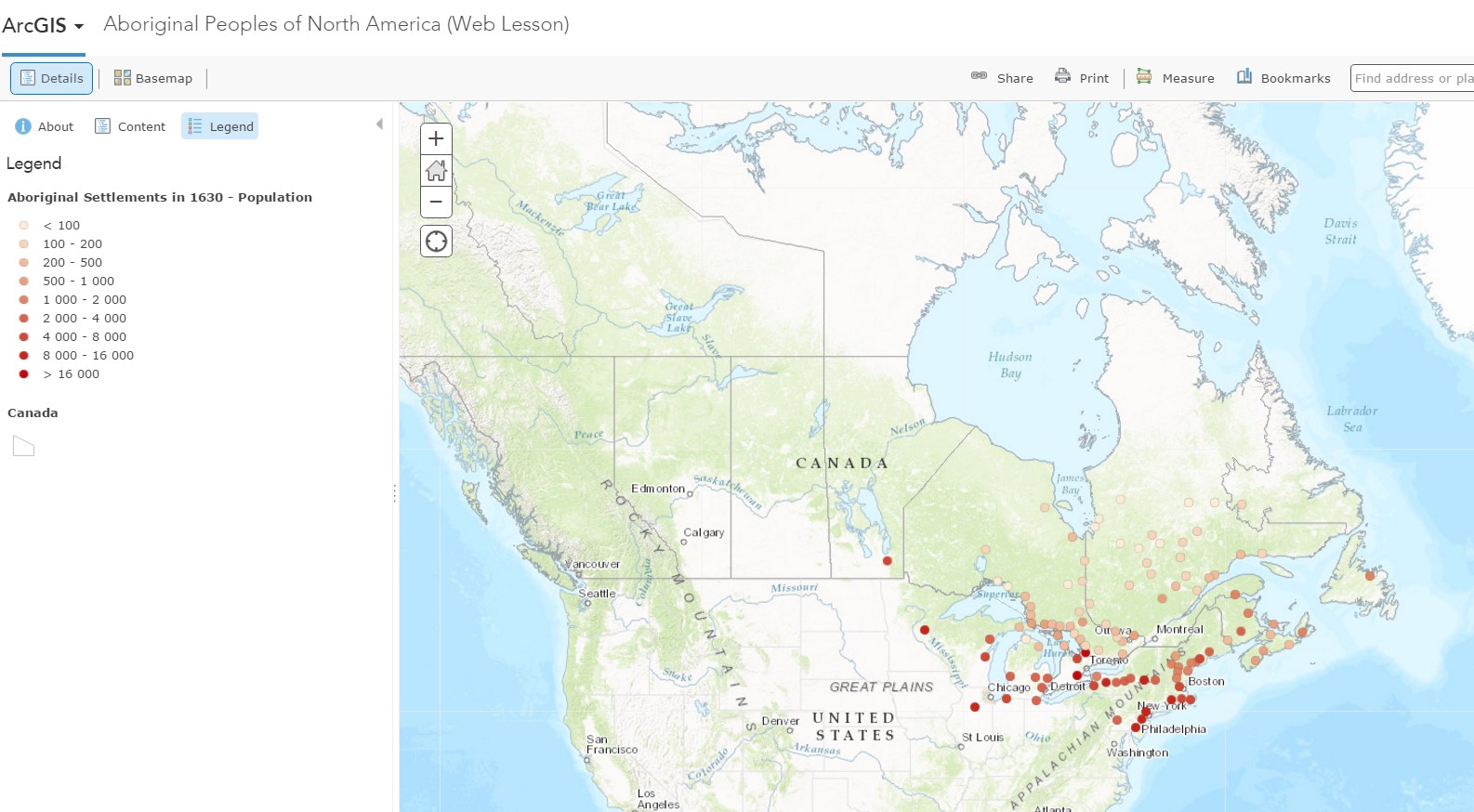 This web map is from the Aboriginal Peoples of North America showing Aboriginal settlements in 1630 by population range.

Learn to create your own Aboriginal focused web map or map application (app) with the following resources:

Introduction to ArcGIS Online
Use this tutorial to learn how to create your own web map.

Creating a Map Journal Story Map
Use this tutorial to learn how to create your own map journal story map.

If you are new to ArcGIS Online, you can request an account in a K-12 subscription at www.esri.ca/agolaccess.