International Women’s Day is celebrated annually on March 8th. Take this opportunity to discuss and share women’s past and on-going contributions to the world with your students by using some ArcGIS Online Web maps and Web applications (apps).

Celebrate International Women’s Day with your students by using the following ArcGIS Online story maps and Web maps that promote the contributions women have made in Canada and around the world.

Women’s Right to Vote in Canada
This January marked the 100th year since the first province in Canada – Manitoba – granted the right for women to vote. To commemorate the occasion, the K-12 group created this Web map that shows the year women* in Canada received the right to vote by province and territory. 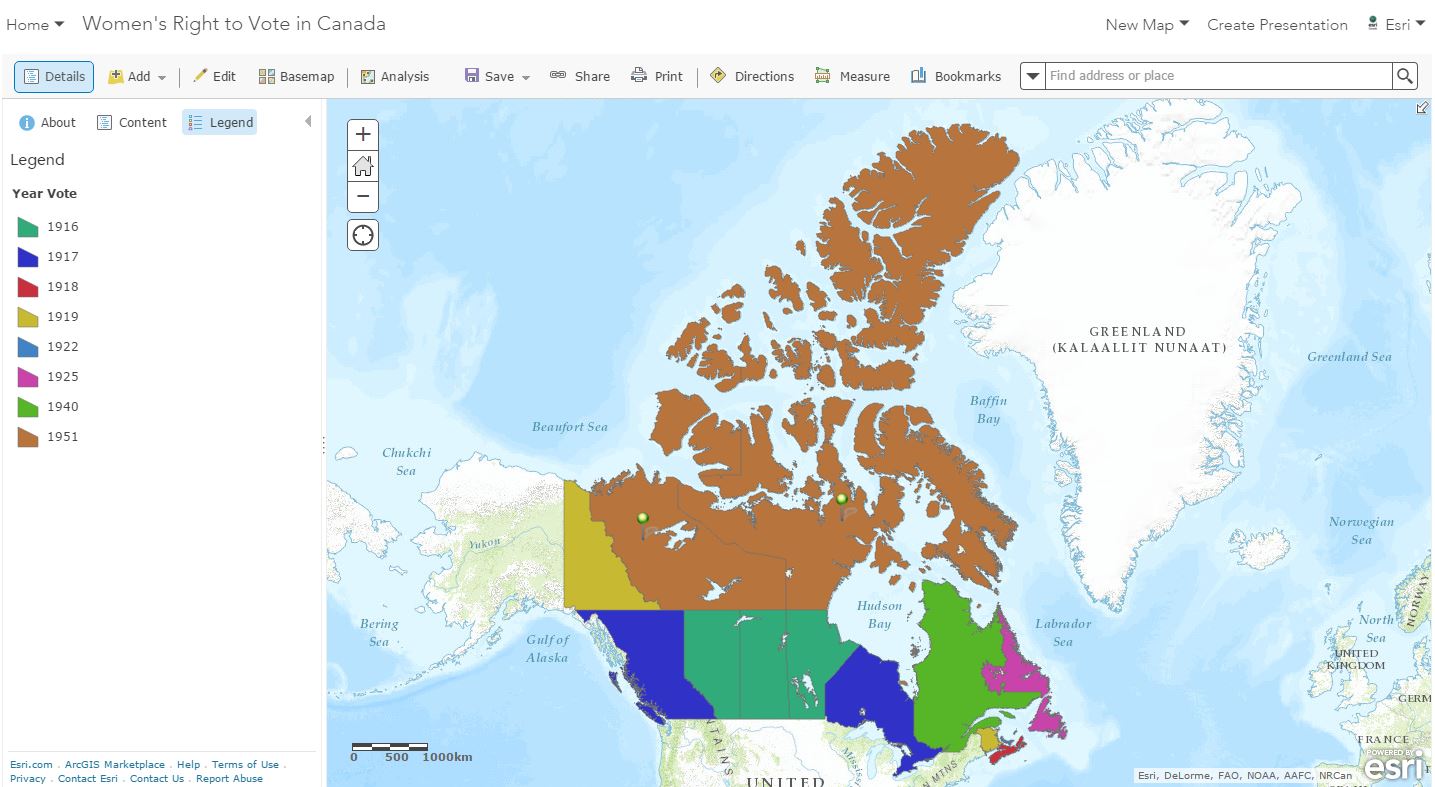 Create your own in depth story map about the history of women’s right to vote in Canada.

Canadian Heroines
This story map highlights Canadian heroines that are noted for their courage or special achievement in a particular field.

Explore the Canadian Heroines story map that celebrates the accomplishments of some women who made significant contributions to society.

WWI: The Role of Canadian Women
This story map shows the role of Canadian women and their contributions on the home front and overseas during World War I.

Women in GIS: Helping Map a Better World
This story map is the result of an initiative by Linda Loubert of Morgan State University to create a crowdsourced map of women who are geographic information systems specialists. 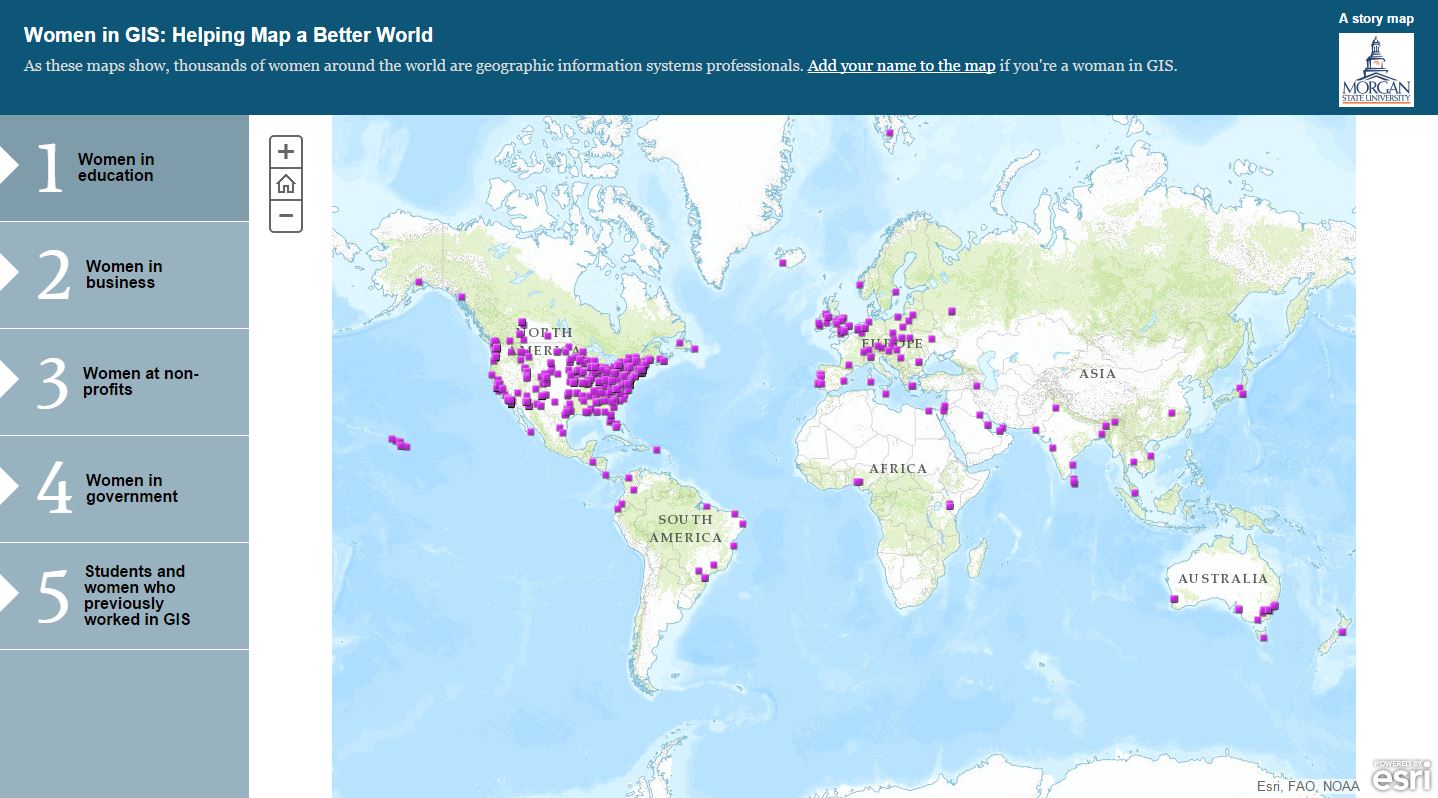 Discover women’s contributions to the field of geographic information systems (GIS) in education, business, non-profit and government around the world.

Women in Tech
This crowdsourced story map puts women in Tech on the map. It was created in partnership with Morgan State University, Baltimore, Maryland.

There are many more stories about women that can be told using a Web map or story map template. Find out how you can create your own International Women’s Day resource by using the following Esri Canada resources:

*Not all women were considered equal. Minorities and Aboriginal women were not allowed to vote until much later.