They liked our ideas and agreed, so Dan and I met with Tolko’s woodlands team to assess the original portal and we made a list of things we felt that needed to be remedied. Two big things came up. First, making “groups” a more integral part of the portal because groups is how we authorize users to get the right content at the right time, to the right people. Their original portal had too many groups and the descriptions needed improvement, so we decided to work directly with the stakeholders of these groups to merge some of them and provide more compelling, succinct descriptions that would manage the expectations of the users. 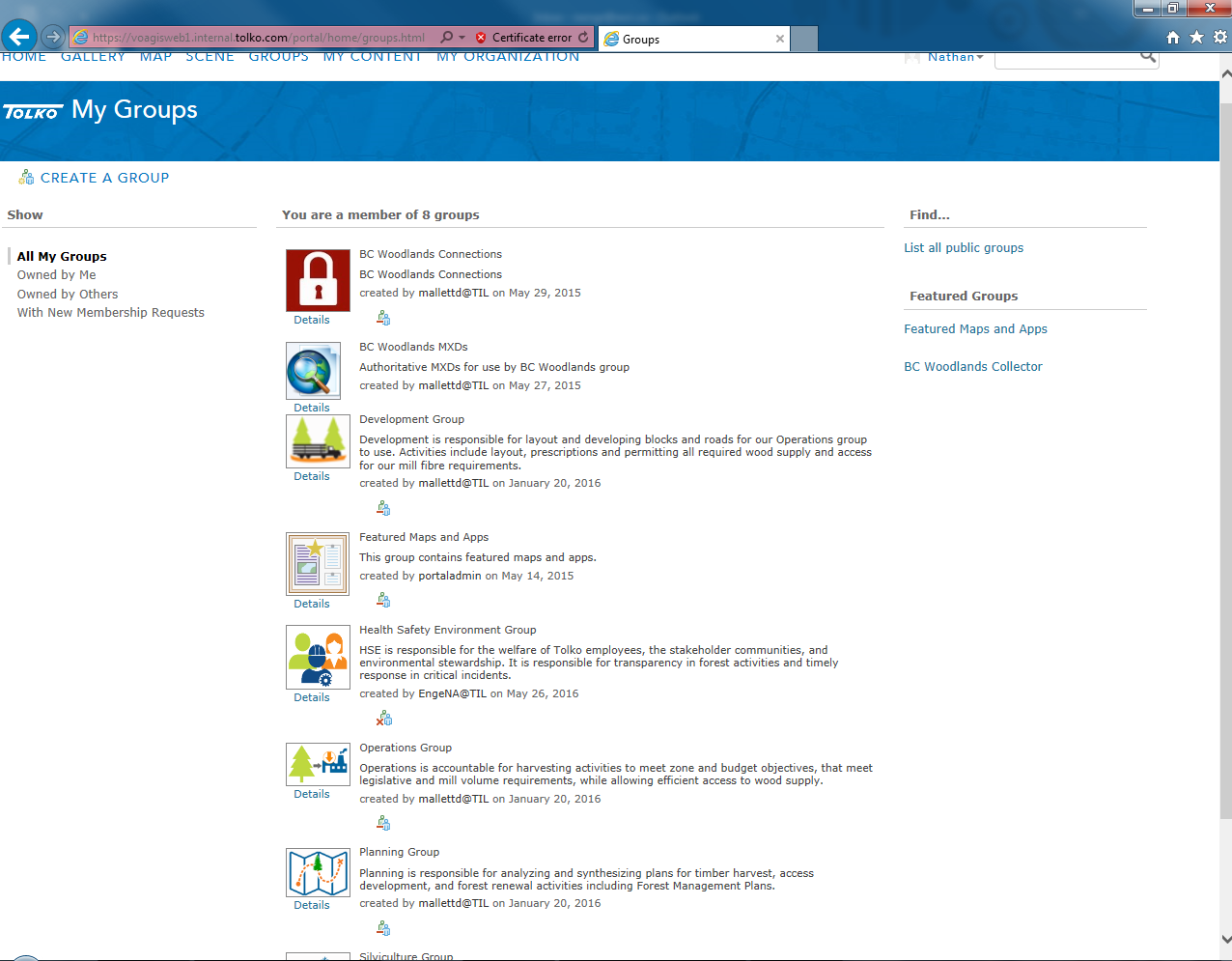 Second, we needed to work directly with Tolko’s communications team to make sure the redesigned portal used their corporate colours and had an overall look-and-feel consistent with their brand. This meant getting things like thumbnails right so that if people were looking at an icon, they knew they were looking at a PDF document or a map. This also meant highlighting apps that are used most often, and showcasing new apps the GIS team has created. Promoting an app in the feature gallery invites curiosity, which helps them increase collaboration by extending new tools to other groups.

AB: How did you create and test the new portals?
NE: We adopted an iterative approach because the communications team only has view-only access to Tolko’s portal, so this involved creating a test version, publishing it and then presenting the results each time. This approach allowed us to gradually receive feedback and continually make tweaks to the portal, which kept us closely aligned with the customer’s expectations throughout the redesign.

AB: What were some of the important lessons you learned from this project?
NE: GIS people are not design experts. We focus more on function over form. There was quite a bit of UI/UX (User Interface/User Experience) principles to learn. A blog post published last year by Esri was a very helpful reference. It does a nice job of explaining the concept of focused apps and user accessibility. Also, the iterative approach is key. Getting continuous feedback from the customer is important to getting it right. Finally, as a GIS consultant coming in as an expert on maps and apps, customers are leaning on you to give advice on groups and security, so you need to do your homework and be prepared to provide the right answers.

AB: OK, so you have one, key message on portal design for the audience that we’re going to scrawl across a banner flying behind a plane. We don’t have it in the budget to fly it across Canada though, so we’ll just put it below this question in the post. What’s your message?
NE: Well, I think I would say: