The latest updates to the imagery and topographic basemaps on ArcGIS Online include some fabulous Canadian content.

The imagery and topographic basemaps on ArcGIS Online were updated this week with some content from new and existing Canadian contributors. All of these new contributions really help improve the basemap and expand our Canadian content. To date, more than 70% of the populated areas in Canada are covered by provincial and municipal participants in the Community Maps Program.

Four locations in southern New Brunswick were updated with imagery from 2014 or 2015. The imagery was provided by the province and has a resolution of 7 cm or 7.5 cm. 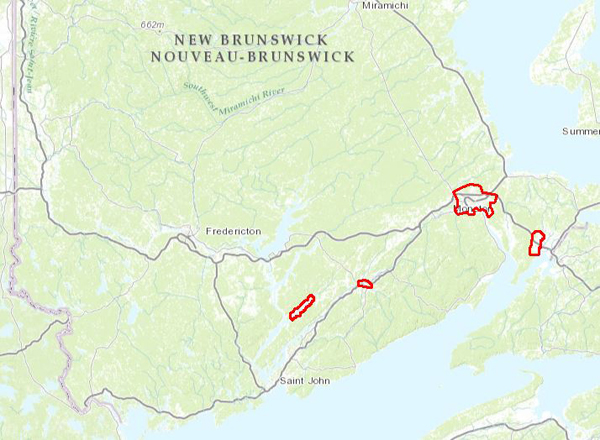 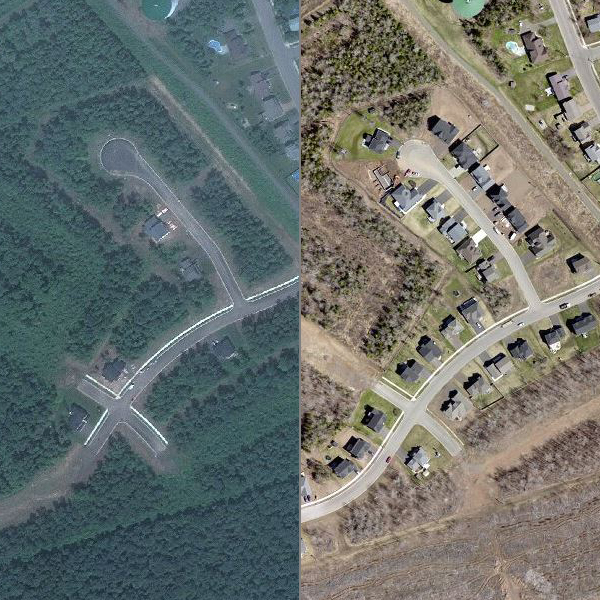 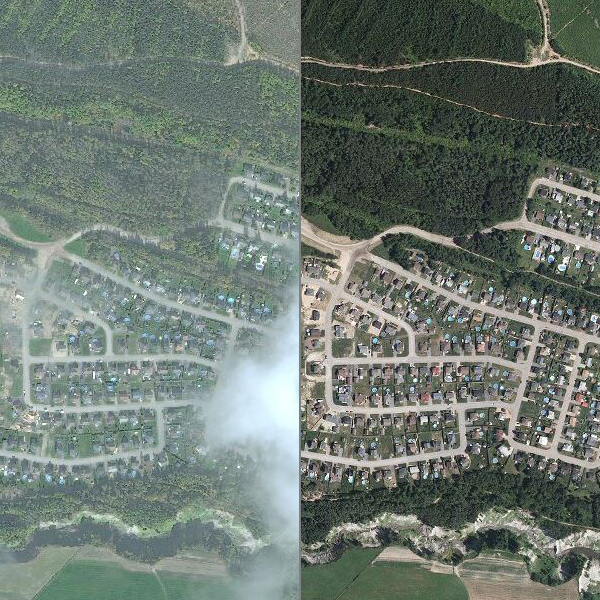 New imagery contributions from Charlevoix and Charlevoix-Est (right) have made the imagery basemap a little clearer. 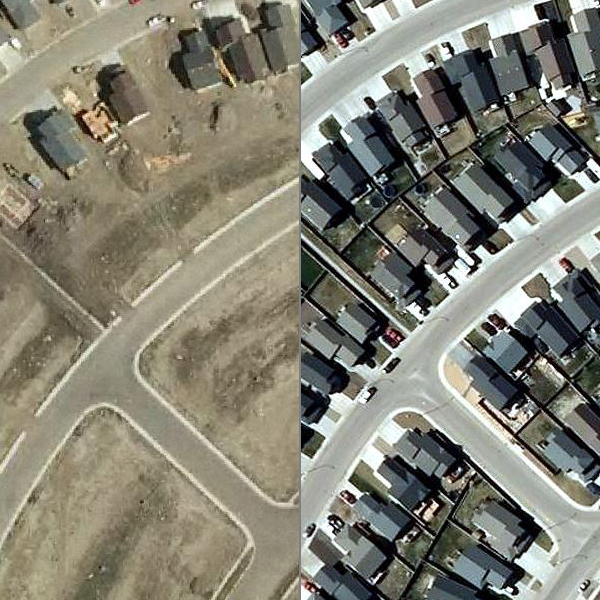 Updated imagery from the County of Vermilion River (right) shows some of the urban growth in Lloydminster.

On the topographic basemap side, two new contributors were published and one existing contributor was updated. All three communities are from Ontario. The counties of Lambton and Bruce each provided data that included transportation features, parcels, buildings and parks. This data, supplemented with data coming from the province’s open data site, have significantly improved the content of the basemap. 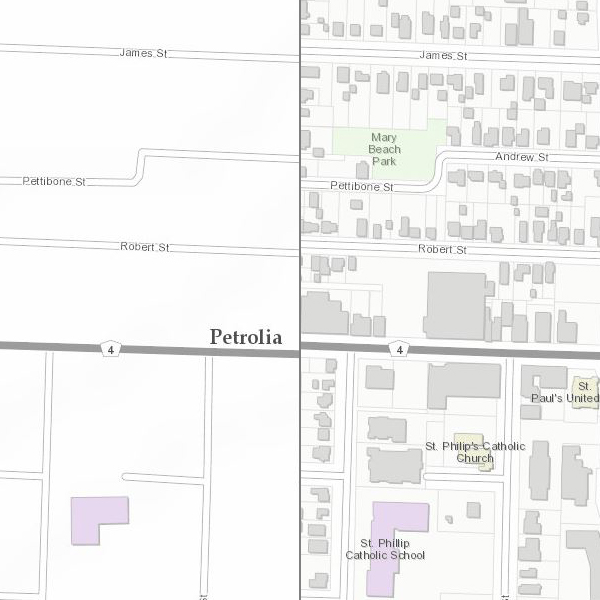 Petrolia, located in the County of Lambton, before and after the update. New municipal and provincial data contributions (right) are now included in the basemap for this area.

The City of Cornwall, a long time contributor to the Community Maps Program, provided updated content for inclusion in the basemap. Additional detail includes parking lots and vegetation. 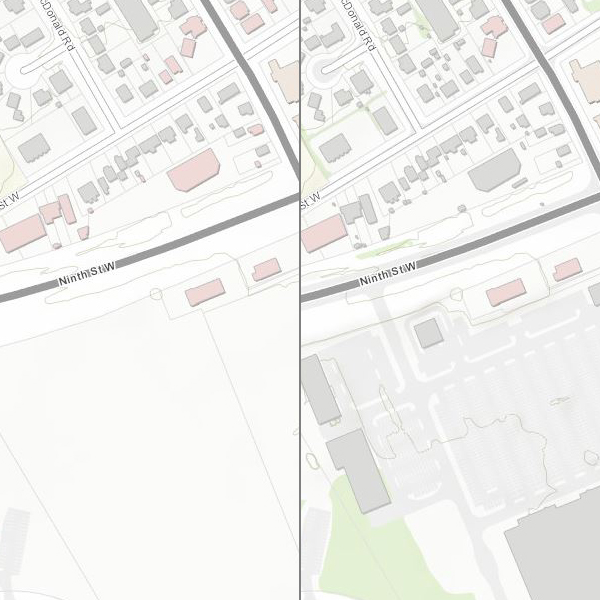 Cornwall, ON now has parking lots in their latest update (on the right).

Do you want to learn more about the Community Maps Program? Be sure to tune into our free Webinar on April 21, 2016.