Being tasked with an open data initiative can sometimes feel overwhelming. There are many factors to account for and it can involve so much more than just publishing information through an online portal. In our final installment of our open data blog series, we present four tips to help you get your open data program off the ground.

So, you’ve got your open data, the tools to publish it and the green light to launch your catalogue. But after you’ve propped up your open data site, do you have a broader plan to help your open data initiative get off the ground? 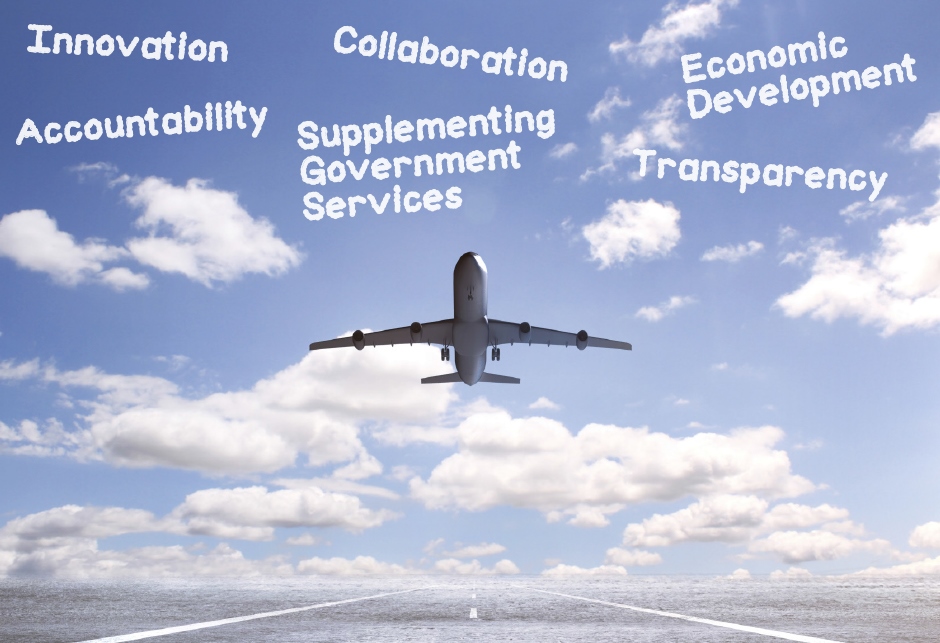 Shifting your focus away from simply publishing open data on a Web site and focusing more on the development of an open data program is more likely to help your organization achieve its goals. The open data movement is slowly gaining momentum, but it’s still a relatively new concept for many organizations. There isn’t a wealth of information out there to help guide your efforts. What we do know, however, is what’s worked so far for the trailblazing Canadian organizations that have launched open data programs.

This isn’t entirely surprising given that these are the key ingredients for most successful projects. However, it’s an important reminder that the success of an open data program lies in direct proportion to an organization’s commitment to each of these.

All good plans begin with establishing clearly defined goals. Your open data program should, too. Once that’s established, engage the public, developers and people inside your organization early on for their input. This way, you’ll have a better idea of what people want and how they’d like to consume data. You can start by seeking input on what kind of data should be published on your open data site and how it should be organized.

Once you’re up and running, run a pilot and solicit feedback. The Regional Municipality of Halifax accomplished this by hosting a successful app development contest to encourage public engagement and inspire the development of apps using open data. In addition to the publicity the contest achieved, it also connected Halifax with the local developer community, which provided valuable input on the development of their current open data catalogue.

Halifax created a YouTube video to promote the results of its app development contest, Apps4Halifax.

Hackathons are another tried-and-tested contest idea. You can advance this method of engagement by positioning open data as a way to spur economic development in your community. By making open data available to developers, you’ll empower developers with an opportunity to harness information to create apps or Web-based solutions. Here’s a look at two hackathons that were hosted by the City of Mississauga and the City of Calgary.

2) Strive for simple and intuitive Aim for your open data site not to look like something developed by IT and GIS people for IT and GIS people. Granted, you need to include things like dataset attributes and API listings, but this doesn’t preclude making your open data site accessible and easy for non-technical people to use. Esri has a catalogue of examples available for reference and inspiration. One neat idea is to show off apps that have been developed using your open data. The City of Brampton features this on their Open Data Catalogue, which is a visually appealing and easy-to-use Web site that incorporates, among other things, the use of icons and a section that lists recently updated datasets. 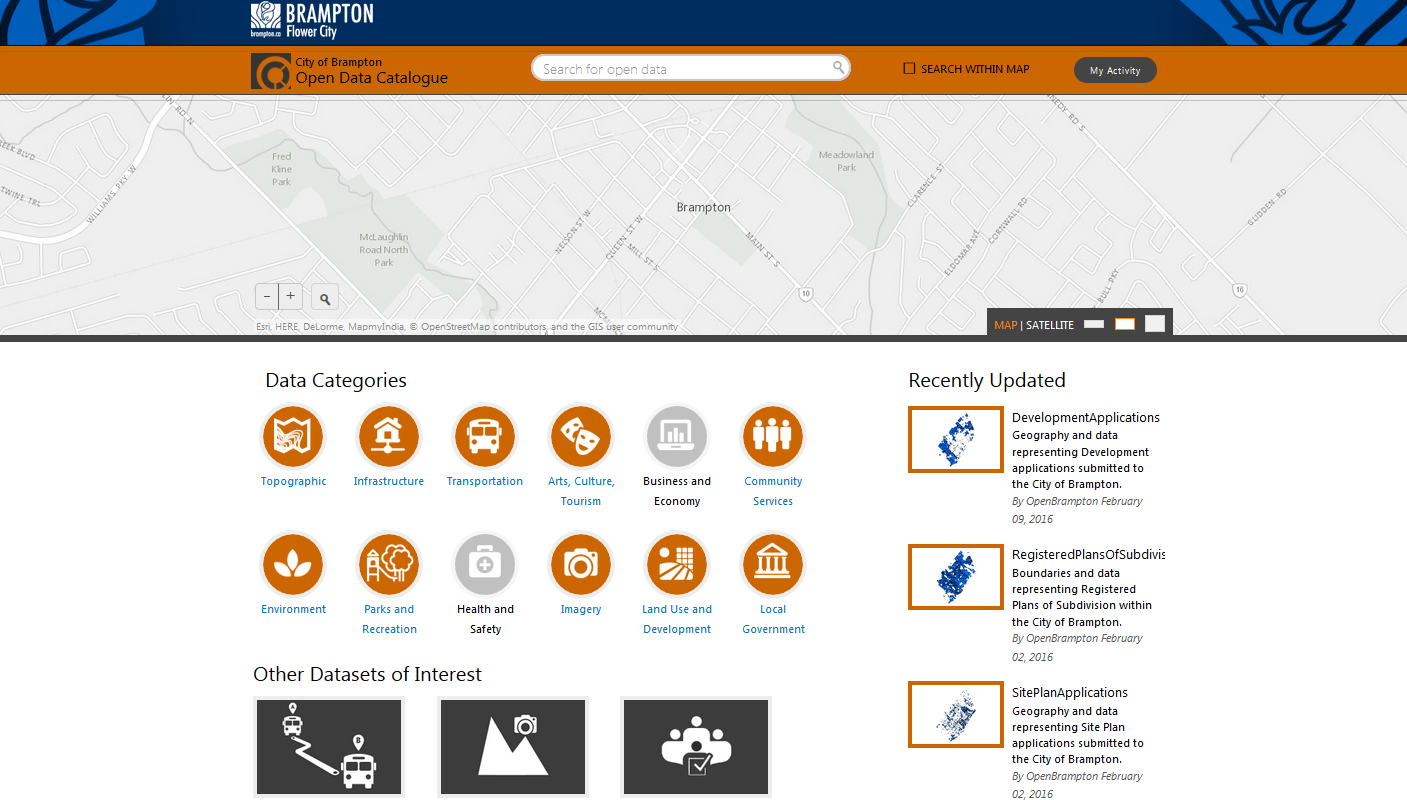 The City of Brampton’s Open Data Catalogue allows you to search for data by category and visualize the most recently updated datasets.

While the public might be considered as the main benefactors of an open data program, internal employees can benefit substantially as well. Reach out to colleagues and other departments within your organization for feedback, ideas and input and communicate the advantages of sharing information through a Web-based portal. Namely, that open data sites can help internal employees reduce and, in some cases, eliminate some information requests altogether.

A group of municipalities and townships in West Parry Sound, ON achieved this by integrating their open data into a central geodatabase and publishing it via an interactive online map. Internal staff now search and retrieve public information themselves rather than asking different departments for it (here’s more on the smart community initiative in the West Parry Sound region). And hey, if a community with a small population of close to 7,800 household can achieve this, so can you!

4) Set productivity benchmarks The Open Data Index cited measurement as the biggest area for improvement for the open data programs that it studied. Quite simply, many municipalities struggle to accurately measure the impact of their programs. Setting a handful of benchmarks before implementing your program can help you avoid this. Ultimately, you need to measure time and money saved, so forecast a few areas you and your colleagues feel will achieve operational efficiencies once you’ve launched your program. For example, you could track inbound calls to municipal staff for information before and after your open data program launches. Or, you could measure information requests that GIS staff or other departments receive. This will help quantify the return-on-investment your organization has made into your program.

Finally, if you do host an app development contest or hackathon, track and report participation (number of apps developed, number of votes cast for apps, number of web page visits to the contest, etc.) and keep tabs on developers and the success of the apps they develop. Above all, do your best to communicate your achievements to the public and throughout your organization to keep the momentum going and the open data flowing.

Of course, this isn’t a definitive collection of tips, but it’s a starting point. If you have other ideas that have worked for you or others, we’d love to hear them. Please share them with us by commenting below.