Learn about three more new communities that have been published as part of the World Topographic Basemap and one existing community that has been updated.

Jolly Saint Nick has come and gone, leaving us with some nice presents last month under the digital Christmas tree in the form of updates to the imagery and topographic basemaps that are hosted on ArcGIS Online. Christmas may be but a distant memory, but the busy elves that make up the Community Maps Production team are still hard at work and they’ve put together a few more updates to the topographic basemap. These include three new communities and an update.

Grande Prairie, AB has made its data available for all to use via their open data site. We have taken their data and processed it to produce a more detailed and accurate map. See the image below for the improvements. 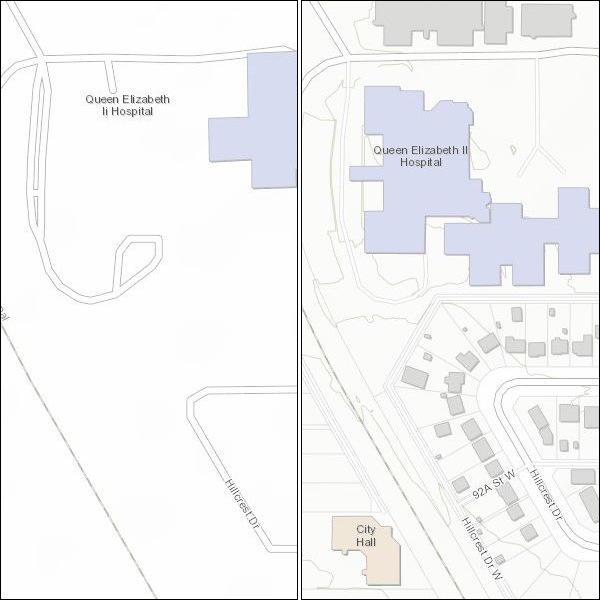 Out with the old (left), in with the new (right): municipal open data makes for an improved map.

We originally grabbed the data for Chestermere, AB from the data they had posted on the Calgary Region Open Data site, but they have since become active participants in the Community Maps Program and provided us with additional data not available through their open data channels. As you can see, their contributions have greatly improved the map as evidenced in the images below. 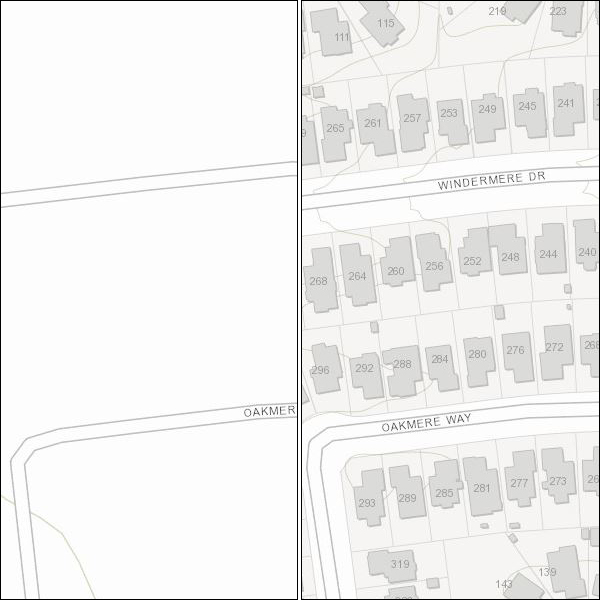 Completing the picture: municipal open data adds significant content to the new map (on the right) compared to the old (on the left). 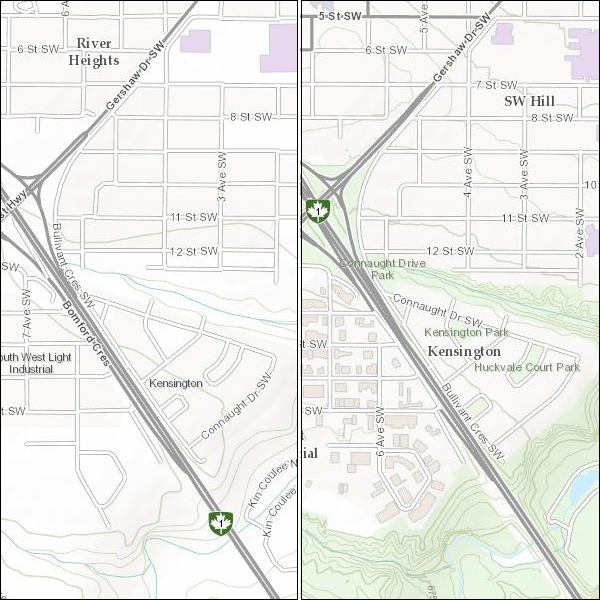 Finally, Fredericton, NB, a longtime participant of the Community Maps Program, provided an update to their content. Although the differences are not nearly as dramatic as the above three contributors, there have been some discernablechanges in their map. An improved vegetation layer and an updated roads layer are probably the two most notable changes. Much of the data they provided is also available on their open data site. 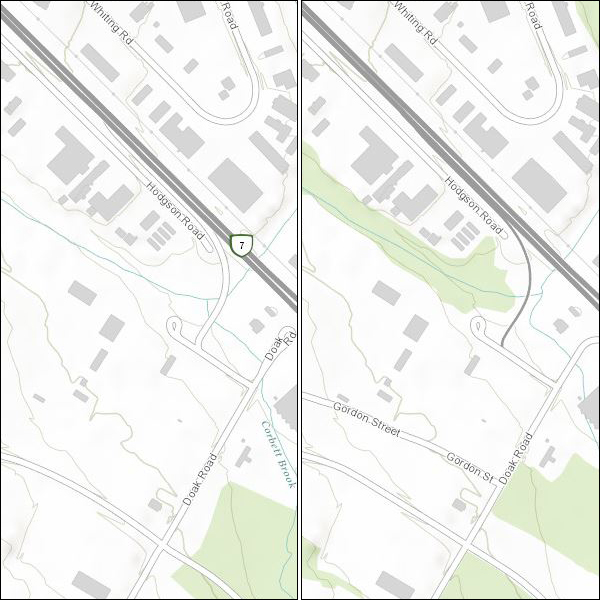