The new year begins with topographic and imagery basemap updates for 19 communities across the country. Find out which ones. 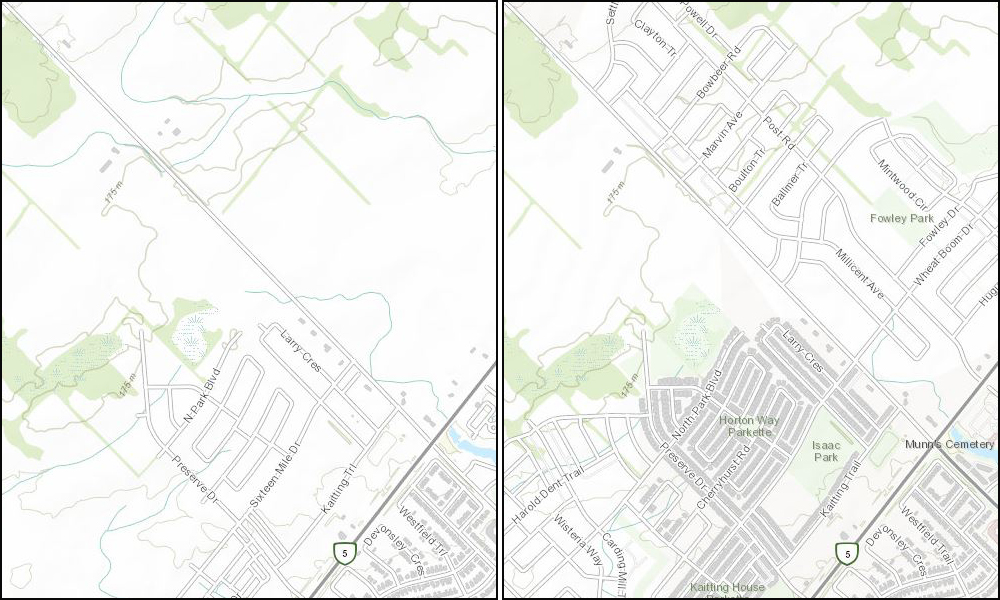 The updated topographic basemap (right) for Oakville, ON compared to the old basemap (left). New roads and buildings are now reflected on the map.

Changes to the imagery basemap include updates for the following seven communities: 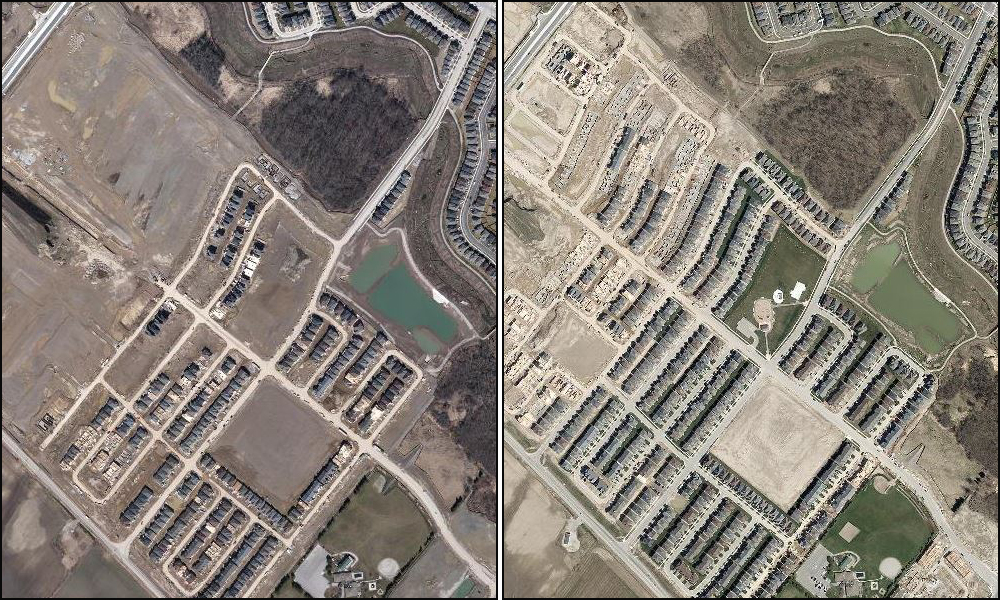 Changes to the vector basemaps include updates for the following contributors: