With record-breaking wildfires raging on the west coast, hurricane after hurricane slamming the Gulf Coast, rising global sea levels and declining Arctic sea ice – there’s no denying that Earth’s climate is changing. October’s App of the Month – Northern Peatlands in Canada – brings much-needed education on a secret weapon that can help us protect biodiversity and fight against climate change.

When you first hear the word “peatland”, what crosses your mind?

For me, I think of an endless squishy surface where I probably will see a lot of different wildlife. However, did you know that peatlands are more than just important habitat for species? They are natural systems that can store more carbon than a rainforest.

Around 12% of Canada’s total land area are peatlands, with many located in traditional lands of Indigenous Peoples. This means Canada contains some of the world’s largest peatland carbon stores!

The mission of Wildlife Conservation Society of Canada (WCS Canada) is to save wildlife and wild places in Canada through science, conservation action and inspiring people to value nature. In support of their mission, they published a story using ArcGIS StoryMaps to educate the public on Northern Peatlands in Canada. This story map is used not only to emphasize the importance of the northern peatlands, but also to highlight the cultural values of Indigenous Peoples across Canada. Their story about a natural climate solution and bringing together communities to battle climate change delivers a timely and uplifting message. 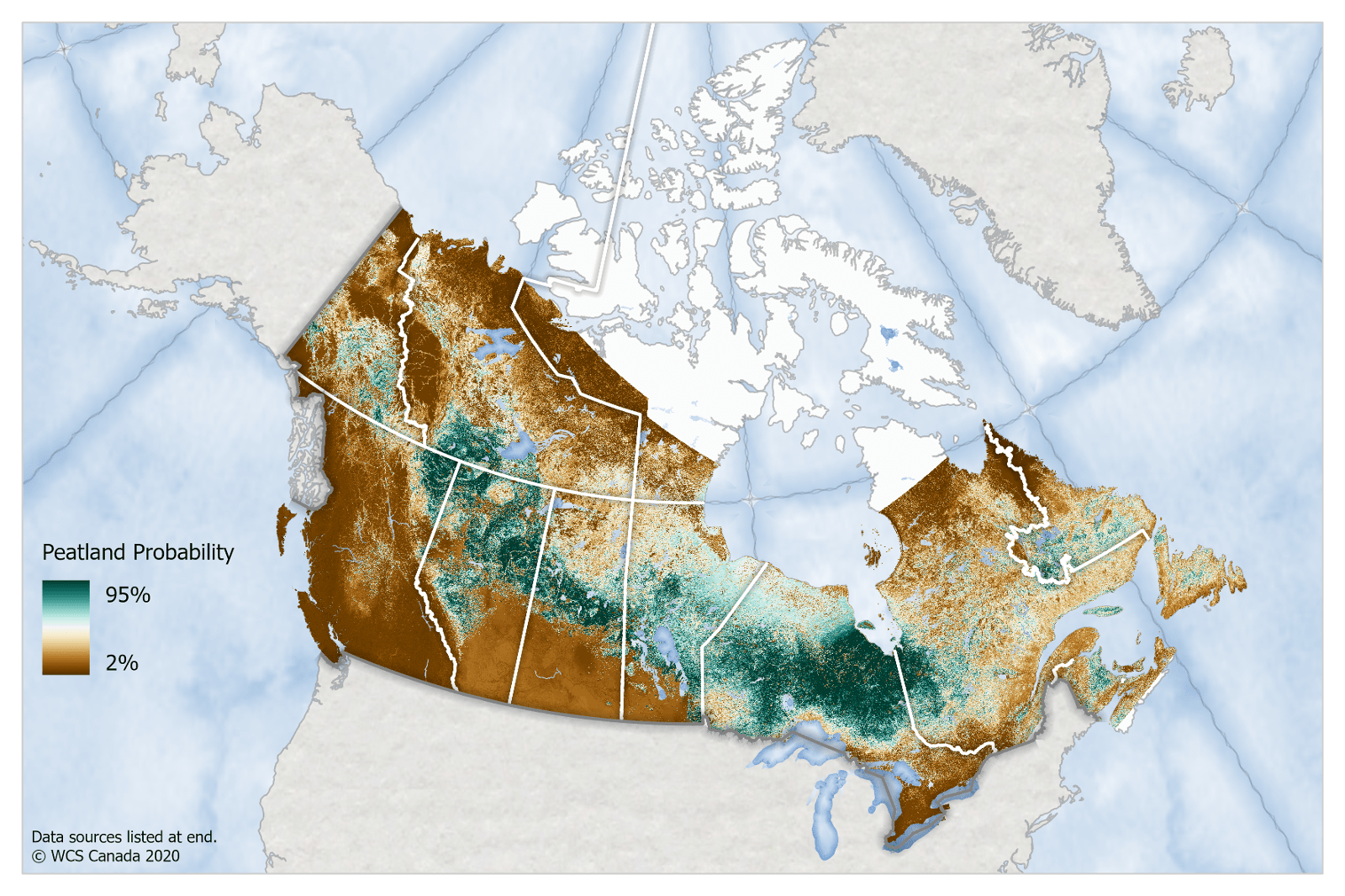 The story on Northern Peatlands in Canada and the importance of preserving them is told through compelling photos, beautiful maps and an informative narrative bundled together. With StoryMaps’ immersive story block, the different media and content components are organized and put together to tell an engaging story. It leverages the side car immersive layout, which allows for powerful visualization of a change in a map or a motion in a picture.

On their choice of Esri’s storytelling application, Meg Southee, GIS analyst and spatial data manager at WCS Canada, says, “We used the new ArcGIS StoryMaps to create a simple, yet visually compelling story about Canada’s peatlands. I wanted to use this interface because it provides a clean design and new options from previous templates.”

Meg and her team first created a storyboard to outline the narrative. They then discussed the maps, images and infographics to pair with the text. This is a key step to any story map you build, and I can’t stress enough how important this is.

Planning your storyboard makes it easier to find pictures, videos or maps to go with your story. After your storyboard and content are all organized, it is just a matter of plugging them into the story map template.

“It is really important to create a framework early on in the process to ensure you create a quality product that reflects your vision,” continues Meg.

For more tips, read the blog post: Planning and outlining your story map: How to set yourself up for success

The story map has led to increased awareness of the importance of peatlands as a natural climate solution. Since it was published in August 2019, the story has received nearly 8,000 views. It has also led to new burgeoning relationships for WCS Canada with Indigenous communities who are interested in protecting their homelands.

ArcGIS StoryMaps is an effective storytelling tool to communicate the importance of your cause. Learn about the new theme builder and the latest updates in ArcGIS StoryMaps and start telling your story!