GIS Day was officially celebrated around the world on November 14. Explore some of the K-12 events that occurred in Canada and find out how GIS Ambassadors, professionals, teachers and students celebrated the day of maps.

Annually, GIS Day is held on the Wednesday of Geography Awareness Week. This year, it was officially celebrated on November 14. In planned events and class sessions, GIS Ambassadors, professionals and educators shared their passion for maps and the importance of geographic information systems (GIS) with students.

GIS Day is an opportunity for students to learn about the power of GIS, as it is a tool used to help us find solutions for issues such as traffic congestion, public safety, disaster management and much more! Across Canada, students made maps, analyzed data, explored story maps and learned about the application of GIS in different industries and possible careers paths.

Let’s explore some of the exciting GIS Day events that occurred starting from the East Coast of the country.

GIS Day was combined with Take our Kids to Work Day this year. GIS Ambassador Julie McKay from Service New Brunswick taught a group of grade nine students about GeoNB, open data, story maps and ArcGIS Online. Each student contributed to a collaborative map of their community. They explored the different basemaps, the Living Atlas and had a “find the geographic feature” game. 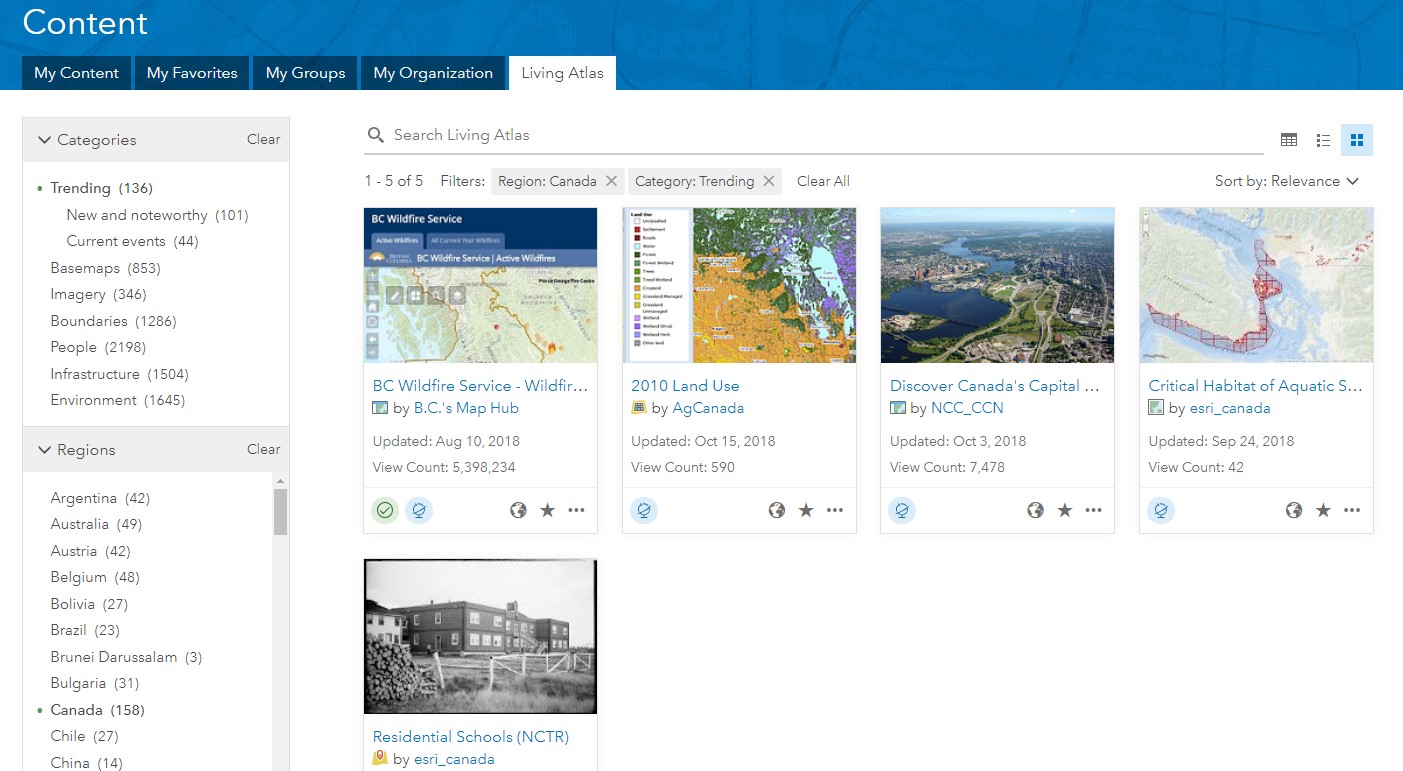 GIS Ambassador Julie McKay from Service New Brunswick presented many resources to the group of grade nine students, including how to access the Living Atlas data and maps in ArcGIS Online.

GIS Ambassador Frank King and his colleague Kirk Mills from Halifax Water hosted a GIS Day event at the Oxford School. The grades five and six classes had 1-hour sessions in a computer lab exploring some web mapping applications. These included Halifax's ExploreHRM for some basic navigation and browsing municipal services, a Landsat on AWS satellite imagery application browsing a variety of countries around the world using remote sensing techniques and Halifax Water's Hydrant & Catchbasin app. The students enjoyed the day, and some may encourage their parents to shovel out a hydrant this winter!

GIS Ambassador Laura Kranenburg from the Town of Saugeen Shores helped to organize an event for grade 10 and 11 students at Saugeen District Secondary School to give them an introduction to the GIS technology and how communities use it to increase efficiencies in work flows. Students learned about solving problems with GIS with a focus on mobile GIS, apps and story maps.

The event was hosted by the Town of Saugeen Shores in collaboration with Bruce County and municipal GIS professionals across the county with hopes that it will become an annual workshop.

GIS Day hosted at the Town of Saugeen Shores for students from Saugeen District Secondary School in Port Elgin.

Trish Law, a GIS professional, worked with her Pathfinders and Rangers Girl Guides in Fort Frances, Ontario. This year, they discussed different types of maps, worked on a simple terrain mapping exercise and zoomed around a digital town on mobile apps. The girls loved exploring the Esri Map Books that they received after registering their event on GISDay.com.

GIS Ambassador Susan Witherly from Ducks Unlimited Canada volunteers with the Spence Neighbourhood Association. Her students learned about how GIS routing technology and maps can help the pizza delivery driver. They looked through Esri Map Books to see many different types of maps, and they used a reference map to add cities, territories and provinces to a large wall map of Canada.

GIS Ambassador Madoka Otani from Information Services Corp worked with grade three and four students. They talked about what to do if they don’t have maps, smart phones or a compass in the wild.

Students came up with the idea of looking up to the moon, the sun and the north star, and they talked about using a legend to show what symbols are representing what features on the ground. During the visit, they created their own maps by tracing an aerial image around their school. They had a good time creating their maps, and some students were very excited about finding their houses on the map. This was Madoka's third year at the school on GIS Day, and the teacher has been using this event as a way to introduce geography to her class. 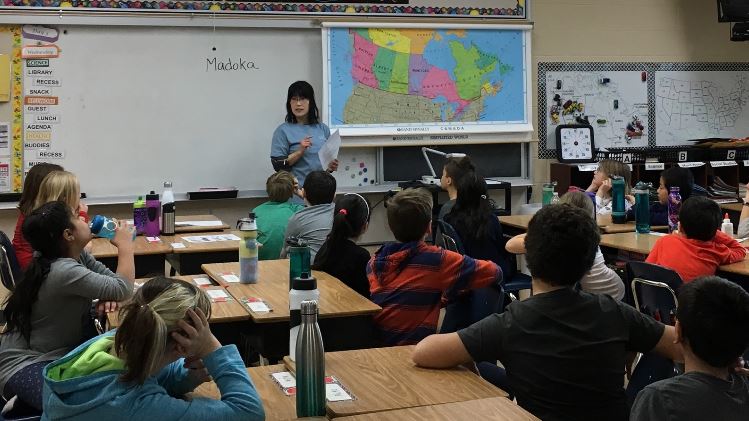 Grade four to seven students worked with GIS Ambassador Nihal Wijesekera from the Cariboo Regional District to explore the power of GIS by investigating story maps that showcase different types of maps and the uses of GIS.

GIS Ambassador Nathan Enge from Esri Canada presented to a group of grade five students about the importance of GIS, including how it is used every day to help people and businesses to make better decisions. Nathan shared several story maps with the class including: 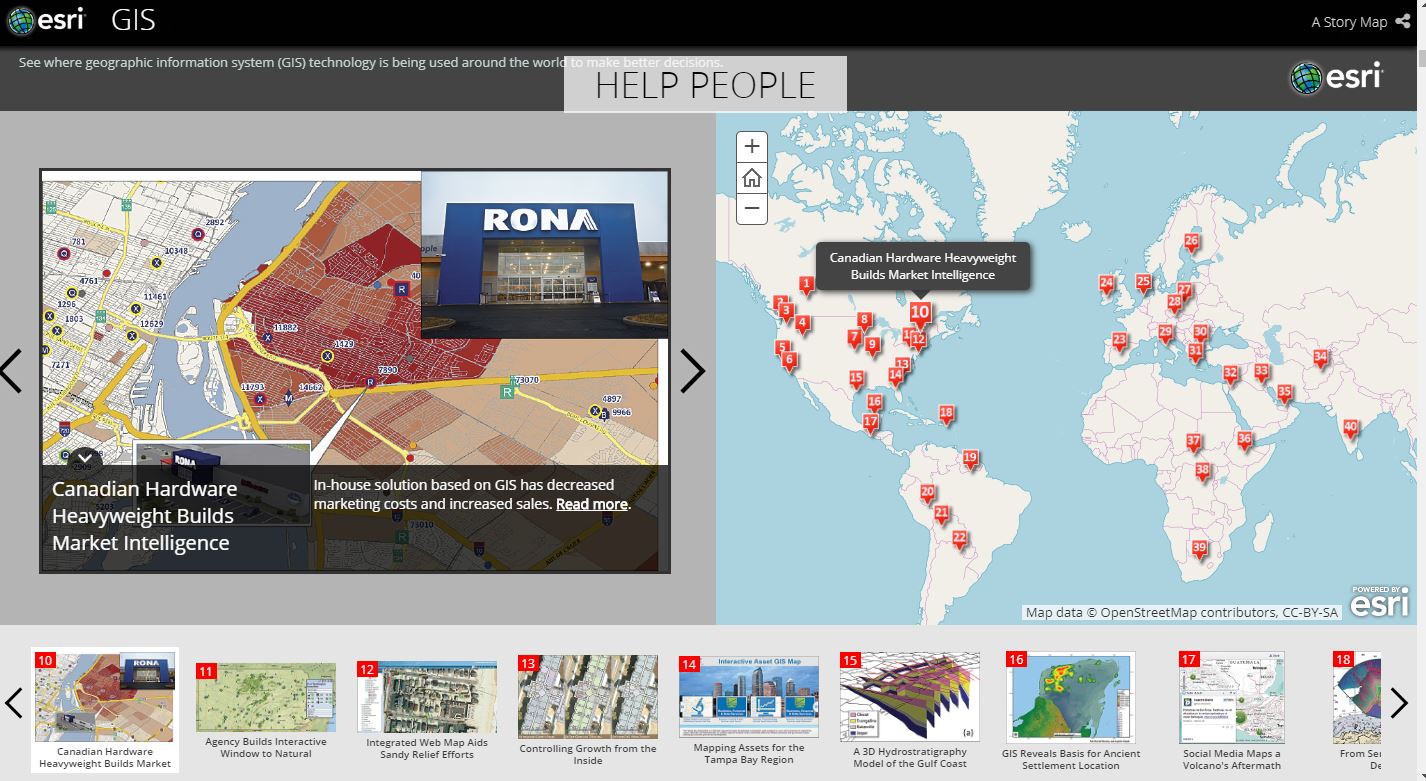 GIS Ambassador Nathan Enge from Esri Canada created a presentation and facilitated a GIS workshop with grade five students. The What is GIS? story map shown here is one of the resources he used during his visit. 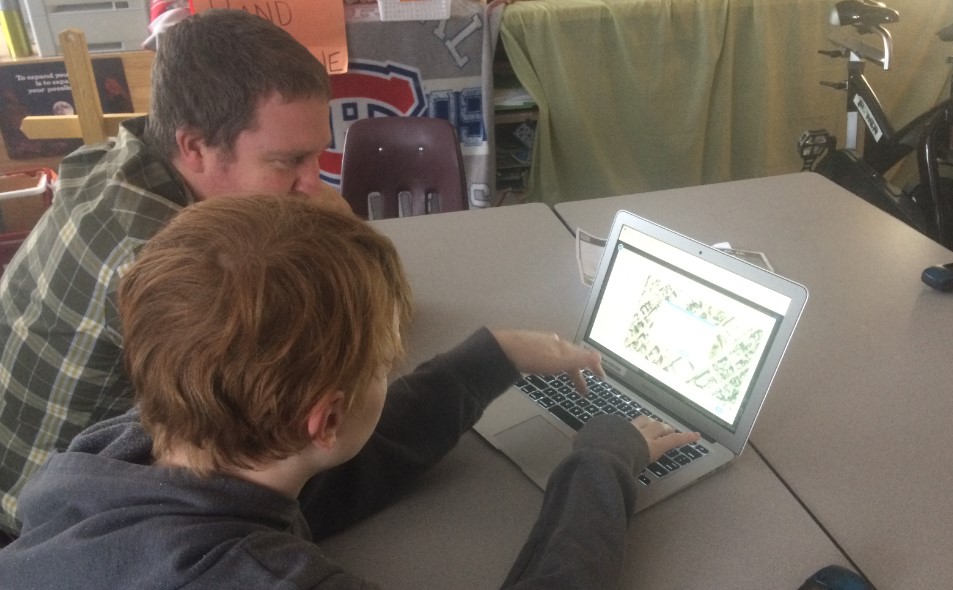 GIS Ambassador Hayleigh Conway, William Woodley and Nanar Hakobyan from the Northwest Territories Centre for Geomatics, Alice Wilson from Environment and Natural Resources, and Annika Trimble, Garfield Giff and Amir Zeb from the Aurora Research Institute presented at East Three Secondary School. The group worked with grades seven to nine classes and one grade 11 science class. They introduced the students to the concept of GIS and then allowed the students to explore different GIS applications at four separate stations. 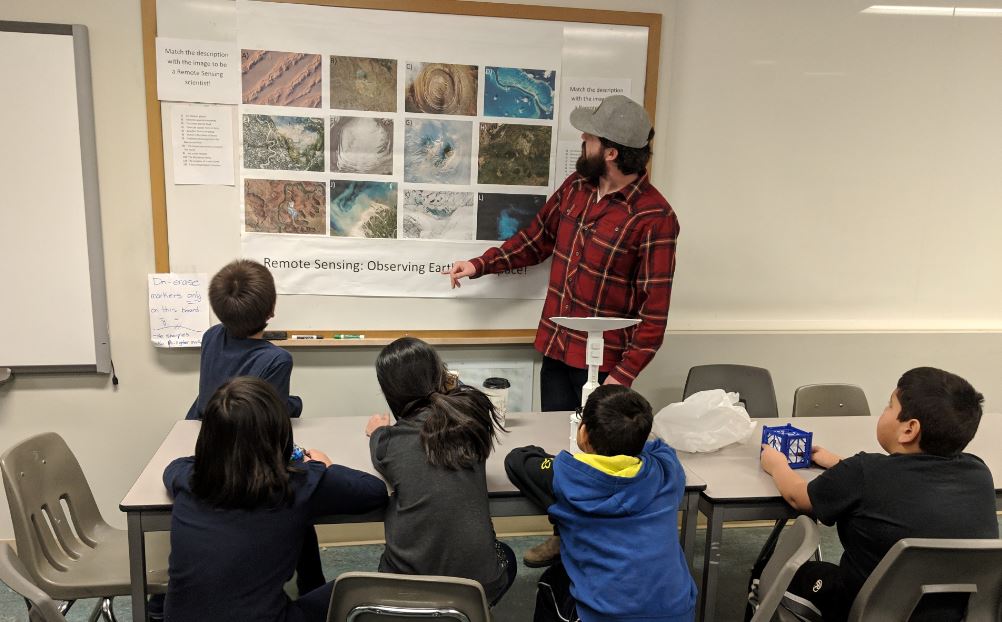 The group also presented to all the grade four to six classes at East Three Elementary School. They had similar stations, but they also had the opportunity to play on a giant Canadian Geographic floor map to learn about scale, legends and the different cities and towns in Canada. 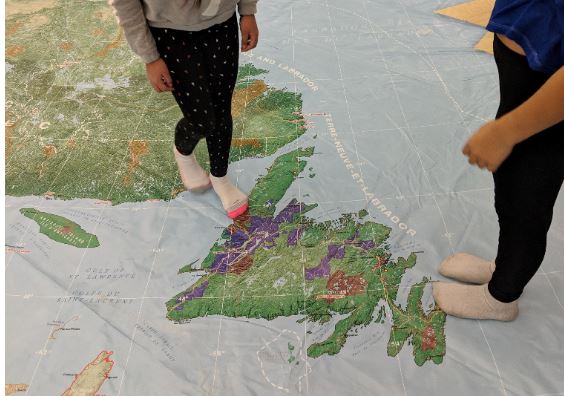 Thank you to all the committed GIS Ambassadors who helped make 2018 another successful year in supporting the use of GIS in K-12 education!

Explore the GIS Day 2018: A Canadian Perspective story map and get involved in a GIS Day event next year!