In order to confirm that your Spatial Data Infrastructure is an SDI, does it need to have metadata search capability? In the early days of SDI, metadata catalogues were a major component, but modern SDIs can get by quite nicely without catalogue search functionality. Read this blog post on whether metadata search is an essential component of a modern SDI.

I recently attended an international project kickoff meeting related to the needs and requirements for spatial data for the Arctic regions of the globe. The topics at this meeting included: some background on the project history, some generic business requirements, data sources, possible technology solutions, required standards and governing policies. Finally, some potential use cases were presented and discussed.

During a discussion, someone mentioned that an application that only obtains data from several web services and does not require catalogue search functionality is not really a component of an SDI. I was quite taken back by this statement; it shows that the definition of what an SDI actually comprises is still not well understood, even by experts. These days, the requirement to perform a catalogue search is not essential to an SDI, and here’s why.

When the concept of a spatial data infrastructure (SDI) was conceived decades ago, there were no operational applications. Most of the initial work using SDIs was performed by geospatial practitioners, who were experts in spatial data processing and the interchange of spatial data. Back then, most of the work associated with doing a GIS project was related to getting and conditioning the data, with or without the help of an SDI. 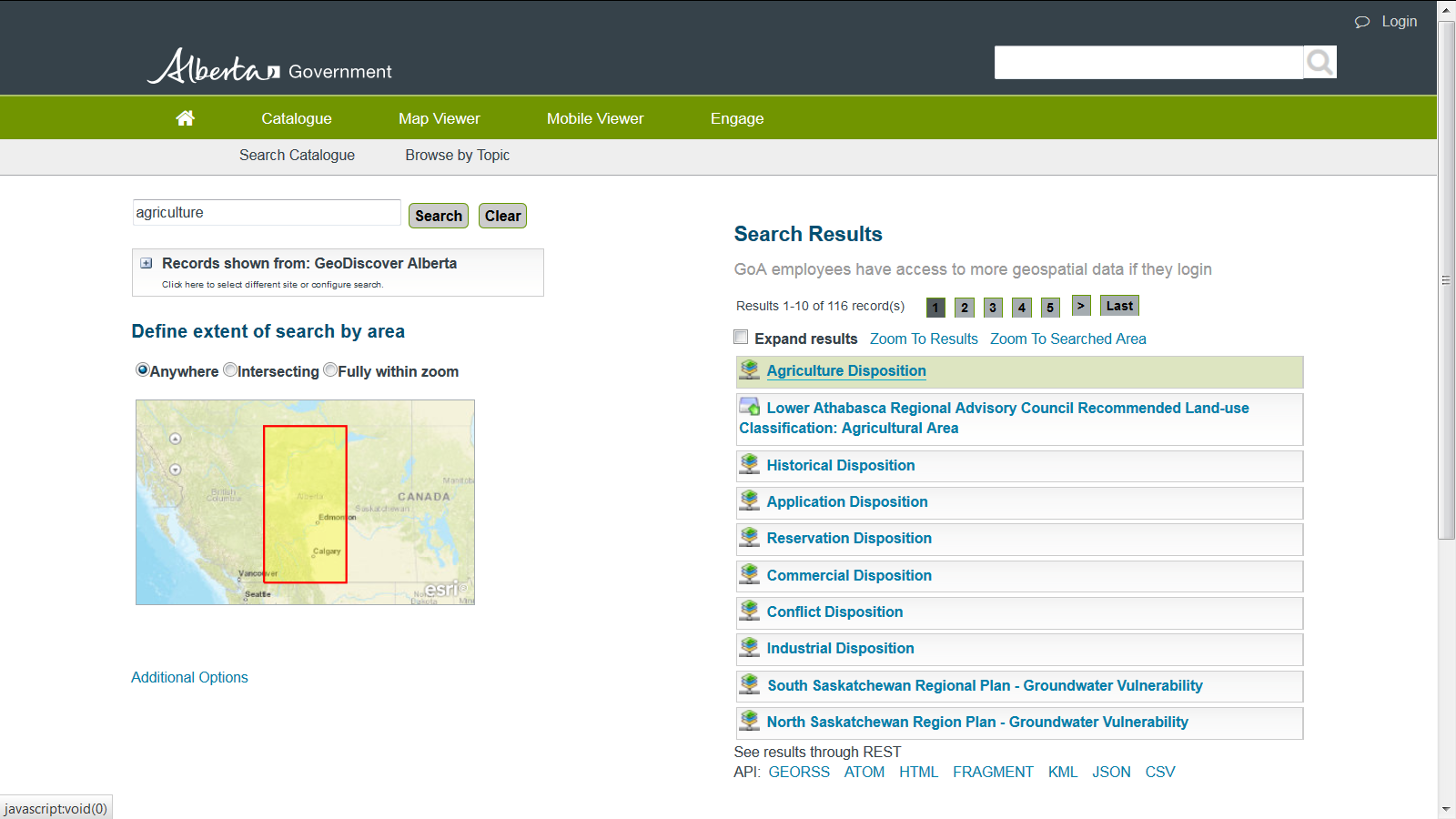 Example of a metadata search at GeoDiscover Alberta, a website that was built using Esri Geoportal Server technology. The site enables discovery and use of geospatial resources including datasets, rasters and web services.

Catalogue searches and geospatial metadata standards became important to allow users to find spatial data on the web. Metadata search capability became part and parcel of SDIs and this functionality is still a requirement today and will remain so in the future, as users need some form of catalogue search to find appropriate data for their application.

However, there is a growing class of SDI applications that are well enough defined that the location, format and specifics of the required data are already well known and this complexity can be hidden from the user. These applications are more commonly known today as web GIS, which is a pattern for delivering GIS capabilities to users.

An example of a web GIS application is a weather forecast map. Users don’t need to search, locate and display the data, they simply need to start the app. The app finds the user’s physical location and is programmed to get the appropriate weather forecast data and display it for viewing. Weather map apps are programmed this way for speed. A few clicks and the user gets the necessary information. These types of apps are targeted at users from novice to expert. 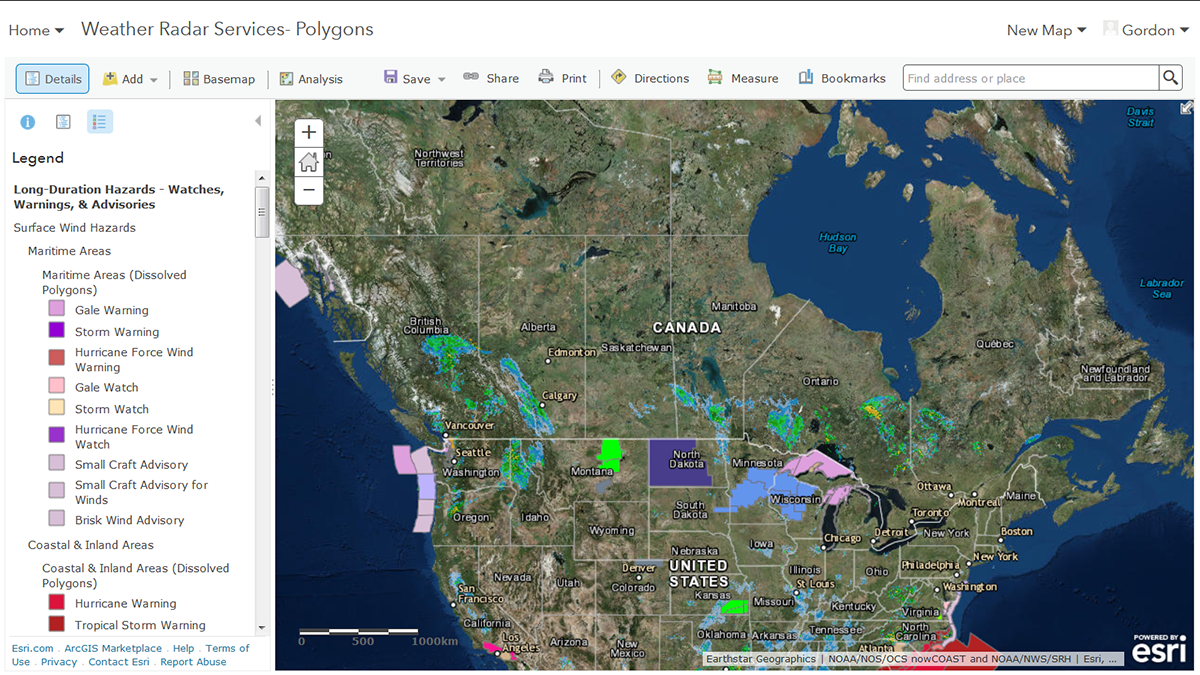 A second similar class of SDI applications is aimed not necessarily at speed of use, but is programmed for use by users with limited computer knowledge. An example of this type of web GIS app is one aimed at use by children. A child who may be comfortable using a computer is simply not going to be doing metadata searches.

A third class of SDI applications are the ones aimed at experts in a particular industry sector such as real estate, agriculture or public health. However, these experts are not experts in GIS or computer mapping. Once again, these users need information and answers to questions, but they’re simply not going to be doing metadata searches and data downloads.

These users may not know it, but all these applications are getting map data from a number of web services spread out across the Internet. These services are part of an SDI which adheres to standards and policies for their particular SDI, or possibly just adhering to best practices of the day.

I’m not saying that metadata catalogues are not necessary in an SDI, as they do have a certain clientele that need this capability. I’m saying that web GIS applications can be an integral part of an SDI which doesn’t have metadata or metadata search capabilities.

So, during the discussion at the Arctic Spatial Data Kickoff meeting, was the person who said that metadata searches were essential to defining an SDI application wrong? I believe they were; SDI functionality and useage is much broader than just metadata.