Learn about September’s App of the Month, get insights into the advantages of vector tiles and find out more about the future of connecting utilities and telecommunications in this month's News Roundup.

If you were stargazing this summer, you may have seen satellites moving across the sky and wondered what information they sent and received. One of those satellites, the European Space Agency’s SMOS satellite (short for Soil Moisture Ocean Salinity), uses ArcGIS Online to display soil moisture data. Discover how this app helps scientists, government agencies and other organizations better understand soil conditions and water cycle patterns and how it enhances emergency preparedness for events such as floods and droughts.

Planning with LiDAR: How the New Brunswick Department of Natural Resources is Changing Forest Management

Several years ago, Fire Chief John Kobarda of the London Fire Department in Ontario reasoned that a fire department is really no different than a private company. Marketers in the private sector have been tapping into the value of demographic data and location-based analysis for years. By gathering information such as what people buy, what they like to do, where they live and how much they earn, marketers can deliver deep insights to companies eager to better understand their markets. This inspired the London Fire Department to put the concept into practice, combining demographic data, powerful analytical tools and GIS technology to drive decision-making in several areas.

Why use vector tiles for your next web map?

Esri recently released a Beta version of vector map tile technology as an alternative to the conventional raster tile cache technology that we’ve come to both love and hate over the years. With billions of web maps having been made from raster map caches, what are the advantages of switching to a vector map tile cache? Find out what a vector tile is and why they’re an improvement to the traditional raster tile system.

Connecting the Future of Utilities and Telecommunications

In this blog post, Brian Bell, utilities & telecommunications industry manager for Esri Canada, notes how the needs of customers in these industries have increasingly become common in recent years. As such, it makes sense to address these challenges using GIS solutions, best practices, as well as events that cross both industries. An example is Esri GeoConX, which integrates the best elements of the Electric & Gas User Group (EGUG) and Telecommunications User Group (TelUG) meetings. 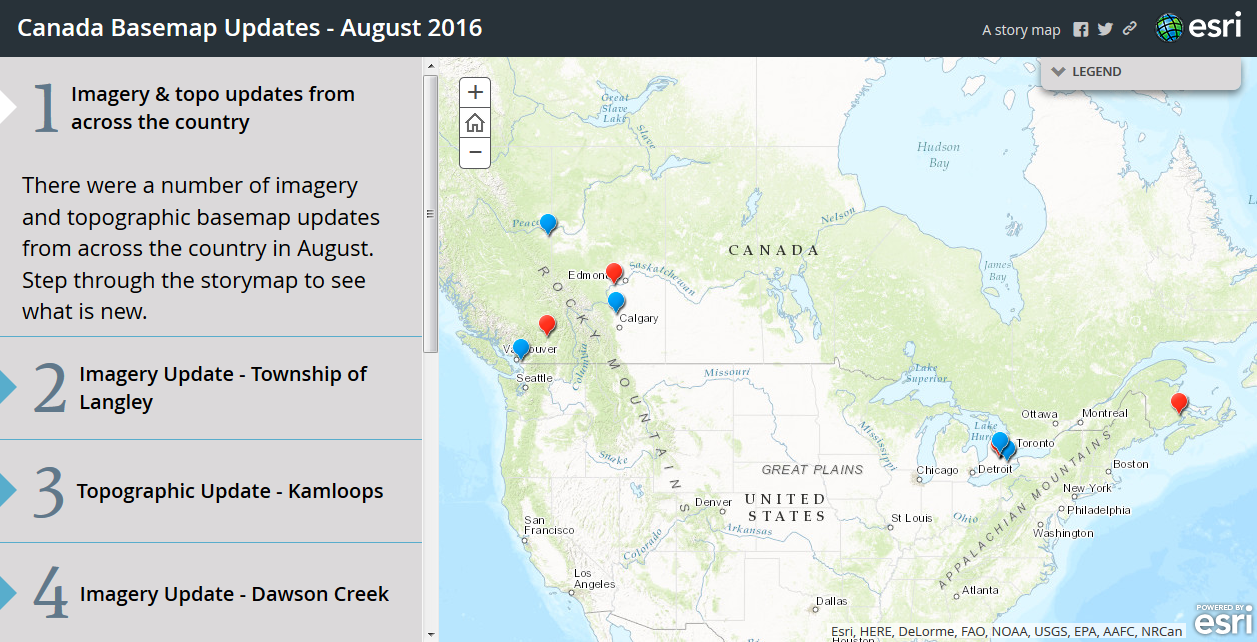 There were a number of imagery and topographic basemap updates from across the country in August. Step through the story map to see what’s new. Imagery updates were made to Township of Langley, Dawson Creek, Mountain View and Haldimand County. Topographic updates were made to Kamloops, Parkland County, Kitchener/Waterloo Area and Moncton.

Maricopa and Maui Counties Win Awards for Use of Assessment Analyst
August 26, 2016

The United Nation Foundation’s Nothing But Nets Campaign Partners with Esri to Combat Malaria
September 9, 2016 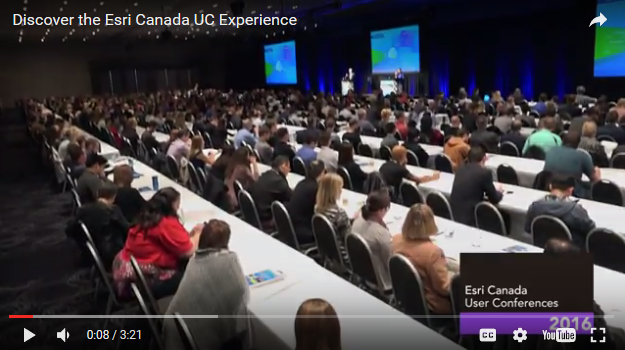 As some of Canada's most important annual events for the GIS community, these User Conferences provide an opportunity to discover exciting new developments about Esri's GIS solutions and network with your peers. Be sure to attend in a city near you to learn how you can get the most out of your technology investments.