What new online tools make it easier to access BC data? How can you get involved with GeoAlliance Canada? Find out in this month’s collection of the latest and most significant SDI news, data, products and events.

Here’s a look at what’s happening in Canada and globally in the world of Spatial Data Infrastructure (SDI). This September 2015 post is a collection of the latest and most significant SDI news, data, products and events.

Three things you should know about GeoAlliance Canada

GeoAlliance Canada is a new umbrella organization that will provide leadership to fuse together the energy and resources of existing geospatial business, non-profit, education and government organizations. This article answers three important questions: What is GeoAlliance Canada? Who will benefit? How can we get involved?

Online tools make it easier to access BC data, maps 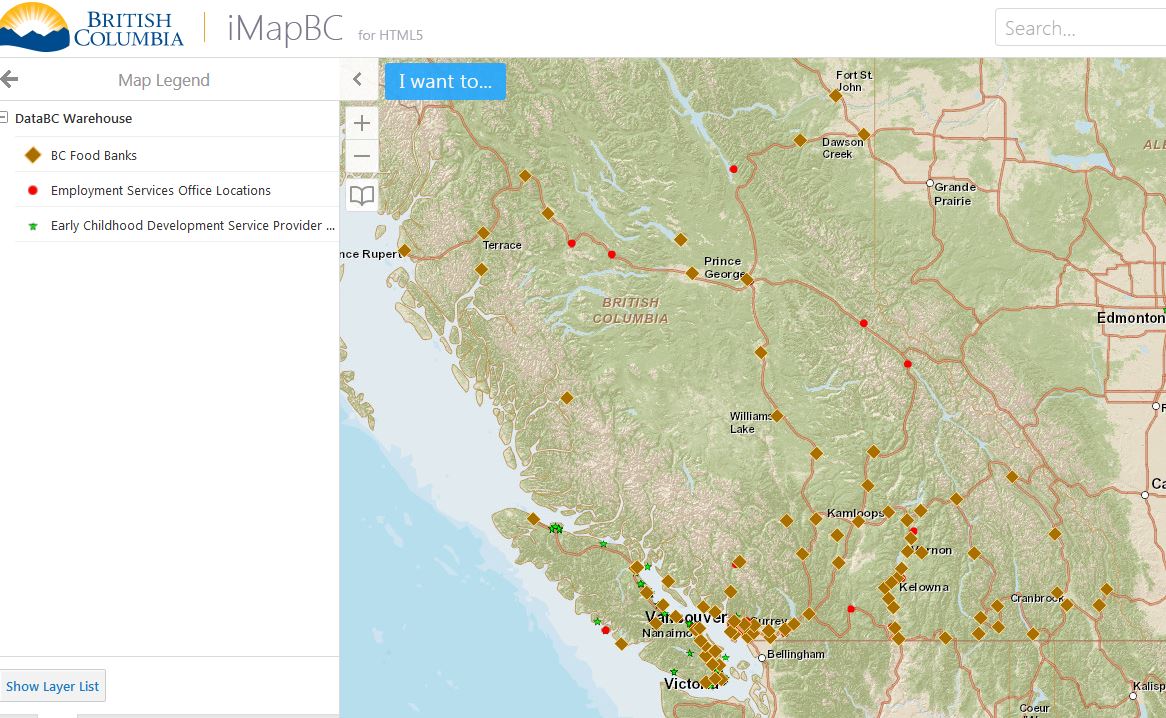 It’s now easier to access provincial information thanks to the iMapBC 4 Mobile application that helps British Columbians create customizable maps on tablets, phones and laptops. As well, the BC Physical Address Geocoder Web service makes it easy to locate and standardize BC civic addresses within Web pages and applications.

Montréal-based WSP Global is buying one of Canada’s largest privately-owned engineering consulting companies MMM Group for $425 million. With MMM Group’s 2,000 Canadian employees, WSP will have 8,500 employees in Canada, including 3,200 in Ontario, and about $1B in Canadian revenues. The transaction will boost its presence in Greater Toronto, where it sees opportunities to make money due to aging infrastructure and population growth.

Given the new Geomatics Act, the Spatial Planning and Land Use Management Act, and the Spatial Data Infrastructure Act, the development of the South African Geomatics industry will require concerted efforts in the nation’s strategic infrastructure planning initiatives. Society around the world is moving from an energy- and resource-driven economy to an information-driven economy, so why then are geomatics professions not at the forefront of that information economy?

Report: Unlocking the potential of the Internet of Things

A new McKinsey Global Institute report, “The Internet of Things: Mapping the value beyond the hype”, attempts to determine exactly how IoT technology can create real economic value. The report’s central finding is that the hype may actually understate the full potential—but that capturing the potential will require an understanding of where real value can be created and a successful effort to address a set of systems issues, including interoperability.

Environics Analytics has released WealthScapes 2015, the most comprehensive database available on the assets, liabilities and wealth of Canadians. It has been expanded this year to include 178 key financial and investment statistics, including new categories of data such as employer pension plans, tax-free savings accounts (TFSAs) and registered retirement savings plan (RRSP) contributions.

The U.S. National Geospatial-Intelligence Agency (NGA) has made its unclassified geospatial intelligence on the Arctic publicly available via a new Web site to support international efforts relevant to the region. It provides 3D Digital Elevation Models of the Arctic based on satellite images. The Web site, which uses Esri’s ArcGIS platform and is hosted in the cloud by Amazon Web Services, also contains nautical charts, shape files, infographics and a multi-layered Pan-Arctic map.

The inexorable rush of technology affects all organizations and national mapping agencies (NMAs) at times feel overwhelmed by this rush. As the demand for geospatial content went up significantly, NMAs had to quickly change strategies to stay relevant. There was a greater rush for accurate maps, regulations on what is being mapped by private players and how, and more user-friendly applications. NMAs have no choice, but to adopt and adapt to technology in their fields of work.

Improving understanding of the everyday relevance of geographic information

The geomatics sector provides geographic information-based products and services, leveraged by the broader geospatial user community to enable decision-making and policy planning. The term ‘geomatics’ first appeared in France during the 1970s but did not have much significance until it appeared again in Québec, Canada in 1981. It served as a broad term that encompassed all geographic-related methods and tools.

Data on demand: the cloud and the future of geospatial data

Most content providers are transitioning from making data available on hard drives to constantly updated Web services. The word “cloud” means many things; but for the most part, users rent their processing and storage and back up their data for ubiquitous access in an environment that has established network, data and information security protocols and tools in place. The new model gaining popularity in the geospatial world is Data as a Service (DaaS).

With unmanned aircraft changing the dynamics of warfare, it is no surprise that unmanned aerial vehicle (UAV) technology is changing peacekeeping as well. The United Nations has used UAVs to monitor remote regions that UN peacekeeping troops can’t reach. Walter Dorn, who teaches at the Canadian Forces College and the Royal Military College of Canada, was appointed to a UN panel examining the use of technology in peacekeeping, including using GIS to integrate UAV imagery.

ArcGIS Online is a cloud-based solution that connects maps, apps, data and people so users can make smarter, faster decisions. It gives everyone in an organization the ability to discover, use, make and share maps from any device, anywhere, anytime. The Cloud Security Alliance (CSA) self-assessment report for ArcGIS Online is now available and it documents compliance to CSA-published best practices.

Esri’s Andrew Turner shares how ArcGIS Open Data – a new capability of ArcGIS – was launched with the explicit goal of making it easy and efficient for government to make authoritative data discoverable and accessible. Included for any organization to use without additional cost, Esri’s hope was that by removing the technical and acquisition barriers to open data initiatives, users could focus as a community on appropriate experiences and capabilities that deliver meaningful impact.

Australian local governments have used GIS for many years, but the advent of more user-friendly, Web-based tools is finally helping overcome lingering cultural attitudes that have limited the use of GIS in many city councils. For example, Tasmania’s Hobart City Council, has increased the use of interactive interfaces that have simplified the delivery of contextual information from the council’s core ArcGIS to council workers via smartphones, tablets and other devices.

The UAV-g 2015 International Conference of Unmanned Aerial Vehicles in Geomatics themed 'Small Unmanned Aerial Systems: A Disruptive Technology for Geomatics' was recently held at York University in Toronto. It was the third event in the UAV-g Conference series and the first in North America. About 260 attendees from 34 countries attended the event hosted by the Lassonde School of Engineering with the support of the Canadian Institute of Geomatics and the ISPRS.

The U.S. National Geodetic Survey (NGS) plans to replace the North American Datum of 1983 (NAD 83) and the North American Vertical Datum of 1988 (NAVD 88) with new datums in 2022. To educate stakeholders about these changes, the Geospatial Summit on Improving the National Spatial Reference System was held in April 2015. NGS has released a report that summarizes presentations and discussions from the Summit.

Proceedings from the SDI-Open 2015 pre-conference workshop on spatial data infrastructures, standards and geospatial open data held at the Brazilian Institute of Geography and Statistics (IBGE) are now available. Issues around the discovery, access, exchange and sharing of geographic information and services among stakeholders in the spatial data community and facilitated through an SDI were discussed. Standards are key to developing quality, interoperable geographic information and software.

The Research Data Alliance (RDA) is working on building the social and technical bridges to facilitate data sharing and re-use. Bridges must also be built across disciplines as research questions can only be answered if data and knowledge from various disciplines are included. RDA will engage with all European stakeholders, communities and organizations alike, through events, papers, interviews, etc. at the RDA Europe event which will further support community work.