Which maps and apps made it to the 2017 Esri Canada Calendar & Apps of the Month? How does CityEngine speed up video game creation? How does ArcGIS support accessibility? Find out these and  more in the December News Roundup.

In celebration of Canada’s sesquicentennial in 2017, we invited select organizations from various industries across the country to submit their maps and apps for our Calendar and Apps of the Month. Find out which maps and apps made the cut.

We conclude this year’s App of the Month blog series with December’s App of the Month: Simcoe County Maps.  Learn how the County of Simcoe developed this app to replace their existing web app and provide users with a mobile-friendly, lightweight tool that is customized to their needs.

Other Ocean Interactive Speeds Up Video Game Development with GIS

Based in St. John’s, Newfoundland and Labrador, Other Ocean Interactive is a fast-growing company that is succeeding in the gaming industry’s newest frontier: virtual reality. Its latest video game, Giant Cop: Justice Above All, puts video gamers in the uniform of a police officer who patrols the virtual Micro City. Find out how CityEngine enabled Other Ocean Interactive to increase productivity on environment creation by 400%.

Accessibility Is Part of ArcGIS

This is the first part of a continuing blog series dedicated to ArcGIS accessibility. In the US, this accessibility falls under Section 508 requirements, and in Canada, the standard is based on Web Content Accessibility Guidelines (WCAG). Discover how to develop WCAG compliant apps with ArcGIS.

Knowledge Has Just Left the Building

While there’s no replacement for the collective human intelligence that manages our planet’s transportation systems, Linear Referencing Systems (LRS) provide a way to automate repetitive tasks that are required to efficiently maintain data about our road networks. Learn how LRS supports effective knowledge transfer.

One of the primary functions of a Web GIS application is the ability to find the location of something or to find a route from one place to another. Most of the time, the user of a geospatial application specifies the position of the location of interest via a civic address. With the development of new technology for emergency response, smart cars and new location reference systems, will a change be required in location addressing schemes in Canada?

CityEngine is a powerful tool for generating 3D content from the 2D GIS data you already have, but the effectiveness of the tool relies very much on the quality and depth of useful information provided by your data. 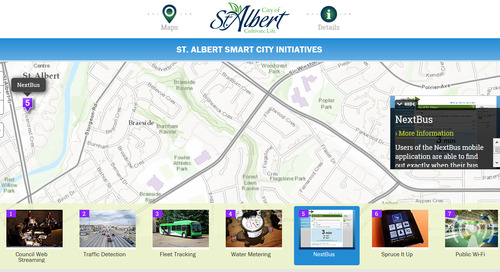 What is a smart community?

Read this blog to understand exactly what a smart community is and what it takes to become one. 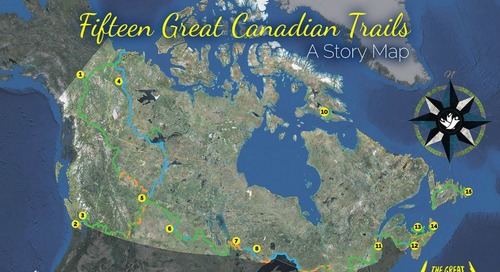 What’s happening in Canada and globally in the world of spatial data infrastructures (SDI)? See this Nov/De...