Esri continues to develop and provide more technology in support of 3D web content and visualization. While not quite mainstream yet, the use of 3D content over the web is growing by leaps and bounds. Check out this blog for a quick overview of ArcGIS technology that can be used for creating, serving and visualizing 3D content smoothly and efficiently over the web.

At a recent Esri Conference, among other things, I also got a chance to attend several sessions on web-enabled 3D visualization. Not only did these sessions impress me with their stunning 3D displays, but I was equally amazed to learn about 3D web's enhanced capabilities and performance. As you know, 3D visualization had been a dream of the GIS community for some time; however, adequate performance of 3D over the web was lacking until recently. This seems to be no longer the case.

Displaying geospatial data on the web involves a technology called 3D web scenes which are symbolized 3D geospatial content. Web scenes allow users to visualize and analyze geographic information in an intuitive and interactive 3D environment. Each scene is made up of 2D and 3D layers, a basemap and ground, which is the rolling terrain of elevation data that can be turned on and off.

Users can choose between two different scene viewing modes – global or local – to best display their data. A global scene is used when users wish to display their 2D and 3D content on a sphere based either on the Web Mercator (auxiliary sphere) or GCS WGS 84 world coordinate system. Local scenes are used to display data that has a spatial reference in a local projected coordinate system (PCS). Local scenes are also useful in situations where the user wants the terrain and layers to be shown as projected on a planar surface rather than on a sphere.

The other great thing is that 3D web scenes are supported in a number of ArcGIS products. ArcGIS Pro, for example, supports scenes that allow users to tilt, pan and zoom their 3D scene for visualizing spatial relationships in the content. Working in 3D provides visualizations that can highlight 3D influences such as undulations of the terrain and the 3D extent of features such as trees, buildings or subsurface geology.

Scene Viewer is an app built into ArcGIS Online for creating and interacting with 3D scenes. Scene Viewer works with desktop web browsers that support WebGL, a web technology standard built into most modern browsers for rendering 3D graphics. Users can also sign in to Scene Viewer and create 3D scenes on their own. This technology allows users to interact with 3D content without any additional software other than a WebGL-supporting browser.

Natural Resources Canada produced a 2D feature layer of the flood extents along the Gatineau River in Quebec (May 2017). The same flood feature layer is displayed as a 3D scene on the left in the scene viewer and on the right in ArcGIS Earth.

Another nice feature that broadens the reach of 3D scenes is the ability to incorporate 3D scenes in Story Maps. The user can view 3D story maps using Scene Viewer in a WebGL-supported desktop web browser but currently not on mobile devices.

3D map scenes are very useful for conveying both simple and complex concepts. Today, it is possible to view 3D content in your modern browser without any plugins or additional software. Creating 3D content is getting easier and publishing 3D maps and apps is becoming simpler.

Is it time now to start your next project using 3D web maps? Share your comments below. 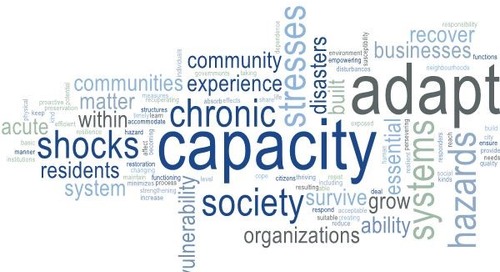 Towards Resiliency: Leveraging Esri in all phases of emergency management

Esri technology enables a better understanding of emergency situations as wells as time saving with real-ti... 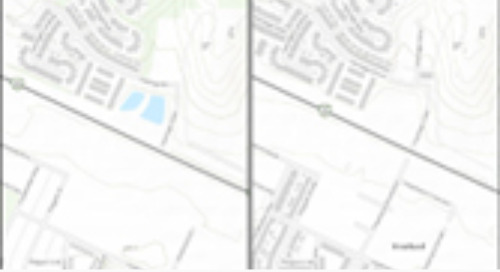 The imagery and vector tile basemaps were updated in March with more Canadian content.