Spatial data positional accuracy considerations are particularly important in Spatial Data Infrastructures (SDIs) as users have access to a disparate set of data layers that are of diverse vintages, have been collected differently and for purposes other than what they are being used for. When an SDI user brings assorted data layers together for viewing and analysis in a map, spatial discrepancies may be quite apparent between the layers and these discrepancies make the data difficult or impossible to use for analytics. In other words, it’s okay to be fussy about what data you provide in your SDI, making sure that the horizontal positional accuracy meets your SDI user’s criteria. Read this blog to find out more about positional accuracy.

Some time ago, when location determination by GPS was just becoming pervasive, I was working with a client who was interested in testing some new GPS equipment. He was primarily concerned with repeat positional accuracy. In other words, he wanted to get the latitude and longitude coordinates of a point, move to other waypoints and then go back to some of the initial locations to see if there was any drift in the position coordinates. To do some initial testing and for secondary visual verification, we decided to pick a few locations that were easy to drive to, and for which the coordinates could be determined easily. The best locations that we could think of were roadway and railway crossings.

The client provided me with GIS data for the roads and railroads, which I loaded into my GIS. The data and especially the road-rail crossings looked great on the screen, so we started to use the file for our GPS accuracy determination work. We headed out on the road and used the GPS equipment to get the lat/long coordinates of several road and railway track crossings. When we took the coordinates that we had collected back to the lab for further analysis, we were surprised to see that the collected GPS points seemed to be very different in terms of their location when compared with the road-rail crossing positions on the map. 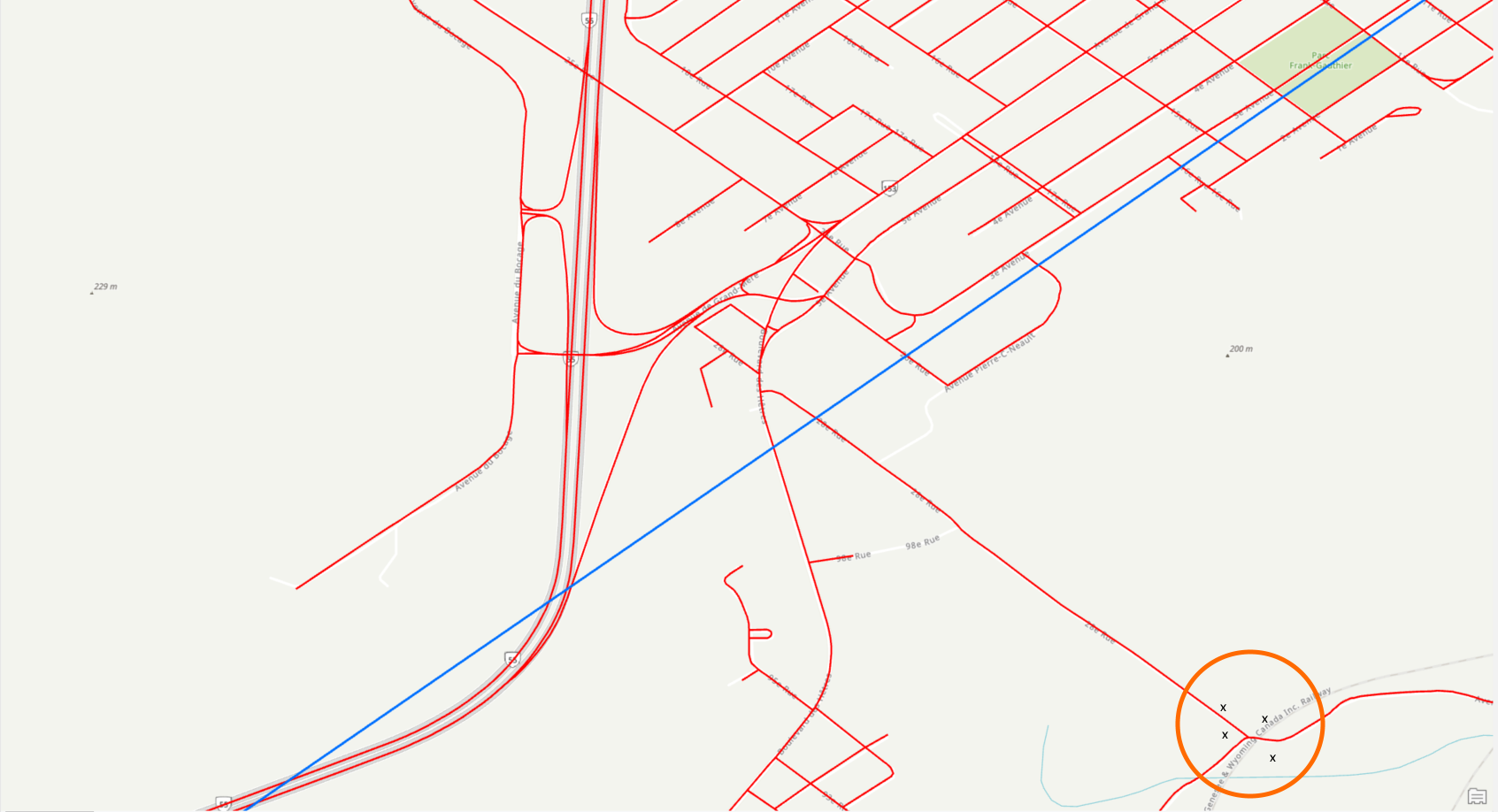 Map showing road features (in red) and the railway features (in blue). As a secondary accuracy check, the project measured the location of road and railway crossings using GPS. These points are shown within the brown circle for one of the crossings.

Because the points were so far off, we suspected that our GPS unit wasn’t functioning very well. So, we borrowed some other GPS units and headed out on the road again to collect the same point locations. When we loaded and plotted the newly collected set of GPS coordinates on the map, we noticed the same thing. The GPS coordinates were still not displaying very close to the road and railway crossings that we saw in the map data.

If the problem was not the GPS equipment, it had to be the GIS data. Unfortunately, the client had no metadata for the road and railway data files, so we were unable to check the provenance of the data. We started looking for all the usual suspects such as an incorrect datum, different map projections and other systematic errors. All came up negative. As far as we could tell, all our data was correctly specified, and our collection and mapping processes were correct.

Upon further analysis, we determined that most of the locations that we had collected fit well on the road map data but did not fit well on the railroad data. For us, this indicated a problem with the railway GIS data that we had received, so we started investigating that. All the railway data displayed on the map was correct, and it appeared to be an accurate portrayal of the railway tracks. The client then did some digging to see if he could determine the source of the railway data. Eventually, he got back to us and indicated that the railway layer came from the National Atlas of Canada and the road layer came from a National Topographic map. 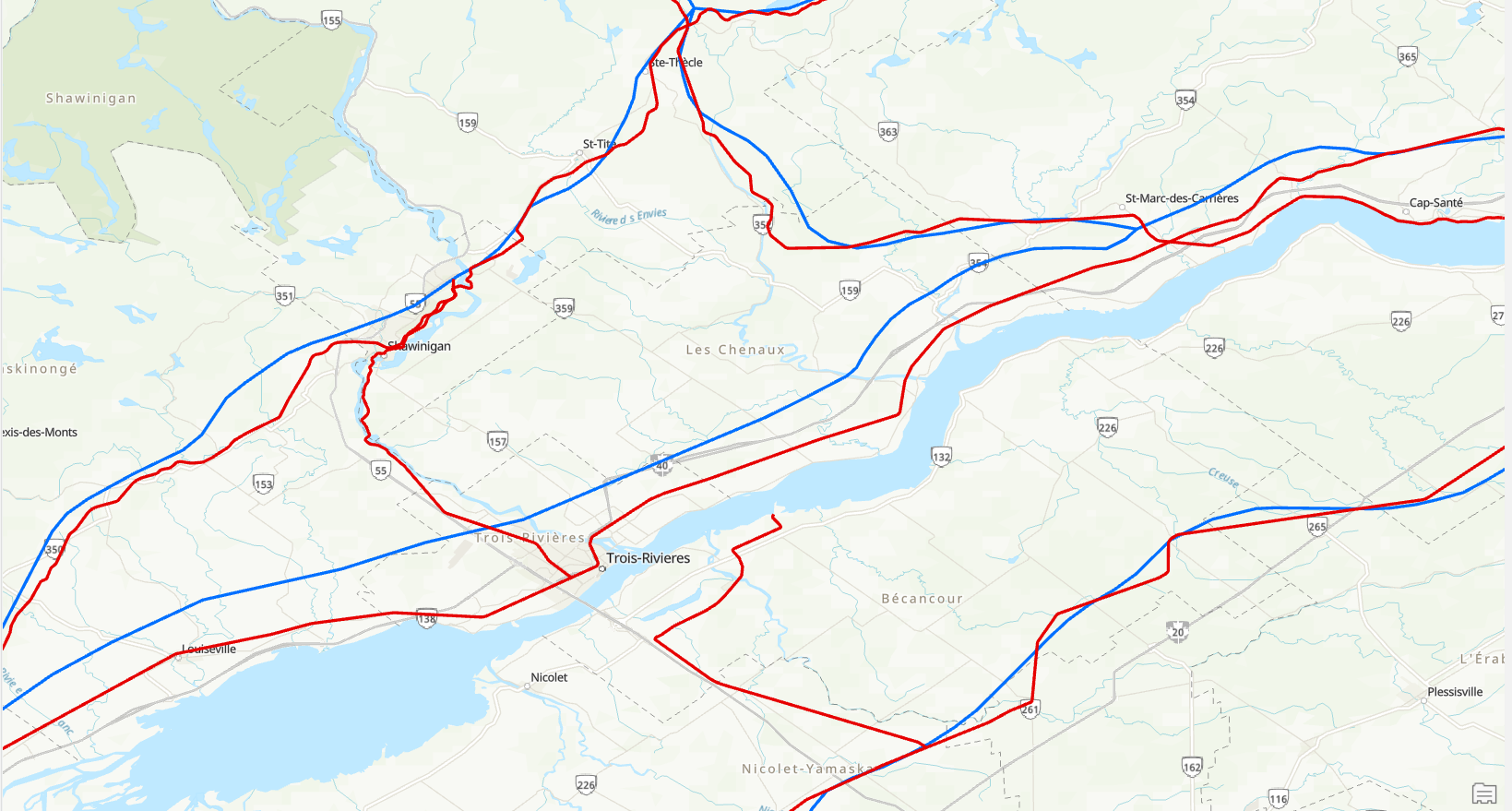 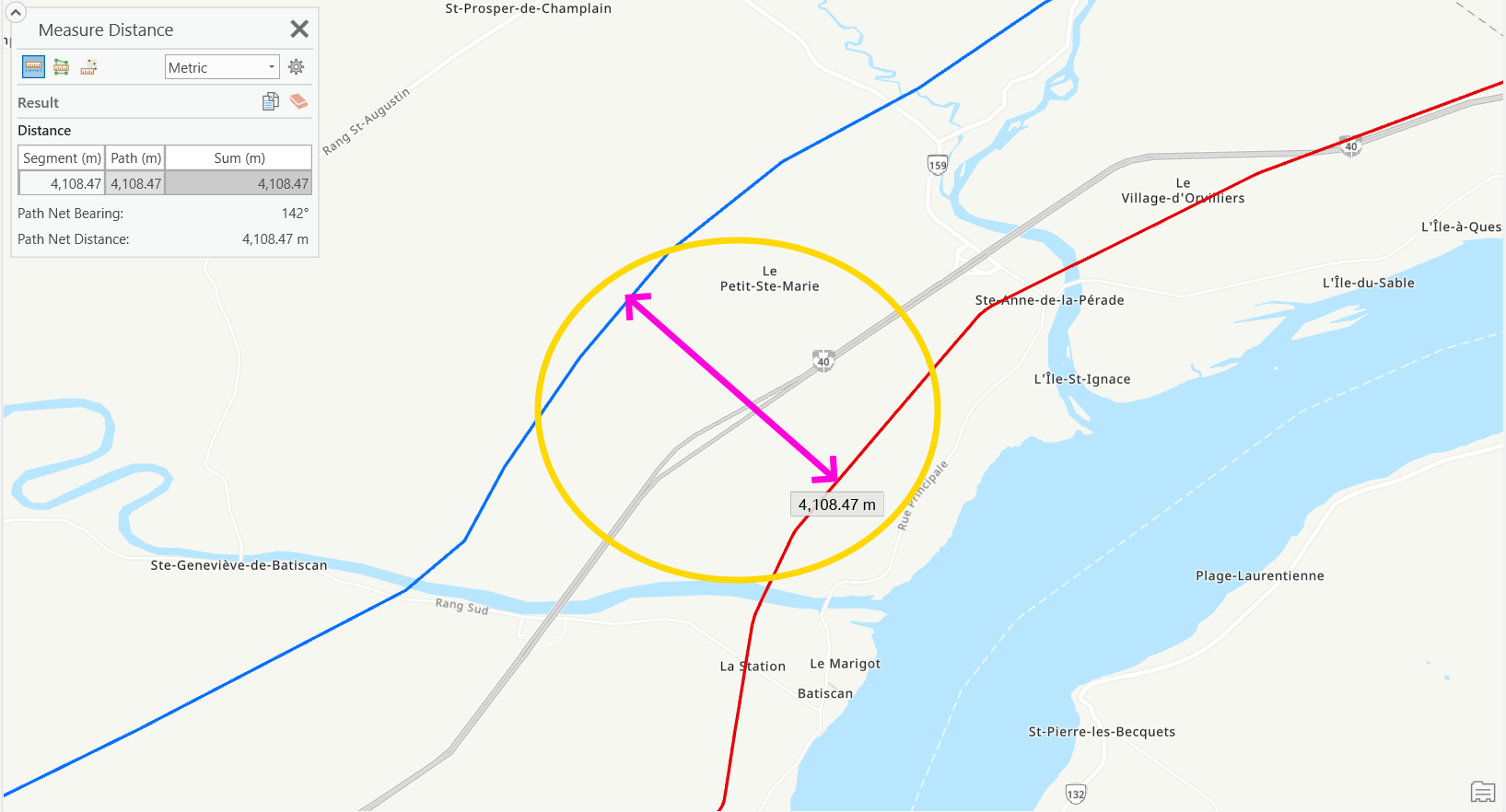 Map showing how far off the same data can be in certain locations. The difference between the two versions of the same railway track data (at a location where there is a large horizontal difference) is over 4 km different in position.

In summary, if the positions of different features and objects on a map are inaccurate, complications will occur. This is a particularly important consideration in SDIs because users often view and analyze diverse data layers collected at different scales and with quite varying provenance. The rule of thumb these days is to collect all data so that it is “GPSable”; in other words, the data is accurate enough that you can precisely locate an object or feature using a GPS device. So, collect your data with as much accuracy as possible and generalize the data for viewing and analysis at smaller map scales when necessary.