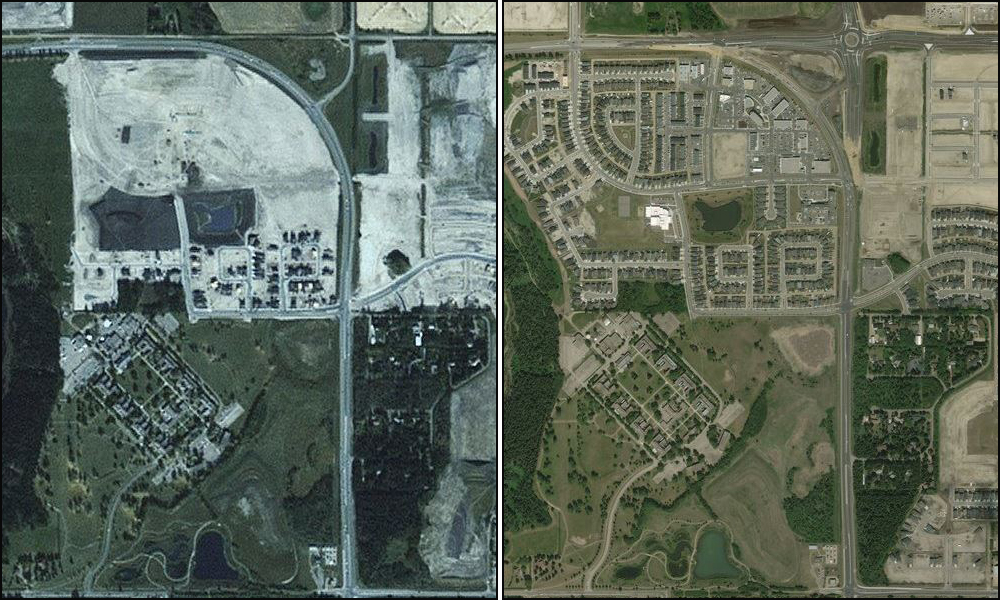 A sample of the improvements made with the inclusion of the DigitalGlobe imagery around Red Deer, AB: previous imagery dated from 2010 (left) is now replaced with updated imagery from 2016 (right)

Last year, Esri announced a partnership with DigitalGlobe to improve the imagery basemap in ArcGIS Online. Those imagery updates are now available for Canada, and these updates are extensive. The imagery across the country uses DigitalGlobe’s Basemap +Vivid product. This is 1.2 m imagery with at least 80% of the content dating from 2012. This imagery replaces older or lower resolution imagery and provides a more consistent imagery basemap than was available before. As indicated in the webmap below, it covers most of Canada below 60° North.

Another, smaller DigitalGlobe imagery update for Canada is coming later this year. This one will draw upon DigitalGlobe’s Basemap +Metro product and will be focused on a number of Canadian cities.