Did you know Calgarians get their water from the Rocky Mountains west of the city from basin-like landforms called watersheds? One of the main watersheds feeding the city is the Bow River watershed which covers an area of 7,770 square kilometres. Here’s a cartographer’s perspective of this vital water source.

Have you stopped to consider where your tap water is from? While Canada is considered a freshwater-rich country, that shouldn't stop us from reflecting on the water supplies that feed our growing cities. World Water Day focuses on the importance of freshwater and celebrates water while raising awareness of the 2.2 billion people living without access to safe water.

The Bow River, which originates on the Bow Glacier north of Lake Louise, is the source for nearly 60 per cent of Calgary's water supply. Calgary-based cartographer Ian Ladd set out to tell this story using maps. For him, map-making is a form of storytelling. Some elements enhance a map's narrative while others detract from it. As the author, he gets to decide what’s in and what’s out.

Let’s take a closer look at how the map of Calgary’s glacial water sources was created using ArcGIS Pro.

Designing beautiful data driven maps takes intention and purpose. Originally, Ian wanted to create a map that could convey how much water specific glaciers contribute to Calgary’s water supply. Some research and helpful chats with subject matter experts determined that the data needed for this kind of map doesn’t exist. As a result, the story’s scope was adjusted. The new purpose for Ian’s map was simply to display which glaciers supply Calgary’s drinking water.

ArcGIS Pro has become Ian’s go-to mapping software for many years now. A variety of tools in ArcGIS Pro and Adobe Illustrator were used to apply important cartographic design principles like visual contrast, legibility, figure ground-organization, hierarchical organization and balance. When these principles are applied collectively, the map’s purpose is conveyed more effectively.

A crisp and clean looking map can be achieved when features and elements within a map contrast with each other and their background. Ian chose a bright orange colour to visualize the 123 glaciers that feed Calgary’s water supply. The glaciers, which are important to the map’s story, can be distinguished easily from the dark background chosen for the basemap.

Figure-ground organization is used by cartographers to guide the map reader towards the focus area of the map. This is often achieved by creating a visual separation between the figure in the foreground, and an amorphous background.

Since the Bow River drainage basin that feeds Calgary’s drinking water was deemed the area of interest, a drop shadow was added to the Bow River drainage basin perimeter so it could be better identified at-a-glance. This step was done in Adobe Illustrator using the ArcGIS Maps for Adobe Creative Cloud plug-in which enables professional designers, like Ian, access to data-driven maps right inside Adobe Photoshop and Illustrator.

Careful consideration is given to the position of each element within the map layout. Nothing is random! Balance, in cartographic design, is achieved when the map elements are distributed in a way that creates equilibrium and harmony. As opposed to a map that is cluttered and confusing.

To create a visual difference between Alberta and British Columbia, Ian utilized the hillshade function to extrude the layer based on the Digital Elevation Model (DEM) of Alberta, making the area appear crisp and 3D-like. In contrast, British Columbia’s terrain appears more muted which allowed Ian to use this space for accompanying details like the title, the map legend and attributions. This was a clever use of space, resulting in an asymmetrical balance of elements.

The final map created by Ian Ladd, a look at the city of Calgary’s glacial water sources.

Ian Ladd is the solopreneur of EN Creative, a geo design company that combines his passion for design and map making. He has worked with a variety of notable Canadian companies including Canadian Pacific and Calgary International Airport. In 2020, an overview map of Kananaskis, a beautiful wild area west of Calgary, was selected as a winner in the 2020 ArcGIS Maps for Adobe Competition. 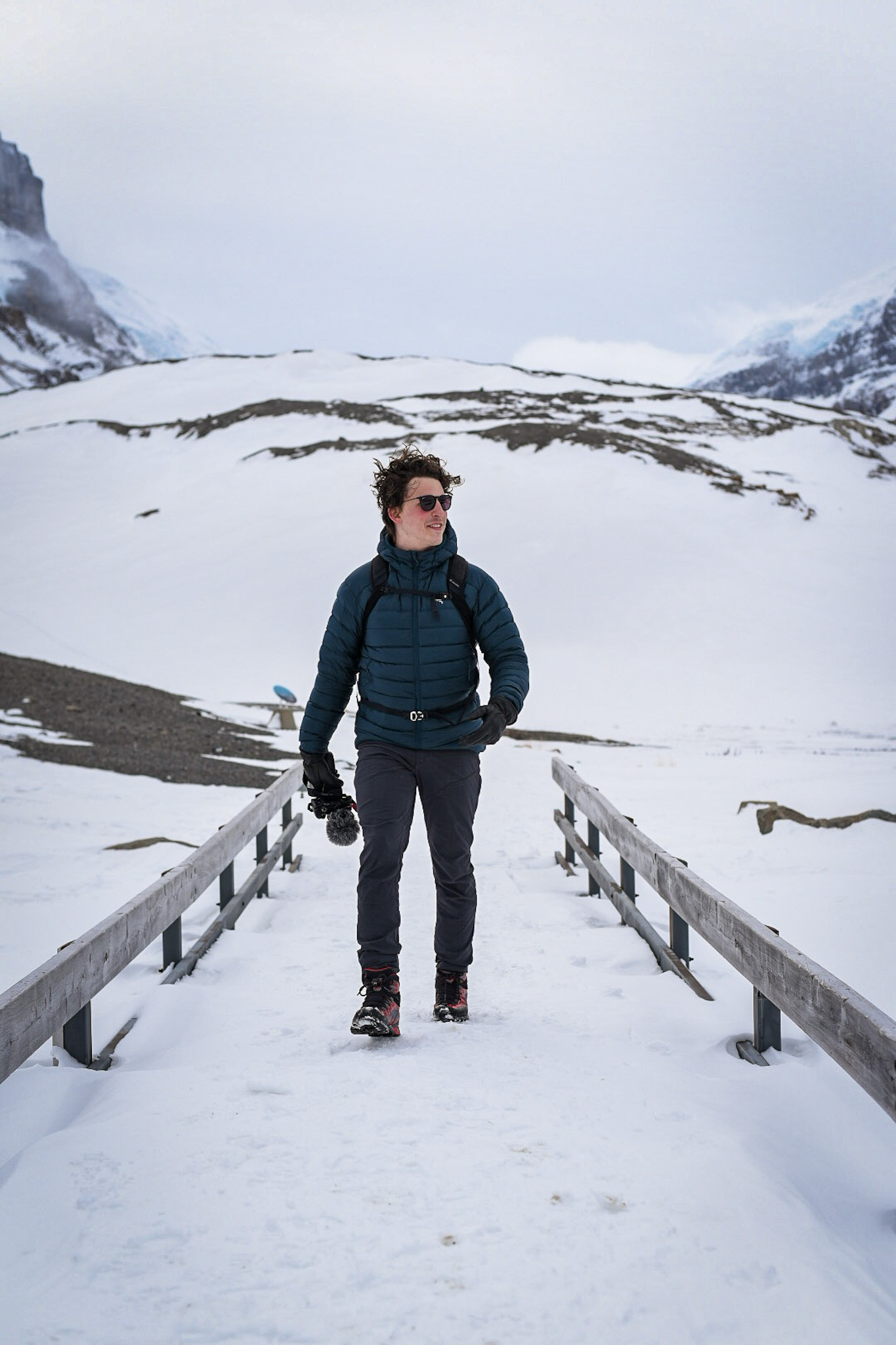 Interested in creating your own data driven maps? Migrate to ArcGIS Pro today.