It’s been some time since we provided an update to you on what’s happening with the Community Map of Canada. As you know, the Community Map of Canada is built using data contributions provided by federal, provincial and municipal governments as well as First Nations, universities, colleges and airports. Currently we are updating and publishing the map twice a week. We are continually looking for new and updated content, both from our current contributors and from news ones.

Since January of this year we have published data coming from 6 new contributors including:

Additional new contributors are being processed and will be published in the near future. Follow this blog to be informed on the latest additions and changes. 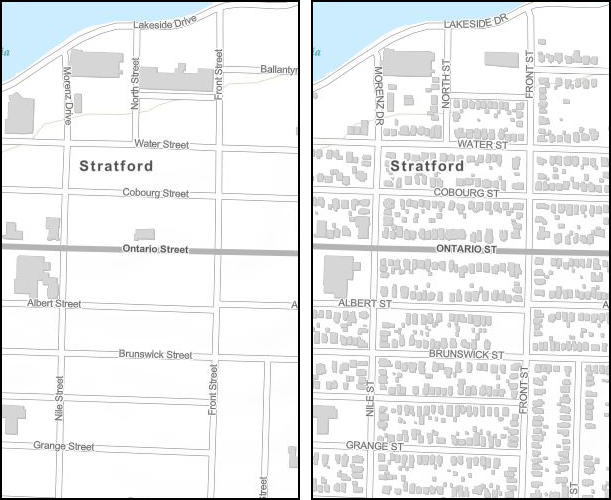 As well as new content we have expanded our set of basemap styles to include the streets basemap style. All of the Community Map of Canada basemap styles are available in this group or, in some cases, might be available via your basemap picker. They are identifiable with the blue band at the bottom of the thumbnail. All the basemap styles run off the same vector tile cache that we work to update each week. Keep in mind that you can edit any of these styles or create your own using the Vector Tile Style Editor. Your basemap style will automatically include any data updates as they become available.