Dr. Roger Tomlinson’s seminal 1974 PhD thesis lay the academic groundwork for much of the thinking regarding GIS development and use over the next few decades. But does Roger’s thesis hold true for how governments should do geographic decision-making? Read this blog to find out if Roger had it right.

Have you had the opportunity to peruse through Roger Tomlinson’s 1974 PhD thesis entitled “Geographic Information Systems, spatial data analysis and decision making in government”? It’s quite an insightful read and offers readers the chance to find out that many of the elements of today’s GIS systems were envisaged over 40 years ago. Despite Roger’s international background, his work established Canada's reputation for excellence in GIS.

Since Roger’s expertise and experience related to the development of Canada Geographic Information System (CGIS), many of his thesis examples were based on the Canadian federal government; in particular, the government decision making process and how geographic information assists government leaders and planners in reaching the best decision, as shown in the Figure 8.1 in his thesis. 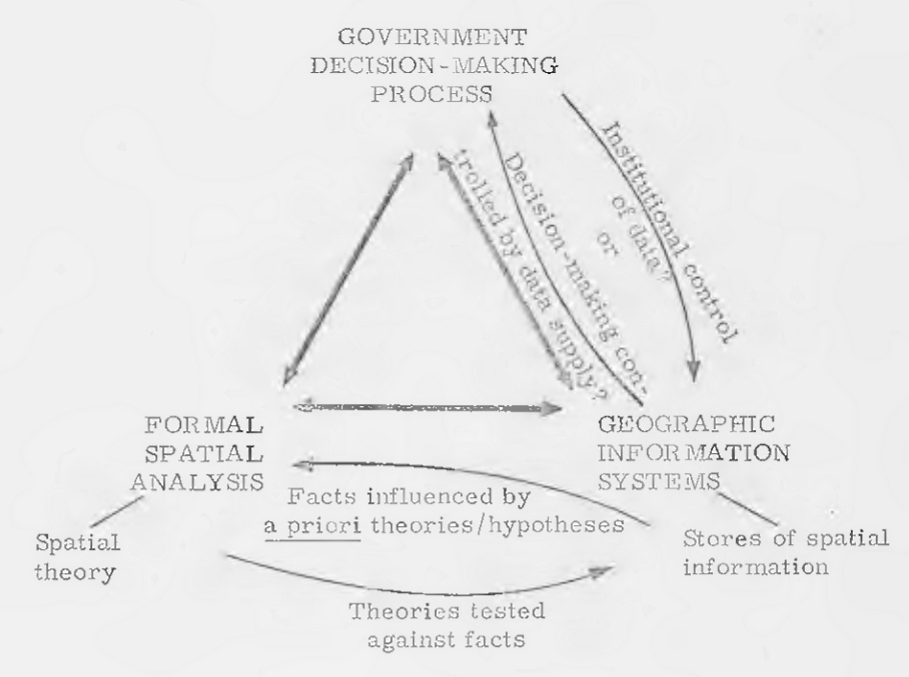 Now roll forward forty some years to 2017 where we have high-speed computers, sensors and the Internet almost anywhere and everywhere we can think of.  GIS continues to thrive and grow across enterprises, and particularly in governments.  Today, the framework used for GIS decision-making includes the following steps:

One wonders if the GIS decision-making process has changed at all in the last 40 years? Are we doing it any differently than how Roger envisaged back in the 1970’s?  In my opinion, not significantly. Clearly, there have been improvements with faster technology, higher quality software and data, and the availability of new methods of collaboration via the Internet. But to me, the underlying process hasn’t really changed from what Roger described in his thesis many years ago.

Let’s compare today’s GIS decision-making process with the framework provided in Roger’s thesis. For example, what does a city need to take into account when making an important decision?  Certainly, the ones listed below:

An excellent example of using Web GIS for government decision-making, plan-sharing and public feedback was used by the Waterloo Region of Ontario for their nearly completed light rail transit (LRT) system, which connects the cities of Kitchener and Waterloo. They developed and deployed a web story map that shows the planned locations of each new LRT route and station stop, the reasons for the selection and the advantages of this choice over the long term. The web map also accepts public feedback on each station stop. 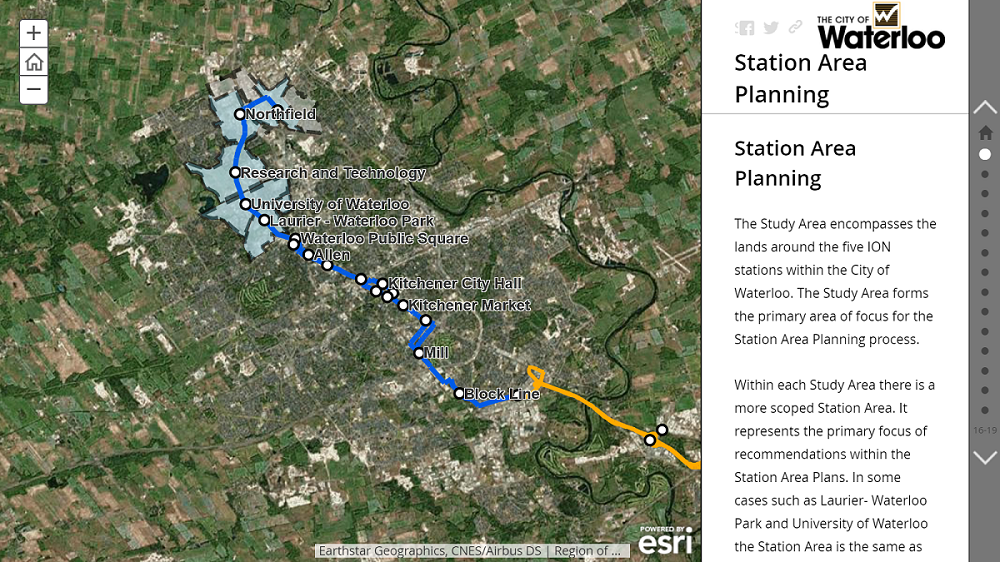 An example of a public web story map that helped the cities of Kitchener and Waterloo with the decision-making process on their light rail transit system. The story map provides information to the public and gathers citizen feedback, much like the process Roger Tomlinson described in his PhD thesis. Photo Credit: City of Waterloo

In the decision-making process, geography can help with some of the heuristic-based analysis as well. For example, impacts, implications, recommendations and similar projects can easily be shown on a map. Input and feedback from citizens and especially from the public can be obtained via a web map application.

Modern government decision-making processes still use the same basic framework that was described by Roger Tomlinson decades earlier. The concepts of space, facts backed up by spatial analysis and the value of having the appropriate spatial data are still in use. Thus, Roger Tomlinson’s vision of geospatial decision-making in government still holds true today, at all levels of government, and especially at the municipal level.