Urbanization is on the rise in Canada. StatsCan reported that nearly three in four Canadians (73.7%) lived in one of Canada's large urban centres in 2021, up from 73.2% five years earlier. There are benefits to living in a large urban centre, such as reduced commute time by living closer to work and living in a dynamic area that offers many nearby services and sources of entertainment. But our urban environments can also lead to adverse health outcomes for many, and where you live in a city can determine your proximity to hazards, access to healthy food and opportunities for exercise.

With climate change, summers can be especially challenging for some due to the increased frequency of heat waves. The growth of our cities causes the replacement of natural land cover with dense concentrations of pavement, buildings and other surfaces that absorb and retain heat. These ‘urban heat islands’ (also referred to as ‘heat domes’) increase energy costs (e.g., for air conditioning), air pollution levels and heat-related illness and mortality.

During summer 2021, British Columbia experienced one of the most intense heat waves in recorded history. In Greater Vancouver, the heat dome started to build on June 24, and higher temperatures were observed between June 24 to June 28. During this period, extreme temperatures were also observed overnight. More than 800 deaths were investigated by the British Columbia Coroners Service (BCCS) during that week, with 619 of these deaths later identified as heat related. Most who died were indoors, over 70 years old and living in homes without adequate cooling systems, such as air conditioners or fans. Generally, more decedents lived in socially or materially deprived neighbourhoods than the general population.

When it comes to public health emergency response, location matters. Understanding where vulnerable populations live and their risk of environmental hazards is critical in swift and effective response.

More recently, ArcGIS has been relied upon for emergency operations management to support  adaptive management and cost-effective response strategies. And given the increased frequency of infectious disease epidemics and environmental health emergencies in Canada, public health emergency analysts and responders now share these workflows. A GIS can act as a single source of truth so diverse teams of public health responders can make cohesive and coordinated decisions based on risk pattens shown on maps despite working in traditionally disconnected environments. Importantly, as public health analysts are required to reflect on emergencies to learn about barriers and bottlenecks in action, GIS can support longer-term planning to identify key areas in cities in greatest need of resiliency.

Here is an example of an emergency response situational awareness dashboard built for wildfires using ArcGIS: 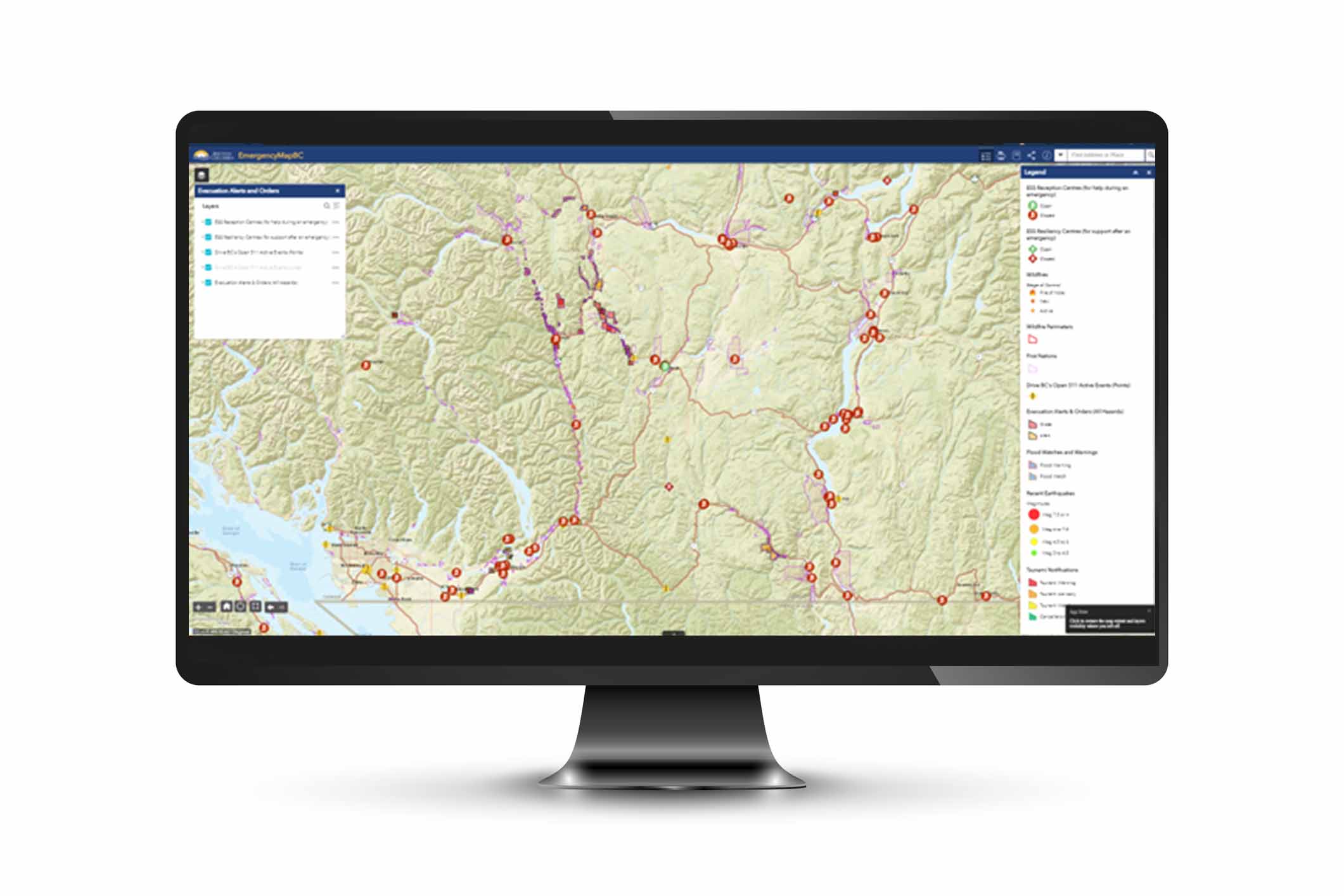 In the example above, the GIS platform has been customized for multiple hazards, such as forest fires, flood warnings and earthquake and tsunami notifications. The platform readily integrates pre-loaded data, combining real-time event alerts in a spatially aware map visualization. GIS and non-GIS experts alike have used this platform to collaborate on action, to strategize where to deploy emergency response teams, and to locate the most vulnerable populations most in need of timely, prioritized support.

In the next example, Esri Canada data was pre-compiled into a Situational Awareness Viewer demo, including customized datasets related to heat wave emergencies. Using Toronto as an example, we included data on hospitals, long-term care homes, and neighbourhoods with populations above 65 years in age. We also included measures of greenspace and proximity parks, long recognized as a valuable index of the health status of neighbourhoods. This demo exemplifies customized views that can be built using ArcGIS for a multitude of emergency response programs and workflows.

For more information about how ArcGIS can help your team plan for urban heat waves or other environmental health programs, check out our webpage or reach out to us at publichealth@esri.ca.