Your organization has just decided that they’re going to release spatial data into the open data community for further exploitation. While this is a momentous event that will make your previously concealed spatial data available to “outsiders” so that it can be used for valuable purposes, it does raise the question: as the GIS manager, how do you publish your open data so that it gets into as many hands and is made as beneficial as possible?

The open data movement began several years ago and in 2013, the Canadian federal government, along with its G8 partners, released the G8 Open Data Charter that makes government data open by default. The purpose of this charter was to make governments more accountable by making data available to anyone who wanted to examine the data.

The charter also prescribed that this open data could be used freely and without restriction in any application that the user wanted to create. This helps stimulate creativity and innovation by allowing the use of open data for greater social and economic benefits in both commercial and non-commercial applications.

If you want to release your geospatial data, how do you go about doing this? Is it a big job or a simple task? What’s the best way to get the most exposure for and use of your open geospatial data?

Providing your geospatial data to the open data community can be an easy or difficult task, depending on how you approach it. For example, the federal government’s open data portal uses a package called CKAN that handles a number of different data file formats including spatial data formats.

Another example is the Halifax Regional Municipality Web site which uses the ArcGIS Open Data solution. This allows Halifax to use the ArcGIS platform to provide the public with open access to their authoritative data. 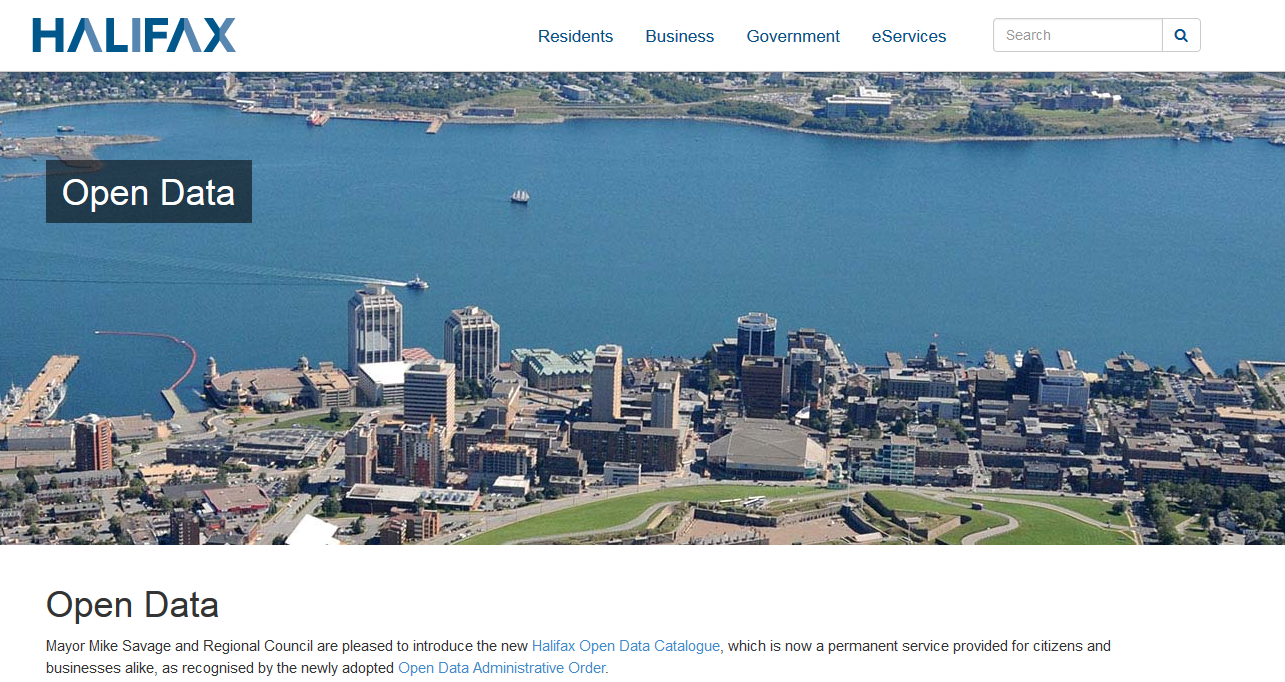 Halifax configured the Web site with their own look and feel, and the public can use the site to search by topic or location, download data in multiple formats and view data on an interactive map or in a table.

Read more about their open data site in this ArcNorth News article: Halifax Improves Access to Public Data with ArcGIS.

Thus, there are many technological ways of making open data available to the public and numerous organizations in Canada have already done so. Once your organization decides to make their data open, you can easily and quickly get this data into the hands of the public.