How much is the Canadian federal government investing in the country’s digital infrastructure? What’s the difference between Geomatics and Geography? Which city in BC recently launched their open data portal? Find out in this issue of SDI Snapshot.

Canada’s technology industry can look forward to the federal government investing half a billion dollars’ into the country’s digital infrastructure, with more than $70 million into workforce training, under the budget recently released. Initiatives that should help Canada’s tech industry include: improving access for rural communities to the digital economy, increasing co-op education placements, linking Canadian technology companies to global markets, committing to providing funding for Canada Health Infoway and investing in government information technology. 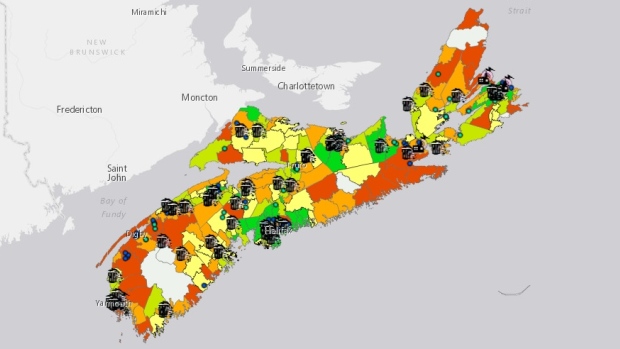 Environmental racism refers to the practice of disproportionately placing environmental hazards — such as industrial sites or landfills — near racialized communities. CBC News has shown a map that indicates that marginalized communities living close to toxic sites around Nova Scotia may have been subject to environmental racism. But now, thanks to an interactive map developed by The ENRICH Project, they're also able to see it. The ENRICH Project investigates the cause and effects of toxic industries situated near Mi'kmaq aboriginal communities and African Nova Scotian communities. What is the difference between Geomatics and Geography?

The debate over the use of the “mostly Canadian” term Geomatics vs. Geography continues to rage on. There seems to be great confusion between these two disciplines, especially noting that some geographers and schools claim that Geomatics is a geographical science when it is not. There has been a general confusion over the term Geomatics since its adoption in the mid-eighties.

Natural Resources Canada (NRCan) has introduced a new CanVec product, which is the result of the implementation of a new integrated data model. This model has led to a reorganization of themes and entities. It allows generalization of data at different scales from the best source available. This new CanVec product also meets the user request of getting data by province, territory and/or Canada.

City of Prince George, BC provides easier access to data

The City of Prince George, British Columbia has launched a new Open Data Portal recently on the City’s Web site. The Portal will give interested citizens easier access to the information and allow them to run their own reports. Open data is free information that can be accessed, re-used and re‐purposed and which enables diverse organizations and systems to work together. The Portal, part of the City’s Open Data Program, provides City staff with tools and processes to improve government transparency, and could provide aid for future economic development opportunities.

Mapping the interconnectedness of Canada's water

Representing one-fifth of the world’s freshwater supply, Canada’s rivers, lakes and streams are often held up as one of its greatest assets—especially as climate change dries out other regions around the world. That’s why a recurring debate over whether the country should export its water has recently resurfaced.

The Earth has lost more than half of its wetland extent since 1900. The satellite-based Wetland Observation Service (SWOS) is working to provide an online data portal that will have real-world impacts, helping to track wetland degradation, identify pollution sources and assess restoration strategies.

What3Words has mapped the world into 57 trillion areas that can pinpoint a destination to a 3-meter by 3-meter square. This text-based alternative to GPS positioning was recently demonstrated at the Mobile World Congress in Barcelona.

Story Maps let users combine authoritative maps with text, images, and multimedia content, and make it easy to harness the power of maps and geography to tell a story. Story Maps can be used for a wide variety of purposes; for advocacy and outreach, virtual tours, travelogues, delivering public information, and many more. Many of the ways users can use Story Maps are obvious, but others aren’t. Here’s a list of nine things that Story Maps can do that you might not have thought of before.

What do SSL, TLS, PCI, and DROWN have in common with ArcGIS?

Find out the answers to this alphabet soup in Esri’s newly released ArcGIS Platform SSL/TLS Support and Configuration Briefing. If you have questions about any of the security acronyms or any ArcGIS product security, whether past versions or current, we suggest you check it out. Even if you only want to ensure the most secure ArcGIS deployment possible, it is worthwhile to check out the briefing for focused, secure architecture and configuration enlightenment based on real-world deployments.

ArcGIS 10.4 and the soon to be released ArcGIS Pro 1.2 bring users new and improved capabilities for visualization and enterprise readiness plus new and enhanced apps. A few of the highlights include: vector tiles, local scenes, spatial analytics, new imagery formats, mobile map packages plus lots of other improvements.

How to meet WCAG 2.0: a customizable quick reference

The World Wide Web Consortium (W3C) have published a new version of How to Meet WCAG 2.0: A customizable quick reference to Web Content Accessibility Guidelines (WCAG) 2.0 requirements, success criteria and techniques. The publication provides a customizable view of WCAG 2.0 resources. Information on these resources is provided in the WCAG Overview and The WCAG 2.0 Documents. This new version provides a significantly updated user interface and additional functionality.