Canada is unfortunately at a distressing crossroad. Over the past weeks, Ontario and Québec have had COVID-19 daily infection rates that match or surpass those of the peak of the first wave of the pandemic. In Ontario, the province has experienced massive backlogs in testing and is working to overcome them in order to carry on effective contact tracing. Some tests had to be sent to California due to delays within the province. Québec passed a milestone of five days of over 1,000 new cases per day. Worse still, the rates of hospitalization are increasing exponentially and the seven-day moving average of deaths has hovered between nine and 10 just since the end of September.

On October 6, the federal government announced approval for the use in Canada of Abbott’s Panbio COVID-19 Ag Rapid Test Device, which is said to produce accurate test results in 20 minutes. With this, “point-of-care” testing would become much easier and some 20 million devices are on order for delivery within a few weeks and a further 12 million more for the new year.

To some, focusing on counting—whether new cases, hospitalizations, ICU capacity, testing capacity and turnaround, or tracing—might appear unseemly. Certainly, constituents can get bogged down in a swirl of figures whose significance isn’t always made clear. Yet, reliable numbers and readily shareable and relatable public health data hold the key to how effective we will be in wrestling this new wave into something manageable. More important still, is being able to map—or visualize—where outbreaks are occurring, to alert populations to local contagion and assist in assigning resources where they will be most effective.

What the resurgence of the past few weeks has shown is that despite forewarning, the complex networks of Canadian public health bureaucracies are slow to realign, even with the urgency of a public health crisis. Of course, I’d like to believe we would all agree that the policy responses to the crisis have to be evidence based. Unfortunately, in the field of public health, when it comes to mapping determinants of a range of outcomes, failure to come to a common understanding of exactly what to measure and how, across institutional and jurisdictional divides, diminishes the effectiveness of the extraordinary energy and goodwill that local, regional, provincial and federal authorities have brought to the crisis, not to mention the care and sacrifice countless Canadians have made in attempting to follow sometimes confusing messaging.

In late spring and early summer, when mortality rates in long-term elder care facilities in four provinces were staggering, Canadians were stunned to discover that in some jurisdictions, communication of information critical to public health decision making was being collected by hand and communicated by fax. Just a few weeks ago, in the UK, it was discovered that some 16,000 COVID-19 cases went unreported at first due to a technical error involving something as basic as formatting and sending Excel files.

Esri Canada is proud to support a range of projects, in public, private and academic spheres, to help Canadian decision makers, analysts, academics, journalists and citizens glean a better understanding of how COVID-19 affects their particular environments. Among those is our collaboration with the Human Environments Analysis Laboratory of Western University, in London, Ontario. Dr. Jason Gilliland, a distinguished geographer, is the lab’s director. He reminds us that in endeavouring to understand the course of something like a contagion, it helps to go as granular as you can in mapping determinants and outcomes. While there are legitimate reasons for people to worry about the privacy of health data, concerns exacerbated by recent breaches into systems we all hope were unbreachable like those of Services Canada earlier this summer or that of Desjardins Financial Group last year, Dr. Gilliland underscores the fact that Canadian academics and health care authorities are diligent in the anonymization of personal data. The Québec government finally decided to join in the federal COVID Alert app system, having put to rest worries about anonymity. Meanwhile in Alberta, it was reported this weekend that contact tracers there are facing hurdles in convincing some people who have tested positive to assist them in a meaningful way.

We really do need to recognize that local authorities, those closest to the ground, are often those with a more holistic appreciation of what is taking place around them.

Even in Germany, a country that has managed the pandemic more effectively than almost any other industrialized nation, scientists reminded everyone that the only way to manage a resurgence in cases is through:

An important contribution would be to have all levels of government—including all public health authorities—agree on parameters of how and what to measure in ways that can be readily and publicly shared. We need a clearer view right now of the variables associated with the movement of the virus so we can mitigate the behaviours inimical to the recovery that politicians of every stripe say they are trying to achieve.

This article was published in French in La Presse. 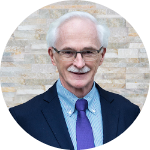 Alex Miller is president and founder of Esri Canada, the leading geographic information system (GIS) company in Canada, founded in 1984. Mr. Miller is a pioneer in transforming geography and mapping into a 21st century digital tool used by millions around the world. His work has helped people see location as a unifying lens through which land and resources are understood.

Learn about how an app made in ArcGIS Web AppBuilder is being used to educate a wide audience about the urb...

This article reviews a few resources that might be of interest to transit professionals that need to plan a...