Home » News & Updates » Have you examined LiDAR as a new source of data for your GIS?
× Share this Article

Have you examined LiDAR as a new source of data for your GIS?

Not often does the development of a new sensor significantly change how GIS practitioners do things to create value and products for their clients. LiDAR data collection campaigns are proving to provide an invaluable new perspective on the earth. Given its inherent 3D capabilities LiDAR has the opportunity to enhance data collection and display significantly. Read this blog to learn about how LiDAR works, how you can get some sample data and import, display and process it in ArcGIS.

You have probably heard the buzz around the geogrpahical information systems (GIS) community related to the collection and use of LiDAR (light detection and ranging) data. LiDAR is similar to Radar in that a pulse of energy is transmitted out and the time is then calculated for this energy pulse to be bounced back to the receiving system. However, the big difference is that Radar uses radio waves while LiDAR uses laser light, which greatly improves resolution and precision. Both Radar and LiDAR systems provide users with distance measurements to target objects; however, for earth observation, LiDAR provides an additional perspective than simply imagery alone.

So, let’s explore the background, technology and uses that make LiDAR a dataset worth considering for your GIS.

LiDAR is a relatively new remote sensing technology allowing users to collect very dense point samples of features in 3D. (LiDAR is so new that even the capitalization /punctuation has not yet been sorted out resulting in several written forms of this word such as LIDAR, Lidar and LADAR).

LiDAR systems produce large 3D collections of spatially-referenced point measurements, which are known as point clouds. These point clouds include x-, y- and z-values along with additional attributes such as GPS time stamps. The specific surface feature that the laser pulse encounters can be categorized (using the reflected signal value) into the classification codes that are defined in the LAS format. These classes include ground, vegetation types, buildings, water and wires.

A perspective view of a LiDAR point cloud that was downloaded from the New Brunswick open data portal, processed and loaded into ArcGIS Pro. You can clearly see the LiDAR points and the elevations. Higher elevations are coloured red whereas lower elevations are coloured blue. Because this area is heavily treed, you can also see the high-voltage hydro-electric transmission line corridor that is devoid of trees.

LiDAR point clouds are stored and processed in the industry-standard LAS file format in ArcGIS. However, as you can imagine, LAS files tend to be large files, so Esri has developed a compressed and improved version of the LAS format called zLAS, which is also supported in ArcGIS. There is also a third party compressed LiDAR format called LAZ, which was used by New Brunswick for sharing their files.  Esri’s 3D Sample Tools has a tool that allows ArcMap to convert LAZ format files to zLAS format files for use in either ArcMap or ArcGIS Pro.

Since ArcGIS Pro supports 3D directly in scene views, you simply need to load the LAS or zLAS file into a new scene and up will pop a view of the point cloud. It can be viewed, rotated, zoomed and positioned for the best visualization of your area of interest.

The downloaded LAS file from New Brunswick is displayed over the base topographic map. The LiDAR data is automatically registered geometrically with the basemap as you can see along the hydro transmission line corridor. The land elevations in red, yellow, green and blue also correspond closely to the contour lines of the basemap.

A perspective view of the same New Brunswick scene looking down diagonally from the north-east corner. The trees, hydro corridor and the power lines within can be visualized clearly in this scene.

LiDAR data is becoming increasingly available in Canada; in many cases (such as in New Brunswick), it’s being published as open data. With a little effort, you can download these LiDAR files, convert them to LAS or zLAS format if needed, and view them in ArcGIS. LiDAR gives you not only the elevations of the points, but it also gives you an additional perspective on what’s on the ground in the LiDAR point classification field. You can quickly make both elevation and surface models from the LiDAR data elevation field in ArcGIS.

Now, you may ask – How do digital elevation models (DEM) and digital surface models (DSM) differ from LAS point clouds?

A digital elevation model or DEM has elevation values at regularly-spaced grid intervals which represent the elevation of the ground at that point. The ground elevation DEM is a bare-earth model containing no tree, building or other feature elevation that is above the ground level. A digital surface model (DSM), on the other hand, also contains elevations at regularly-spaced intervals, but the elevations include the first reflected surface detected by the LiDAR, which may include treetop canopy surfaces, power lines or building rooftop surfaces.

So, if you haven’t downloaded and got familiar with LiDAR data, I suggest that you take some time to check it out. Similar to processing imagery, LiDAR processing needs more disk space and more processing power than your regular GIS data; but as long as you stick to small files and areas, it’s well worth the investment of your time and effort to see how LiDAR data can help you and your organization. 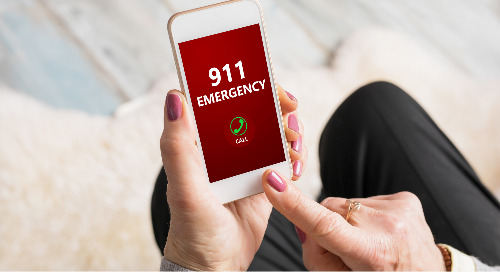 Find out why location is integral to public safety, and how GIS, by extension, is a logical element of an o... 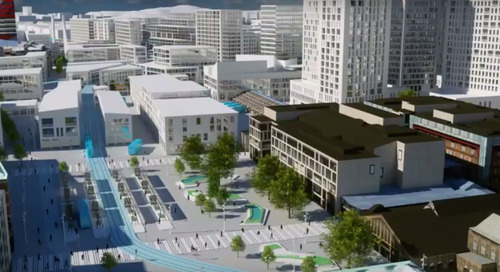 Get inspired by Edmonton Public Schools’ back-to-school app. Learn about the Plant-for-the-Planet Initiativ...