Ever since Esri stopped the development of its Military Analyst extension for ArcMap in 2013, the demand for a replacement has been very strong around the globe.  Beginning with the release of ArcGIS Desktop 10.2, Esri had moved most of the tools and features previously found in the Military Analyst extension and Military Overlay Editor (MOLE) to their core Desktop product or made them available through the 3D and Spatial Analyst extensions. These functions, however, were not easy to find nor accessible on a dedicated toolbar for analysts to quickly exploit during training or operations. The release of Military Tools for ArcGIS has finally returned the toolbar to the military users after four years.

This Version 1.0 release is a collection of mission-focused enhancements to simplify military workflows in ArcGIS. The Military Tools for ArcGIS Desktop combines several related mission-focused ArcGIS workflows for defence and intelligence users into a single installable toolbar for ArcMap and ArcGIS Pro. These tools allow you to input coordinates and quickly convert them between several standard formats to dynamically create geodetic lines, circles, ellipses and range rings; conduct interactive linear and radial line-of-sight analysis; and quickly create standard military symbols in ArcGIS Pro. These tools can be installed with ArcGIS Desktop 10.3.1 and later versions, ArcGIS Pro 1.4 or Web AppBuilder for ArcGIS 2.2.  Note that the Military Symbol Editor is only available within ArcGIS Pro. You can find more information and download the Military Tools for ArcGIS. 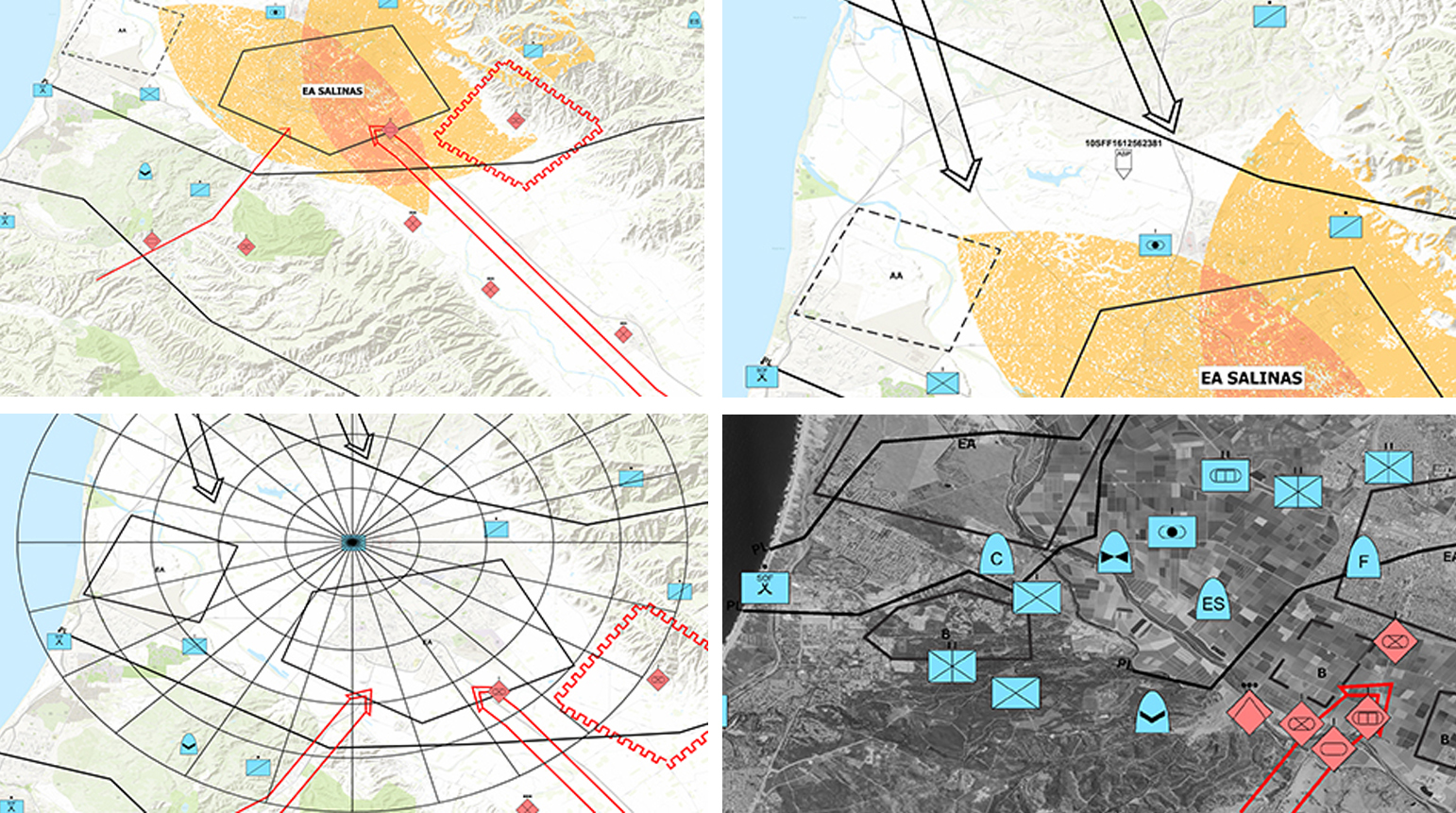 Where Can I Learn More?

In support of this launch, Esri is hosting a webinar series dedicated to the release of Military Tools for ArcGIS. Topics cover how the tools can be used by analysts to generate military products and how developers can quickly extend geospatial capabilities into a program of record.

Learn more by accessing the webinar series dedicated to the release of Military Tools for ArcGIS.

The first webinar in the series provided a broad overview of these new Military Tools for ArcGIS using live demonstrations. Attendees were shown the individual tools in action and could ask questions to the Esri product team related to deployment options. Each tool will subsequently be featured in upcoming webinars and recorded for future reference.

Two of the webinars are specifically dedicated to developers. Add-ins for Developers reviewed the existing components in more detail for those who want to extend their geospatial capabilities or modify the source code for the tools. Widgets for Developers coming on April 25th will show how to gain access to the source code for embedding and modifying these tools as widgets in your web applications.

You can access all recorded sessions and sign up for upcoming webinars from the Military Tools for ArcGIS web page.

The next release of Military Tools for ArcGIS is planned for June 2017 in time for the International Esri User Conference in San Diego from July 10-14 2017. In the meantime, I suggest that you test these new tools for yourself and send us your feedback.

Esri built these tools by listening to its users. Our platform supports military operations, and the new Military Tools for ArcGIS will allow military analysts (intelligence, all-source, signals and geospatial intelligence) to reduce the complexity and cost of performing routine analysis and creating common products for defence, intelligence and other tactical operations.

ArcGIS is powerful. Your time is also very valuable, so you may want to have these essential tools available to you in a single toolbar. That’s what Military Tools for ArcGIS is all about, saving time and ultimately saving lives when timely decisions are critical on the battlefield.