One of the primary functions of a Web GIS application is the ability to find the location of something or to find a route from one place to another. Most of the time, the user of a geospatial application specifies the position of the location of interest via a civic address. With the development of new technology for emergency response, smart cars and new location reference systems, will a change be required in location addressing schemes in Canada? Gordon Plunkett, Esri Canada’s SDI director, shares his opinion on the future of this heavily used method of defining locations in this blog post.

At the recent URISA GIS Pro event in Toronto, there were a number of presentations related to the use of addressing. What is addressing, you ask? Well, it’s different things to different people. You have your mailing address, your street address and even your email address. In my opinion, the conference speaker from the US Census Bureau answered the question best by saying that addressing was a systematic approach to facilitate delivery.

A few years ago, the province of Saskatchewan created the Civic Address Registry (Sask CAR) dataset. Today, it provides precise location-based address and access-point information for urban and rural dwellings in Saskatchewan, including some First Nation reserves and provincial parks. The CAR dataset was created to improve public safety by aiding in emergency response planning and dispatch.  It can also be used to enhance evacuation and planning, improve accuracy of delivery and collection services, increase efficiency in deploying property-based utility connections and even placement of rural street signs.

The Sask CAR dataset was the first of its kind in Saskatchewan and throughout most of Canada.  Previously, no geographic location points or civic addresses existed for rural and remote areas of the province. To date, there are approximately 470,000 address points mapped, including two provincial parks and one First Nation reserve.

Canada is fortunate that there’s a relatively common national standard for civic addressing, which consists of three parts: a civic (house) number, a full street name and a municipality. An example is ‘24 Sussex Drive, Ottawa.’

In some countries, civic addressing is neither systematic nor commonplace. For example, in Japan, addressing is by city block, and a house number is assigned to the buildings within the block. In Australia, only 11% of the landmass can be referenced through street addressing.

So, why is addressing important for Web GIS?

As we all know, people usually remember the location of things by the location’s address. Most people have an address where they live, and it’s important that a person’s current home address be on their driver’s license. We typically remember our home address, work address and many other addresses. Thus, the user interface for most web applications related to geolocation must support the use of a civic address. 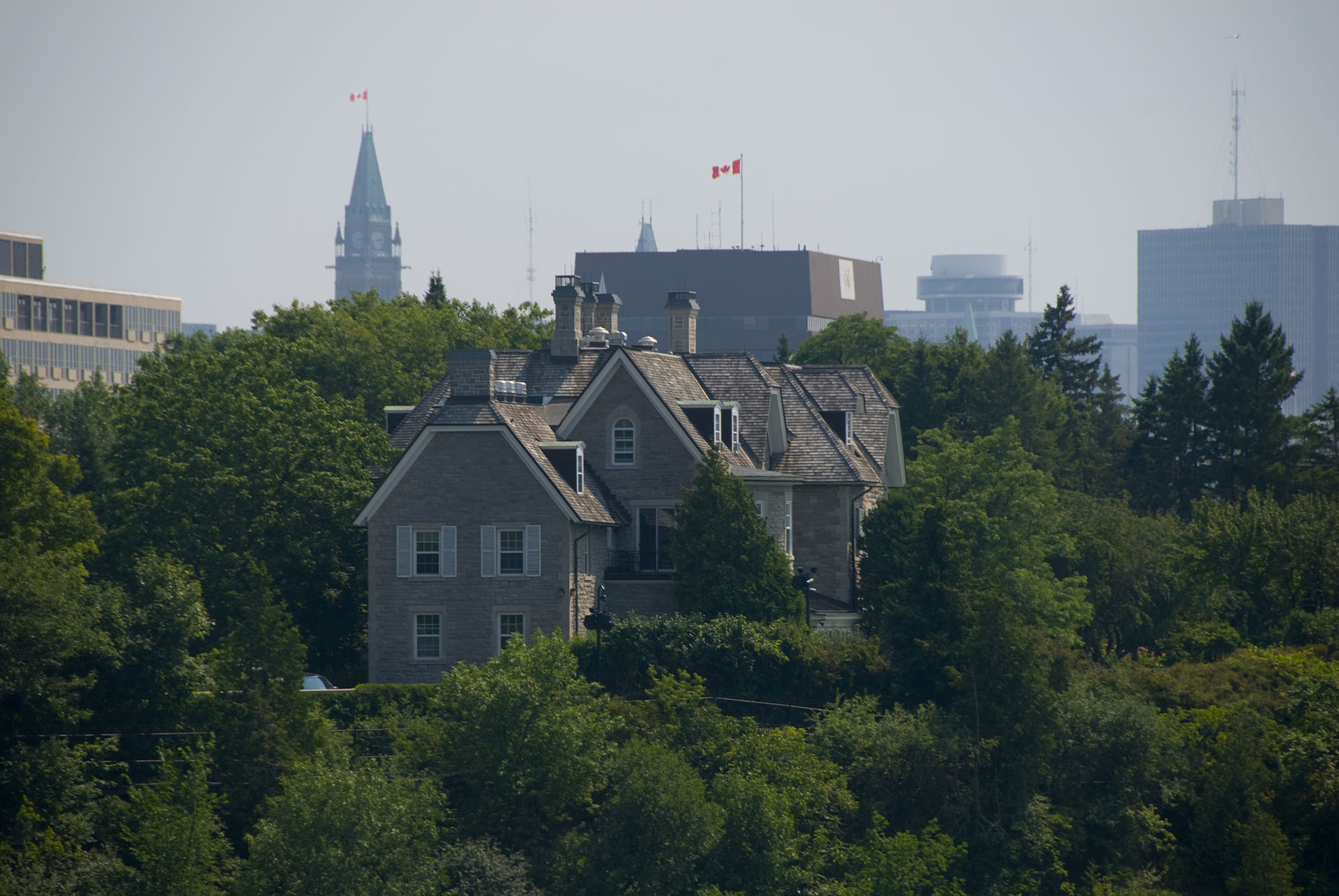 24 Sussex Drive, Ottawa is the official residence of Canada’s Prime Minister. Even as a special address, it can be entered into the Canadian Municipal Data Model (CMDM), which contains a definition for point address features such as a site address and other feature data required for the administration of address information. Photo by Alasdair McLellan.

Internally, Web GIS and most GIS systems use a coordinate reference system such as latitude and longitude to store and find locations. For example, when a user types in an address such as 300 Portage Avenue, Winnipeg, the Web GIS application converts the civic address to the required Coordinate Reference System (CRS) through a process called geocoding. The application then points out the location of this particular civic address on the map. This method allows the Web GIS application to work internally in a CRS environment, while enabling the user to continue using the civic address externally.

So, what then is a civic address?

This is where it starts to get complicated. Generally, the address is for a building. But, what if the building is not on a street or at least on a named street? What if an address is required for something that’s not a building, such as a landmark, bridge, power station or simply a parcel of land? What if there is an emergency and a response is required on a mountain or on a lake? How does one explain where the emergency response is required? What about future delivery by drones? Do you want the drone to land at your front door or would you prefer another location?

Some newer technologies, such as what3words, have been developed to specify any 3 metre-by-3 metre grid on the surface of the world. Any location can be specified by three words such as “contain. scooped. fixture”. However, this requires finding or remembering the three words. Latitude and longitude are also a systematic way of defining locations on Earth using two numbers, and what3words is a random way of defining locations using three easy-to-remember words. But, for a parcel delivery person, would a lat/long coordinate or a what3words position allow them to deliver a parcel?

ArcGIS for Canadian Municipalities includes a series of comprehensive web apps built on a harmonized Canadian Municipal Data Model. These apps use civic addresses as the foundational location specifier for the user.

There are really no simple, systematic or universal ways of specifying a location. For now, civic addressing is a well-known method of specifying the location of things or places which are meaningful to most people. Some standards are available for civic addressing, and in Canada, most new civic addresses are allotted by local governments.

So, will we see an addressing change in the near future in Canada? Will we see the end of civic addressing?

I don’t think so. Most of the work in the near future will go into improving current civic address quality, maintaining existing addresses and adding new addresses as needed. That being said, work still needs to be done for specifying locations that do not have civic addresses.