The December updates to the ArcGIS Online basemaps are described with a unique Christmas twist. Sit back, pour yourself some egg nog and enjoy the sleigh ride of updates... presented in rhyme!

(With apologies to Clement Clarke Moore)

‘Twas the week before Christmas, when all through our map, No content was stirring, not a long or a lat; The apps were sitting by the server with care, In hopes that an update would one day be there;

The technicians were nestled all snug in their beds, While visions of dashboards danced in their heads; And the boss in her hat and I in my cap, Had just settled our minds on a great online map.

When out on the Web there arose such a clatter, I sprang from my desk to see what was the matter. Away to my laptop I flew like a flash, Looked at my browser and cleared out my cache. 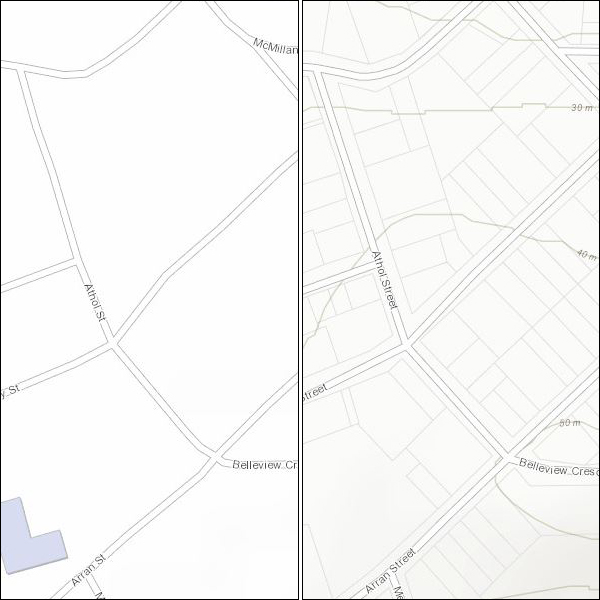 The maps that my team tends to with care, Gives the lustre of insight for all folks to share. When what to my wandering eyes did I see, But a gift of new content from eight communities, 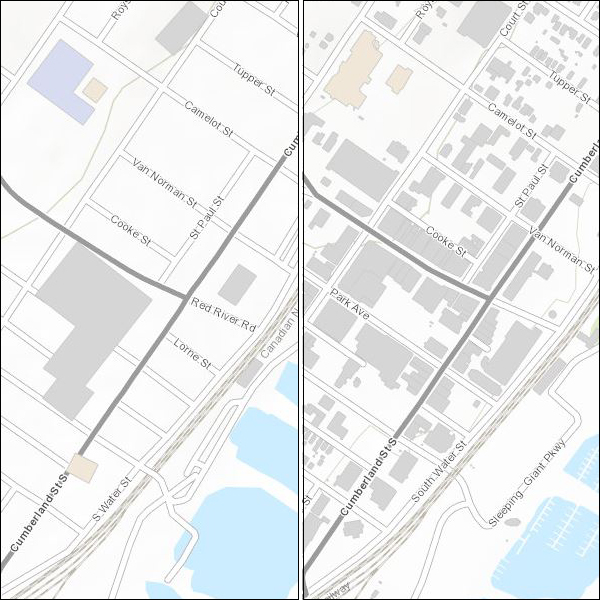 With both basemaps of topo and fine imagery, I knew this new update was here and was free. Improvements to content are always the aim, So I whistled and hollered and called them by name: 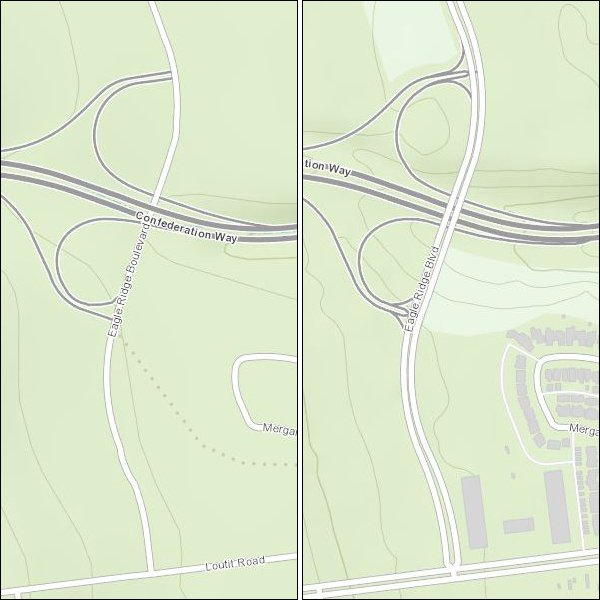 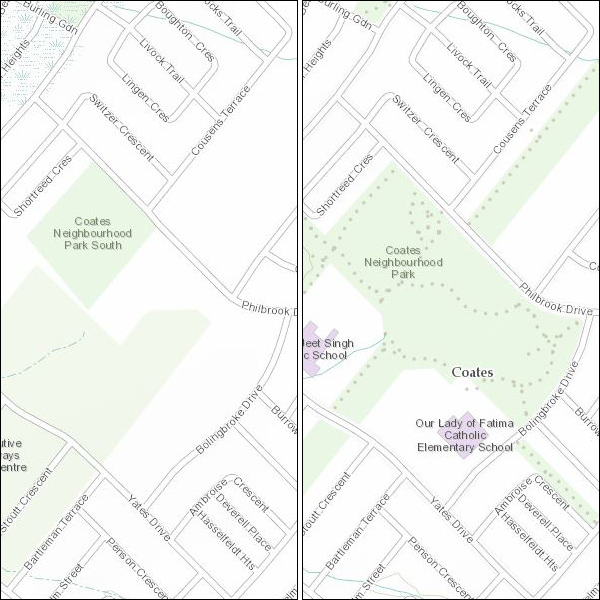 Old (left) versus new (right) in Milton, ON: new trails, buildings and parks, along with improved contours and water features.

As leaves that before the wild hurricane fly, When they meet with an obstacle, mount to the sky; Onto the basemaps the updates they flew, With a sleigh full of imagery and content so new— 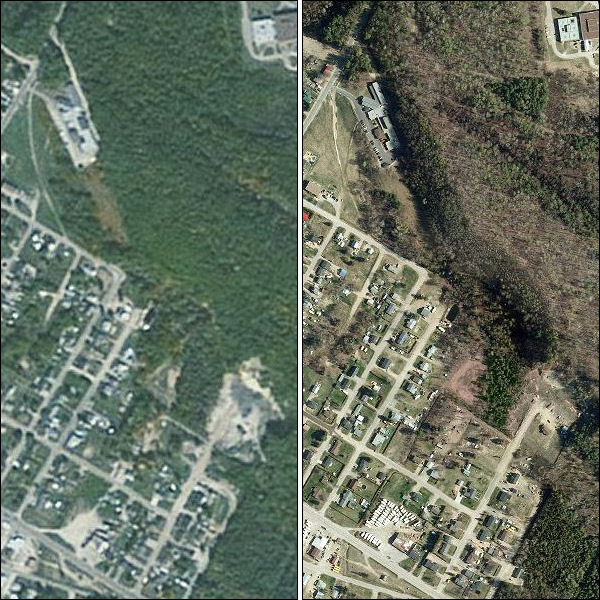 And then, in a twinkling, I saw on the map, The whirring and clicking of each online app. As I drew in my head, and was turning around; I looked at the screen and could not even frown. 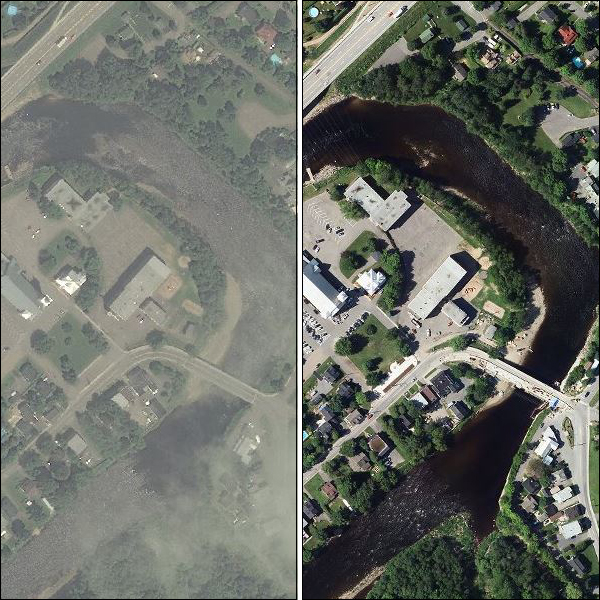 The improvements to content from 1k to small, Were better than I could ever recall. The imagery was fine, so fantastic to see; Things were made large that before had been wee. 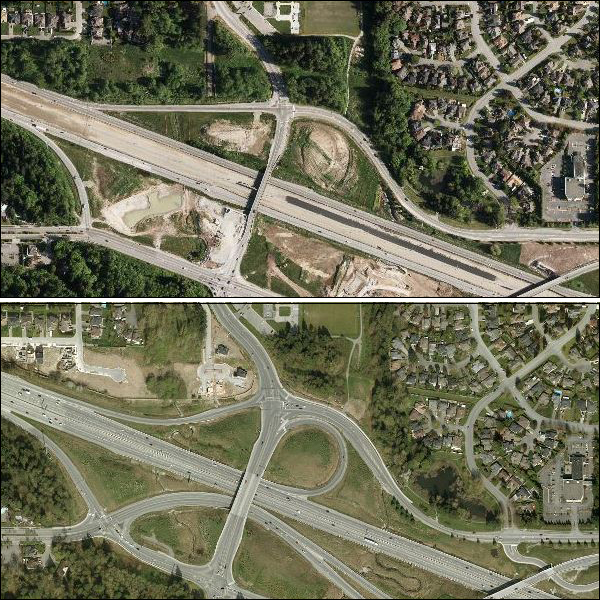 With some at a scale of 282 The resolution on these was entirely new! With such content and scales available to each, This cross-country update was truly a peach. 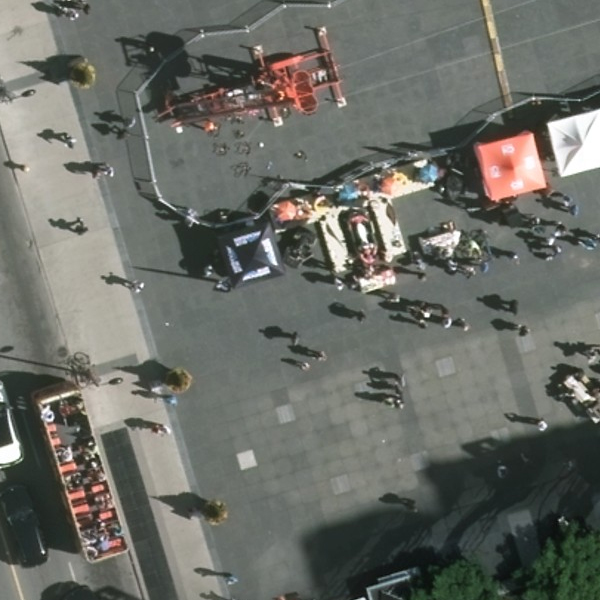 In a blink of an eye and a clear of the cache, The maps they did change as quick as a flash. The updates said nothing and went straight to work, And filled all the apps and then said with a smirk,

“We’ll return with more content to add to your maps, With another great update—even better perhaps.” So now I exclaim, ere we forget this great sight— “Happy Christmas to all, and to all a good night!”