Gun violence in Toronto is rising, but countless shootings go unnoticed until they hit too close to home. Dodge The Bullet provides Torontonians with a visual and measurable way of seeing just how close they were to dodging a bullet.

In 2018 a new record was set when 428 shootings occurred, then 2019 saw the number jump to 490. Some in the city are starting to worry that Torontonians are accepting this new normal and that gun violence is becoming a natural part of the regular news cycle. The Coalition for Gun Control (CFGC) is hoping to curb that notion.

The CFGC was founded in the wake of the Montreal Massacre with a mission to make Canada safer. Since its inception, the CFGC has promoted strategies to reduce gun death, injury and crime. It’s supported by more than 200 health, crime prevention, public safety and community organizations as well as organizations serving women and victims, all across Canada.

As part of its campaign to spread awareness of gun violence in Canada, the CFGC has created a web app called Dodge The Bullet. The app uses the latest ArcGIS API for JavaScript to present a map visualization of recent gun violence incidents that have occurred in Toronto in terms of their proximity to the user. The hope is that this app will bring to light how widespread, but also close to home, these events are. The app uses public records of shooting deaths, dating back to 2004, provided by the Toronto Police Department through their Public Safety Data Portal. 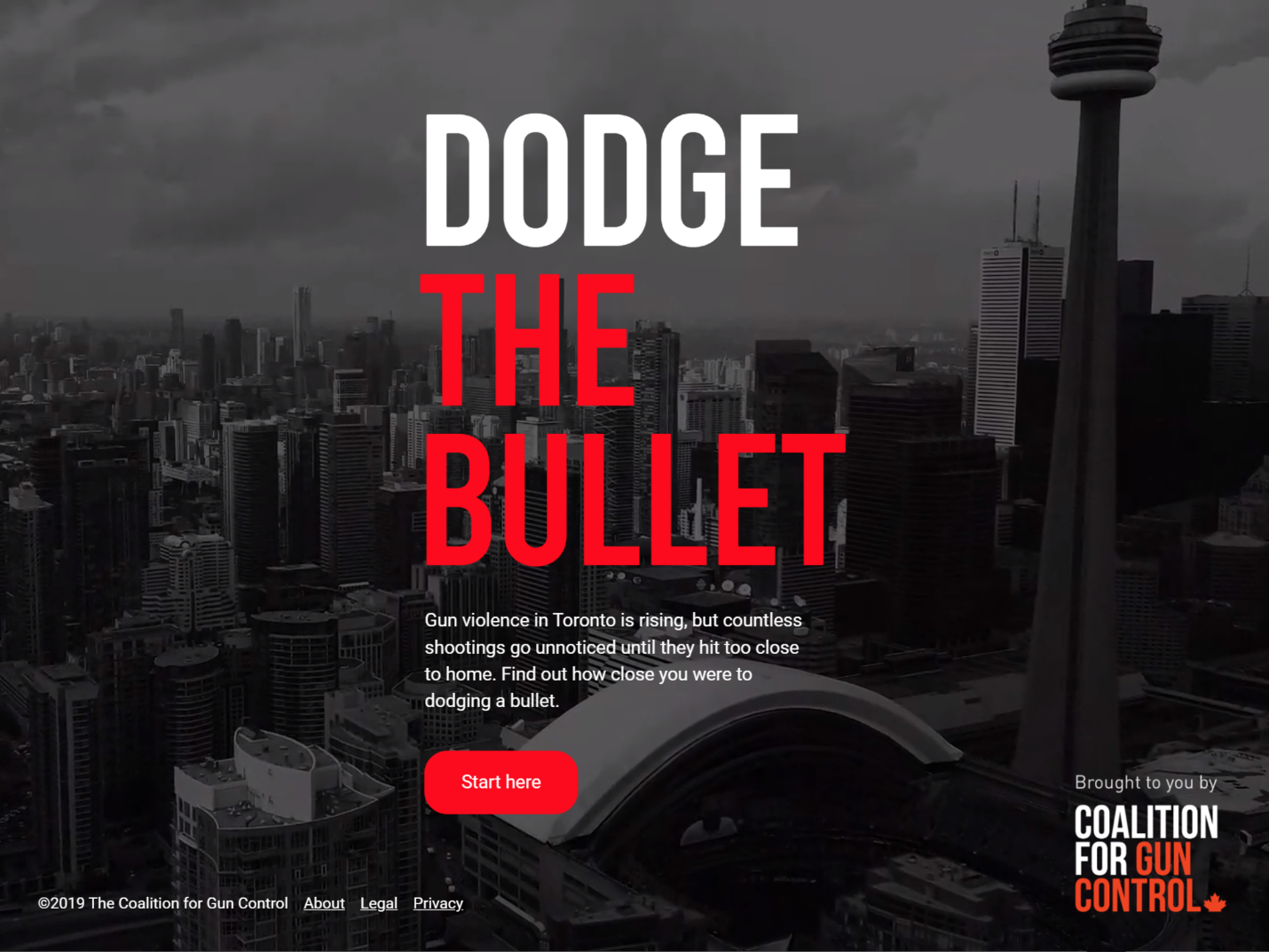 When a user first visits the app, they’re greeted by a striking landing page. The loud font overlaid on a muted, monochromatic panorama of Toronto does well to capture the user’s attention and conveys a sense of seriousness. From this landing page, a single button takes the user to the heart of the app.

One of the strengths of the app is that it’s simple and intuitive without being flat. The app only consists of two pages: the first page has the mission statement for the app and a single button to start the experience; the second page contains the app’s main functionality. 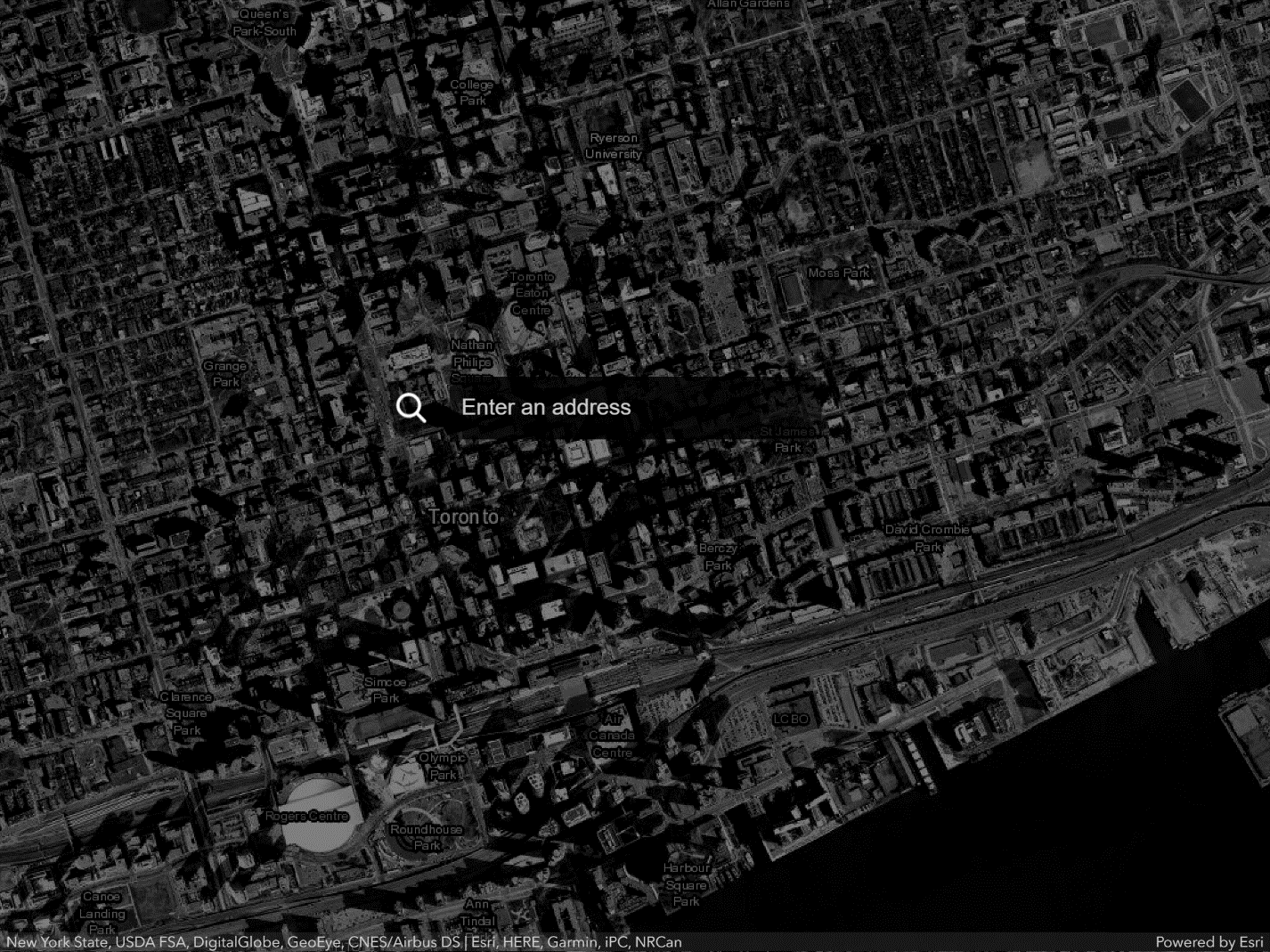 Figure 2. Search box where the user can enter an address or location. Captured on March 11th, 2020.

Once the user leaves the landing page, they’re prompted to enter an address. Alternatively, the user can allow the app to use their web browser’s location services. The address search uses the Esri World Geocoder to retrieve the locations. The Dodge The Bullet app has been limited to only retrieve results from Canada.

After the user has selected an address, the underlying map will pan and zoom to that exact location, indicated by a dot on the map. Another icon will also appear on the map to signify the location of the closest recorded shooting. In addition to these two points, two panels will appear. One panel displays the distance to the shooting event in metres. The other panel contains more information about the shooting and some additional links to allow the user to share their experience. 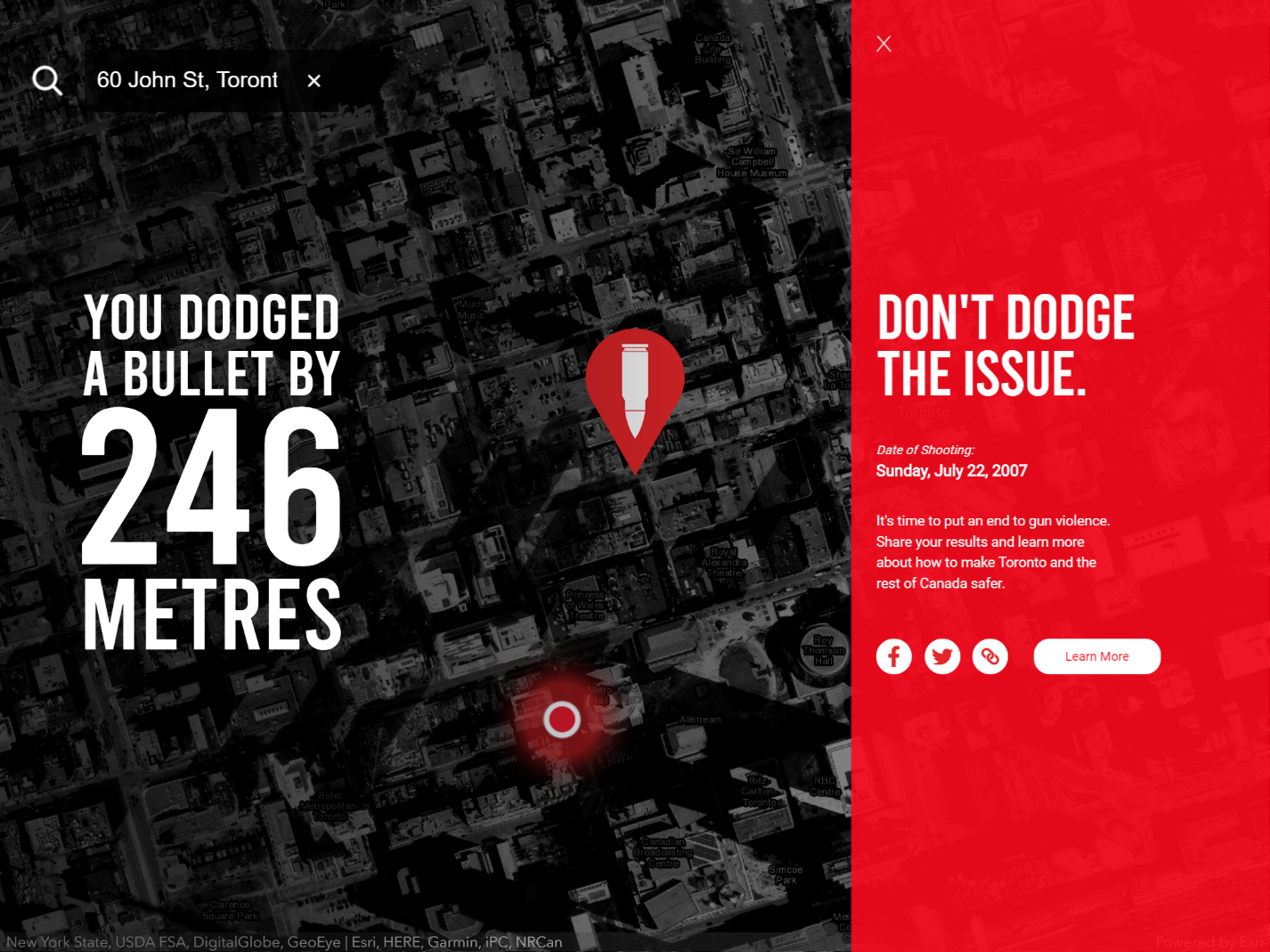 Zooming out reveals more of the shootings in the surrounding area. This allows the user to explore additional shooting events that might have occurred near their location and to see how prevalent shootings may be in their area. The user can then click a different shooting location and have the new distance calculated. 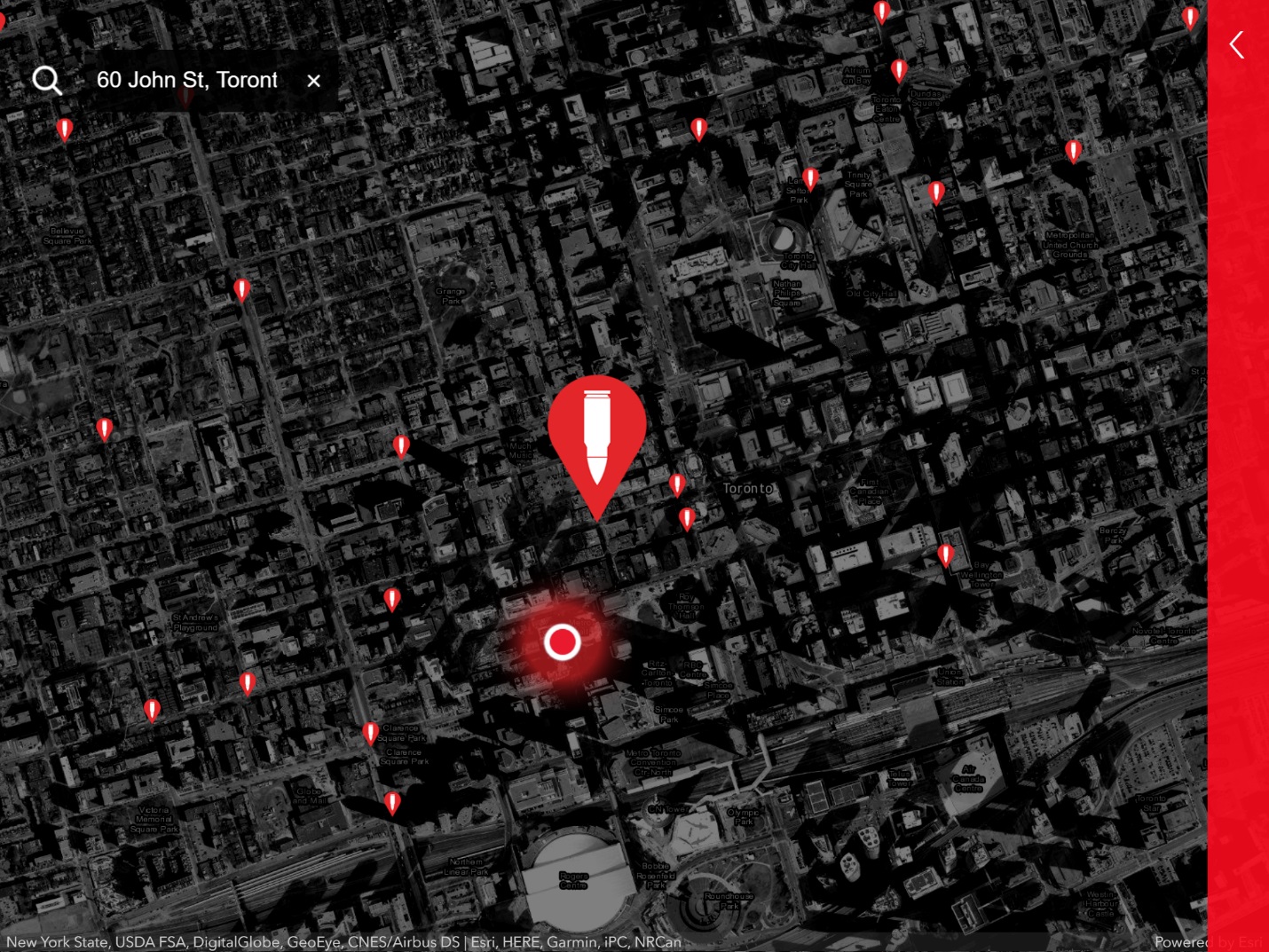 The app has been featured by CTV News and the creators are hoping to roll it out to other cities around the world.

“The reality is in a large city, the chance of any one individual being personally affected is low, which can make the impact feel distant. People read a headline or hear a news report and feel shocked, but unless an incident happens close to home, it feels a bit removed from their own lives. But that is false comfort, because the truth is that all of us have been too close to gun violence.” –Matt McGrath, CFGC

If you want to see a demo of the app, check out CGFC’s video.