Have you ever had data that draws thousands of kilometres away from where you thought it should be drawing? Are you unsure about what the difference is between the Define Projection tool and the Project tool? Do you find geographic coordinate systems and projections confusing? If any of these statements apply to you then this blog post is for you.

For this blog post, I thought we’d explore the differences between the Define Projection tool and the Project tool in ArcGIS for Desktop by listing some do’s and don’ts for each tool.

One key thing to remember about this tool is that it does not translate, modify or adjust coordinate values. The coordinates remain the same; the only thing that changes is the name of the coordinate system associated with the dataset and possibly the units of the coordinates. Let’s look at an example of the consequences of using the Define Projection tool improperly: 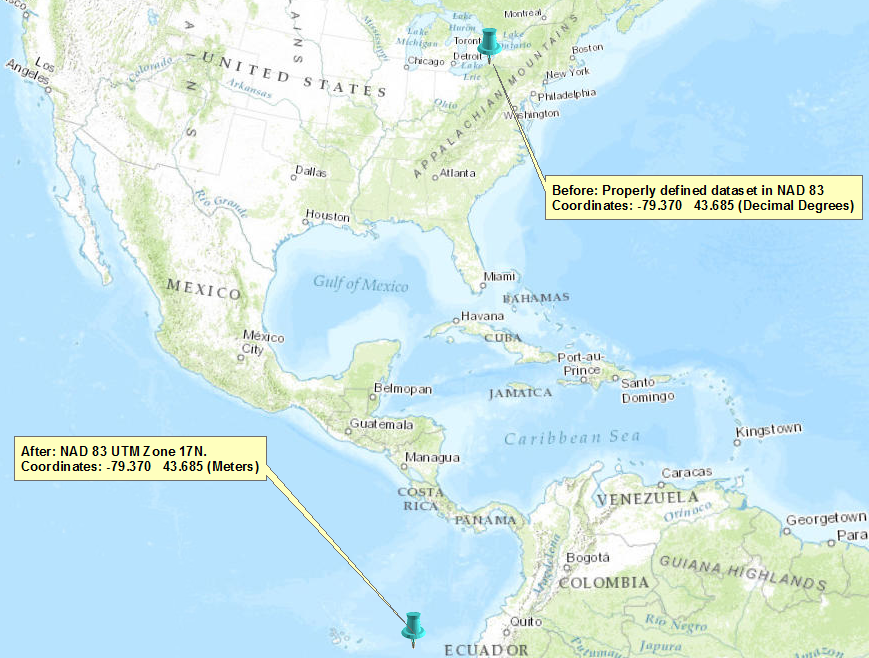 Result: The coordinate values remain the same but the unit changes from Decimal Degrees to Meters causing the data to draw in an incorrect location. 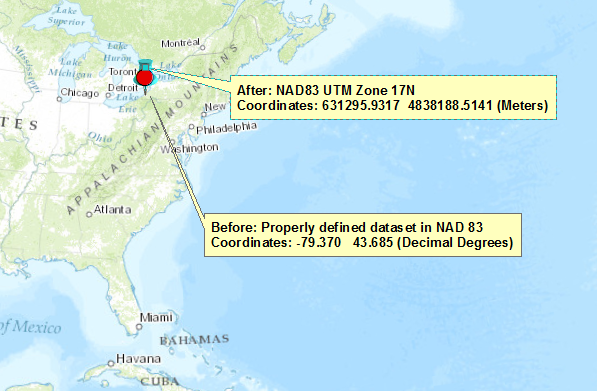