Better mapping ahead with Vector Tiles!

About a year and a half ago, vector tile basemaps became available in ArcGIS Online. Vector tiles are essentially vector representations of the data being used to create the map. In contrast to the raster basemaps which are pre-rendered, the vector tile basemaps are rendered on the client-side based on a style file that comes with them. There are numerous advantages to vector tiles, including:

A new vector tile style editor is now available that makes it easy for you to change the style of any existing basemap. You can select any vector tile map style, including the existing Esri produced basemaps such as the streets basemap or the topographic basemap, and you can change the symbology on any of the visible features.

Once you’ve selected a map style, you can edit it in a variety of ways. 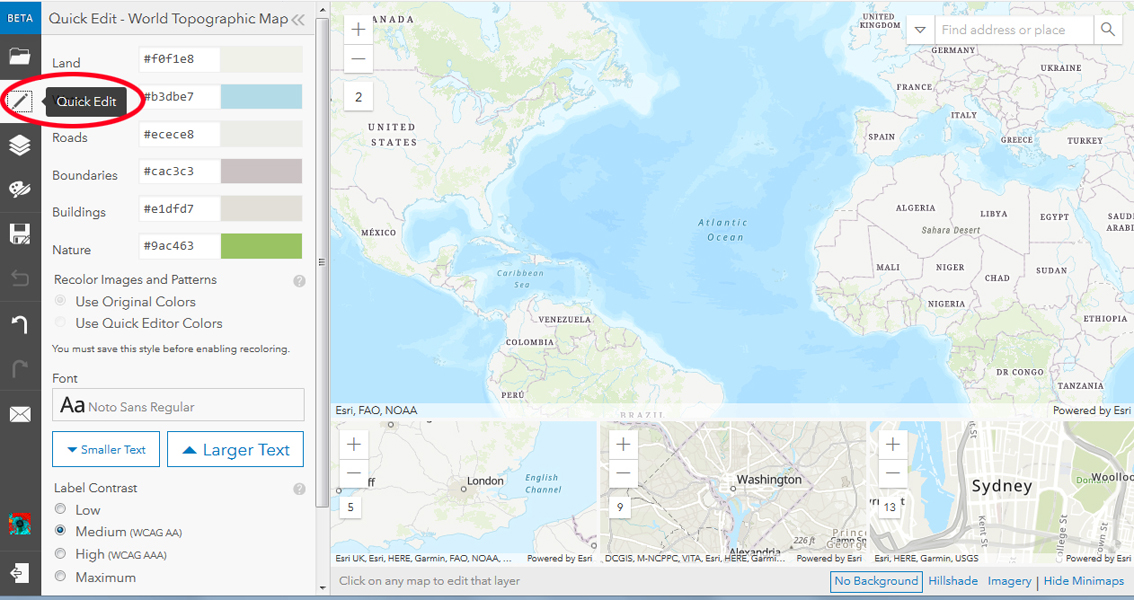 Quick Edit allows you to change all the colours on the map quickly without a lot of finesse. If you click on a colour swatch, you can pick the colour you want or enter a hex value for the colour in the adjoining box. This is perfect if you want to quickly create a different style basemap. But if you want to start tweaking the colours and styles of individual features, you’ll need to go deeper. 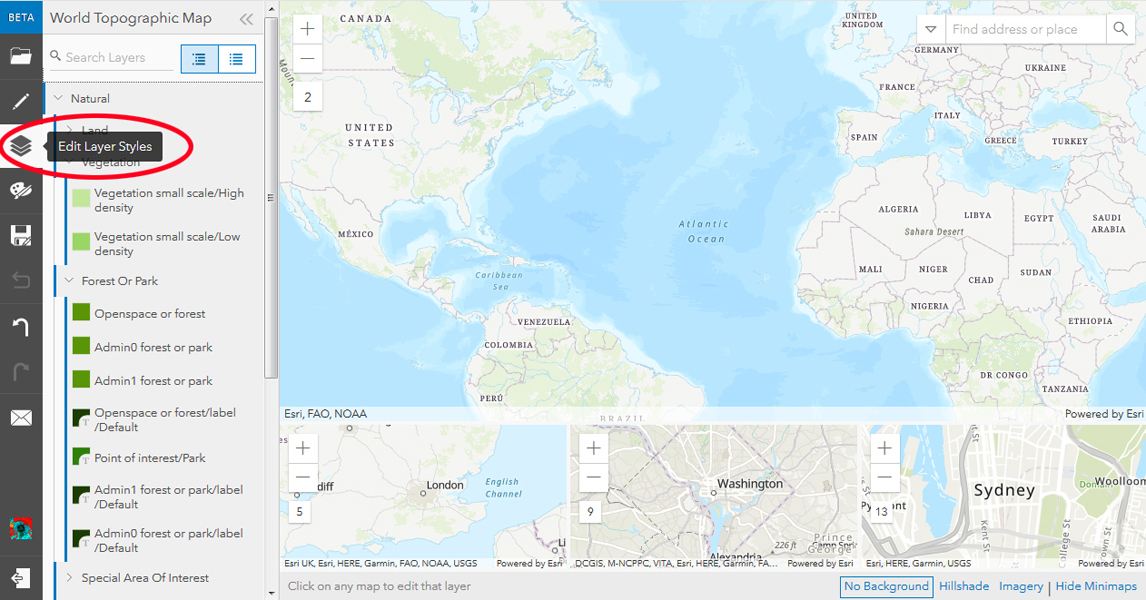 By selecting the Edit Layer Styles button on the left-hand side of the application, you’ll be able to open all the layers on the map and change each layer style individually. Layers are grouped by theme, and each layer that is used in the map appears in the table of contents. Clicking on a layer will open up a more detailed menu that allows you finer control over how you want that feature to appear. 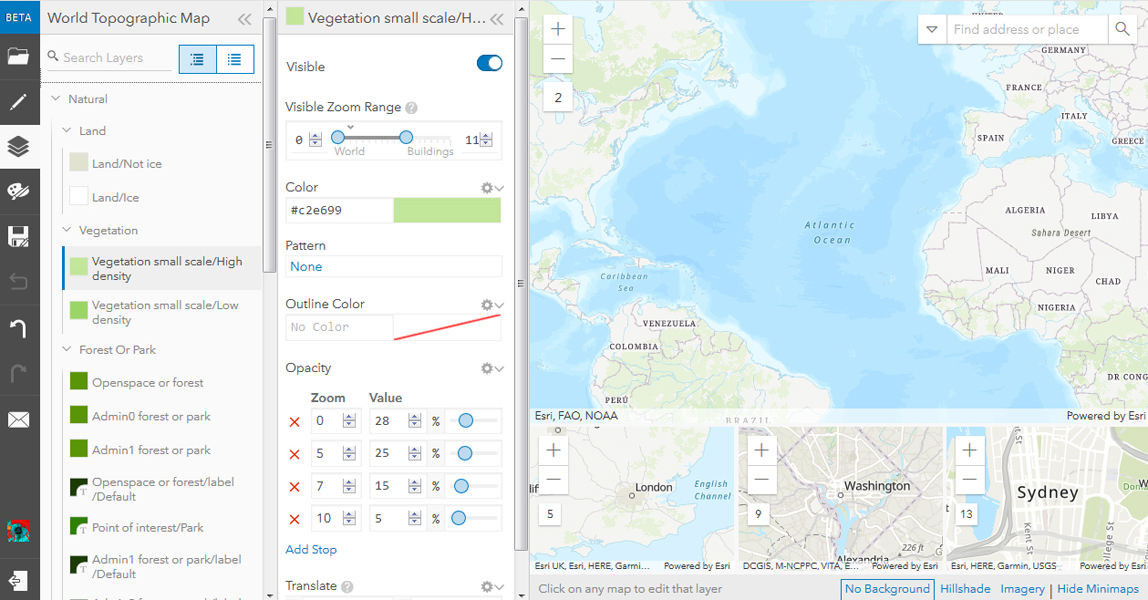 Here you can specify what zoom levels the feature will appear at, the fill colour and pattern fill along with the outline colour, style and opacity. Changing the style here immediately changes the style in the map. If you are not happy with how it appears, the changes can be cancelled, and it reverts to how it appeared before. 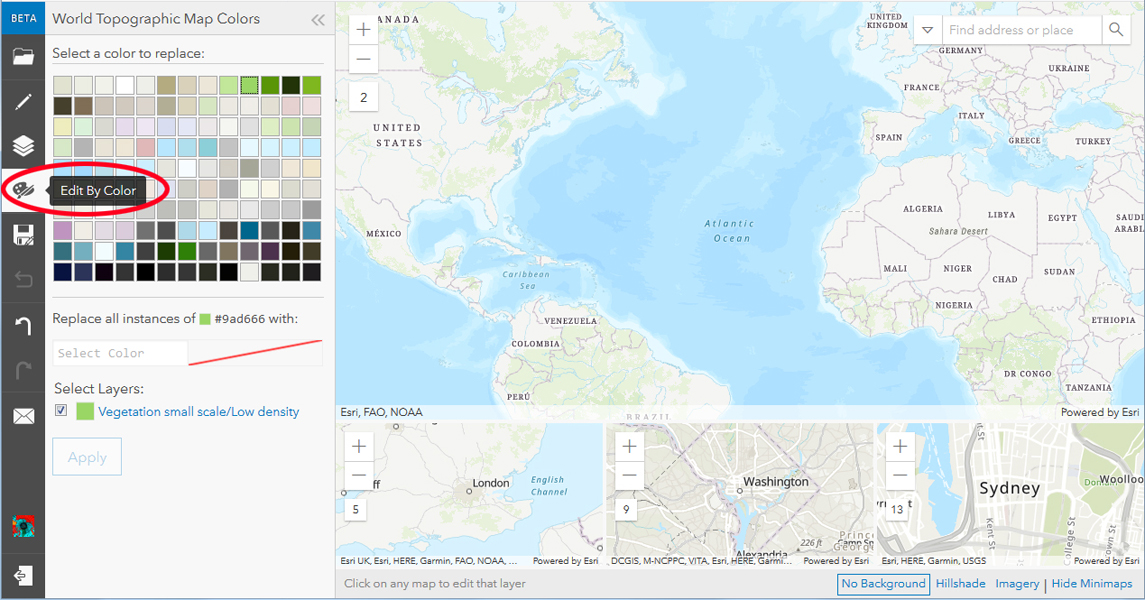 You can also edit the map styles by colour. Clicking on this button will bring up all the colours that are used in the map. Selecting a colour and changing it will change all instances where that colour is used, regardless of the feature. 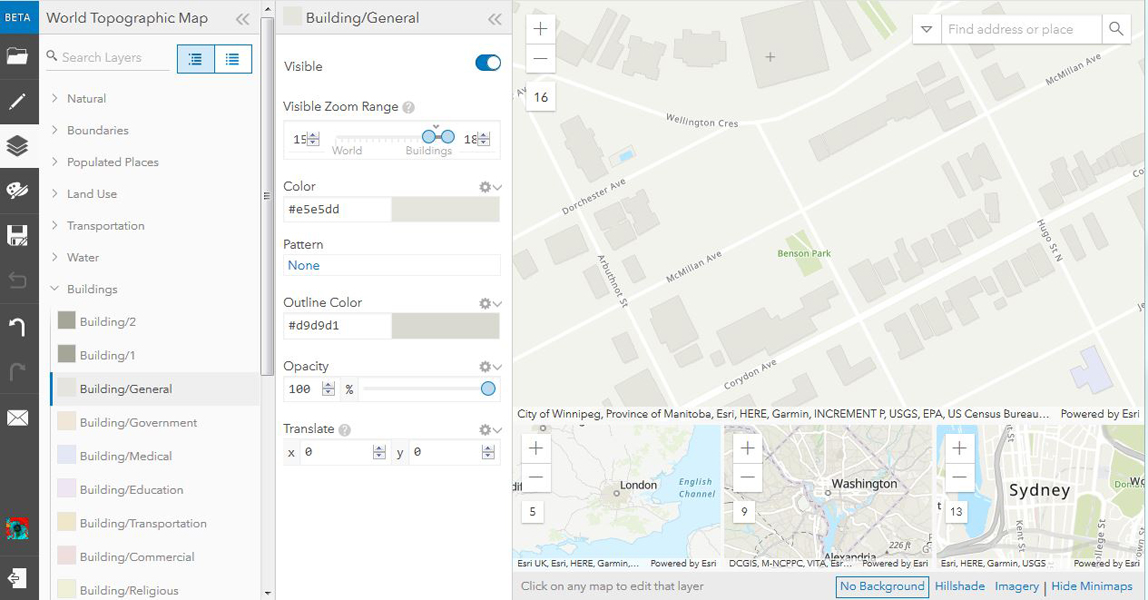 If you prefer, you can also edit styles by panning and zooming on the main map and clicking a feature. This will bring up the style attributes for that feature that you can then change to meet your preferences.

Once you’re content with the changes you’ve made, you can save the map style and publish it to ArcGIS Online.

These are a couple of tips before you start:

The basemap style editor makes it easy to customize the appearance of any basemap and allows the user cartographic control over their online mapping products and presence. Expect to see some interesting new basemaps in the near future!